39% of Top Business Leaders Know Little or Nothing About Blockchain

Blockchain technology is emerging as a key business focus in many industries, with many executives in the consumer products and manufacturing; and technology, media and telecommunications sectors planning to spend the most in 2017.

But, understanding of the technology is uneven according to a study conducted by Deloitte. Many senior executives still know little or nothing about it, while others place it among their company’s highest priorities. And commitments to blockchain vary by industry, in ways that may be surprising.

Almost two in five (39%) of senior executives at large US companies surveyed indicated they had little or no knowledge about blockchain technology. The majority (61%), though, claimed blockchain knowledge ranging from broad to expert. Many of these blockchain-informed executives see the technology as crucial for their company and their industry. 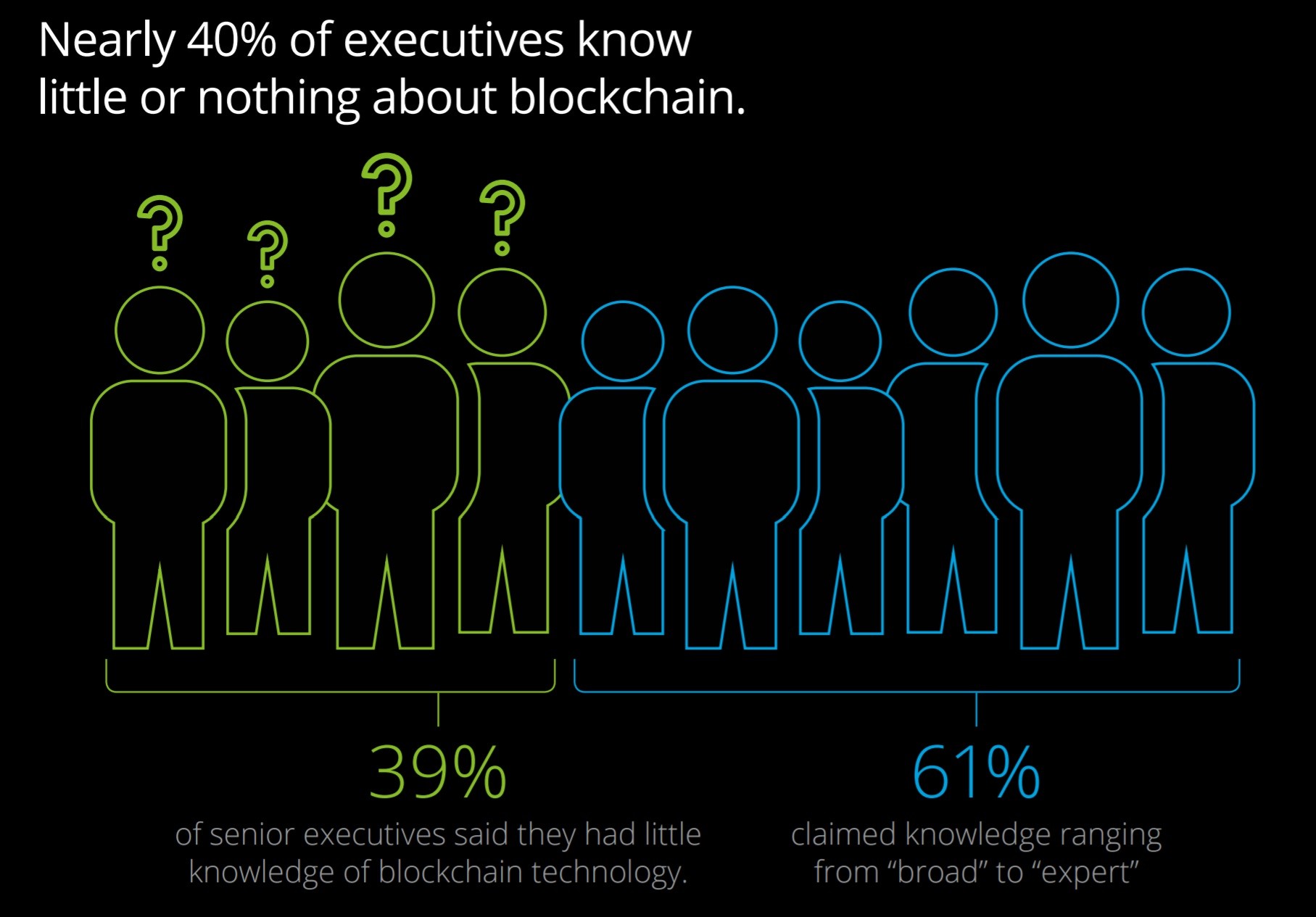 Fifty-five percent of this group said their company would be at a competitive disadvantage if it failed to adopt the technology. Forty-two percent of those surveyed who claimed some knowledge of blockchain believe it will disrupt their industry. David Schatsky, managing director at Deloitte comments:

It is fair to say that industry is still confused to a degree about the potential for blockchain. More than a quarter of surveyed knowledgeable execs say their companies view blockchain as a critical, top-five priority. But about a third consider the technology overhyped.

The survey revealed that blockchain investment and adoption patterns may be more complex than many observers believe. For instance, despite the relative immaturity of the technology, 21% of blockchain-informed senior executives across a wide range of industries indicated that their firms have already brought blockchain into production, and 25% plan to do so within the next year.

This progress around blockchain production is due in part to investments many companies say they have already made. Twenty-eight percent of these respondents reported that their companies have already invested $5 million or more in blockchain technology, with 10% investing $10 million or more. Looking forward, 25% of respondents expect to invest more than $5 million in blockchain technology during the next calendar year.
“This diversity may be a testament to the versatility of the technology,” continued Schatsky. “But it is likely also a reflection of the fact that, despite the hype, the impact that blockchain will likely have on businesses in various industries is not yet fully understood.

Outside of financial services

Investment and adoption patterns vary by industry, in a pattern that defies conventional wisdom. Although the financial services industry was early to show interest in blockchain, and accounts for a significant amount of investment and activity, the survey revealed that other industries may be even more aggressive in pursuing blockchain strategies.

Executives surveyed in the consumer products and manufacturing industry, for instance, expressed the most bullish blockchain outlook, with 42% of respondents in this industry planning an investment of $5 million or more in the coming calendar year. Technology, media and telecommunications executives follow at 27%, and financial services at 23%.

Patent filings are often taken as a measure of innovation. These, too, vary sharply by industry. Twenty-one percent of respondents stated that their organizations have filed for blockchain patents. The most inventive industry as it relates to blockchain may be consumer products and manufacturing, where 38% of respondents say their company has filed patents. This suggests that industry may be on the threshold of a period of significant blockchain innovation.

Another key barrier according the respondents is regulatory uncertainty. Nearly half (48%) of respondents say federal regulations that support the use of blockchain for business purposes such as contracts and financial audit will likely tip the scales in favor of mass adoption. For example, does private blockchain activity represent an inherently reliable confirmation? Does a smart contract represent a legal contract in a court of law? Answering these questions in the affirmative will likely require changes in regulations, laws, practices and protocols. 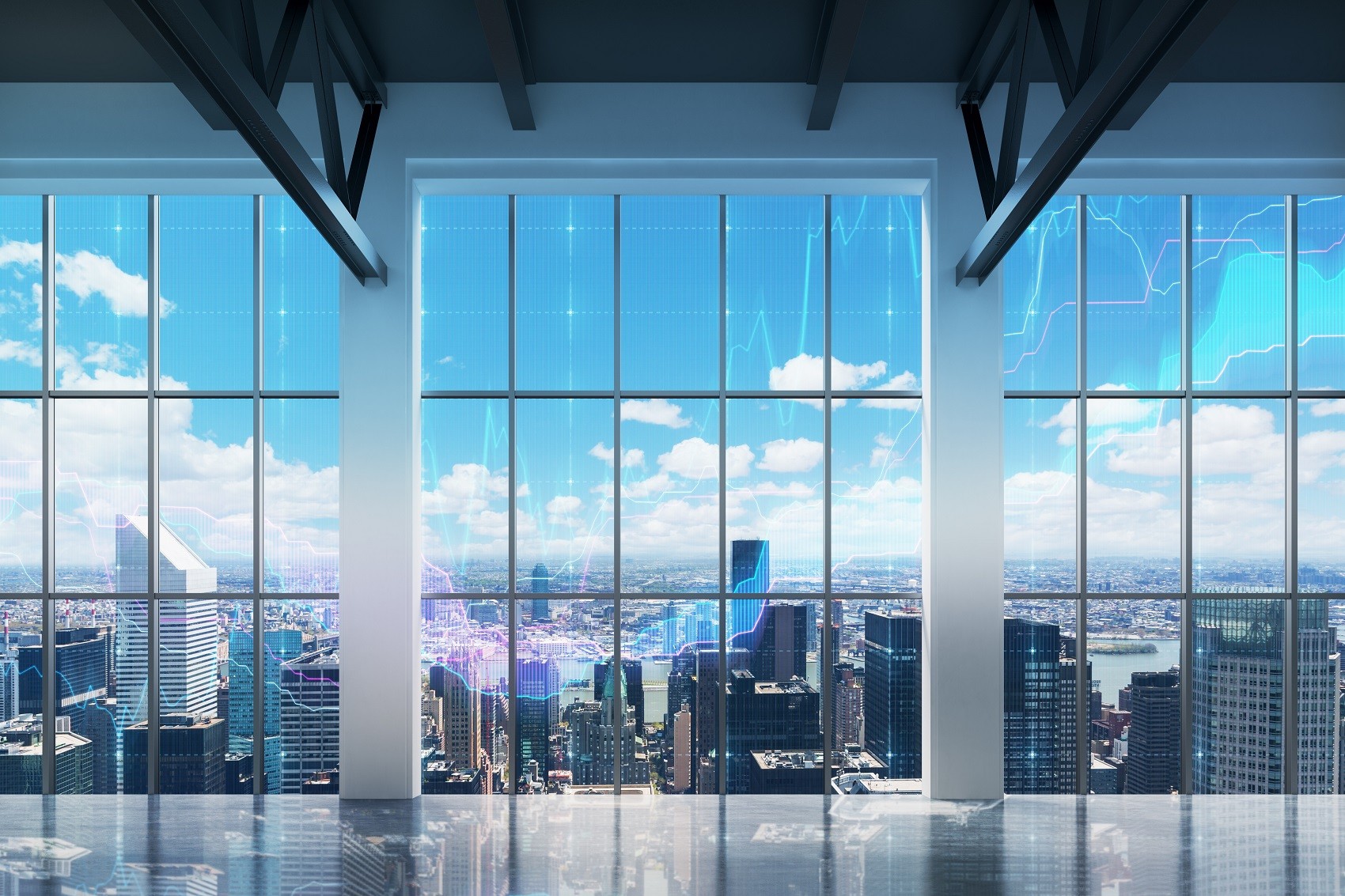