Cutting edge Artificial Intelligence and Natural Language Processing has been used to analyze over 75,000 opinions from across the web to determine a comprehensive list of the most popular online retailers in the US.

Collecting text opinions from across the web – including from reviews, forums, social media, YouTube etc. – the new report found that Barnes & Noble was ranked the best eCommerce site in the US.

In the first study of its kind, AI company Aspectiva, which analyzes UGC from across the web to generate insights for retailers & shoppers, applied its technology to determine exactly what shoppers liked and disliked about key US retailers.

The online bookstore came top in a list of over 40 retailers. Aspectiva’s analysis found that Barnes & Noble shoppers rated highly their “fast service”, “prices” and “easiness” when using their website. Their coupons, however, were flagged as lacking being both difficult to use online and too short in duration.

Aspectiva’s fully unsupervised, text-driven and machine learning AI allows them to distinguish the aspects about each retailer that consumers loved and hated the most. For example, Wayfair was ranked highest for “value”, Walmart best for “deals”, Macy’s top for “products” and Abercrombie & Fitch highest for “quality”.

Amazon came seventh in the list with “order issues” and “poor packaging” being negatively cited online. Apple came ninth with “high prices” and complaints about the iPhone being common causes of complaint. [Full list attached]

At the other end of the scale 1-800-Flowers, sports apparel retailer Fanatics, and sneaker store Footlocker were ranked as the lowest scoring retailers with customer service a regular source of complaint.

When analyzing the opinions of all 42 online retailers, Aspectiva examined which positive and negative aspects were mentioned most often. Retailers will be interested to note that shoppers rated “prices”, positive “service / customer service” and great “deals” most frequently when giving a positive review about a retailer.

In total 76,253 online opinions were collected from across the web. For each retailer, at least 40 reviews were collected. An average of 1,816 reviews was collected for each eCommerce site.  The full list of retailers is as follows: 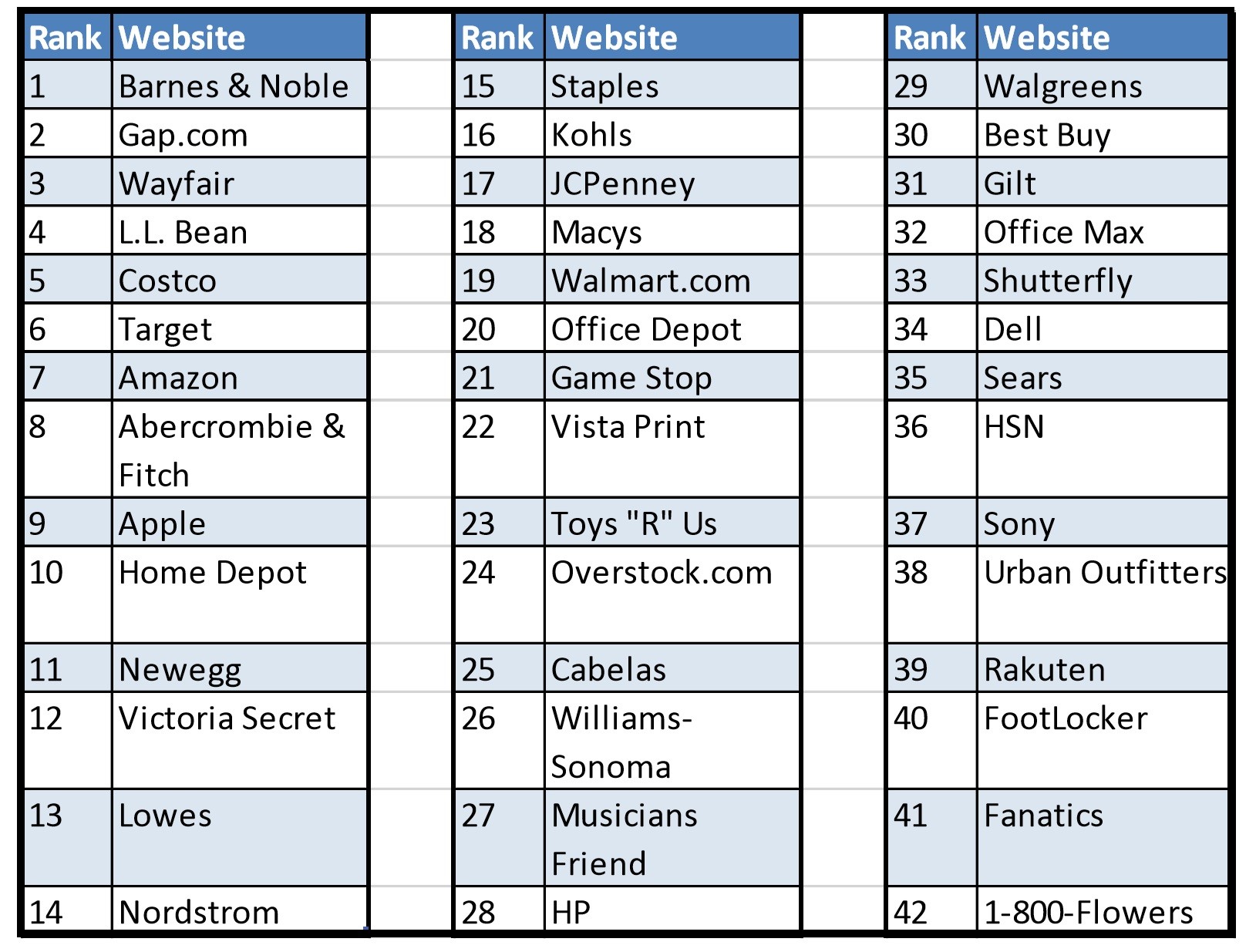 When leaving a negative review about an eCommerce site, consumers mentioned bad “service / customer service” regularly with Rakuten, Urban Outfitters and Dell ranking amongst the lowest for their service. “Prices” is another common complaint and here both Apple and Nordstrom are ranked low. Finally, “damaged or missing items” were mentioned regularly by shoppers with Newegg and Overstock.com placed low down for this specific aspect.

Ezra Daya, CEO & co-founder of Aspectiva, commented on the findings: “The advancement of Natural Language Processing allows us to analyze and understand the opinions of pretty much anything that is being said online. This study shows the huge potential of Artificial Intelligence to efficiently collect massive volumes of opinions and gain intelligence on a scale previously not possible.”

Aspectiva works with a number of eCommerce sites in the US and Europe helping them to leverage UGC to enhance search, product engagement and online conversion rates.

Find out more at www.aspectiva.com 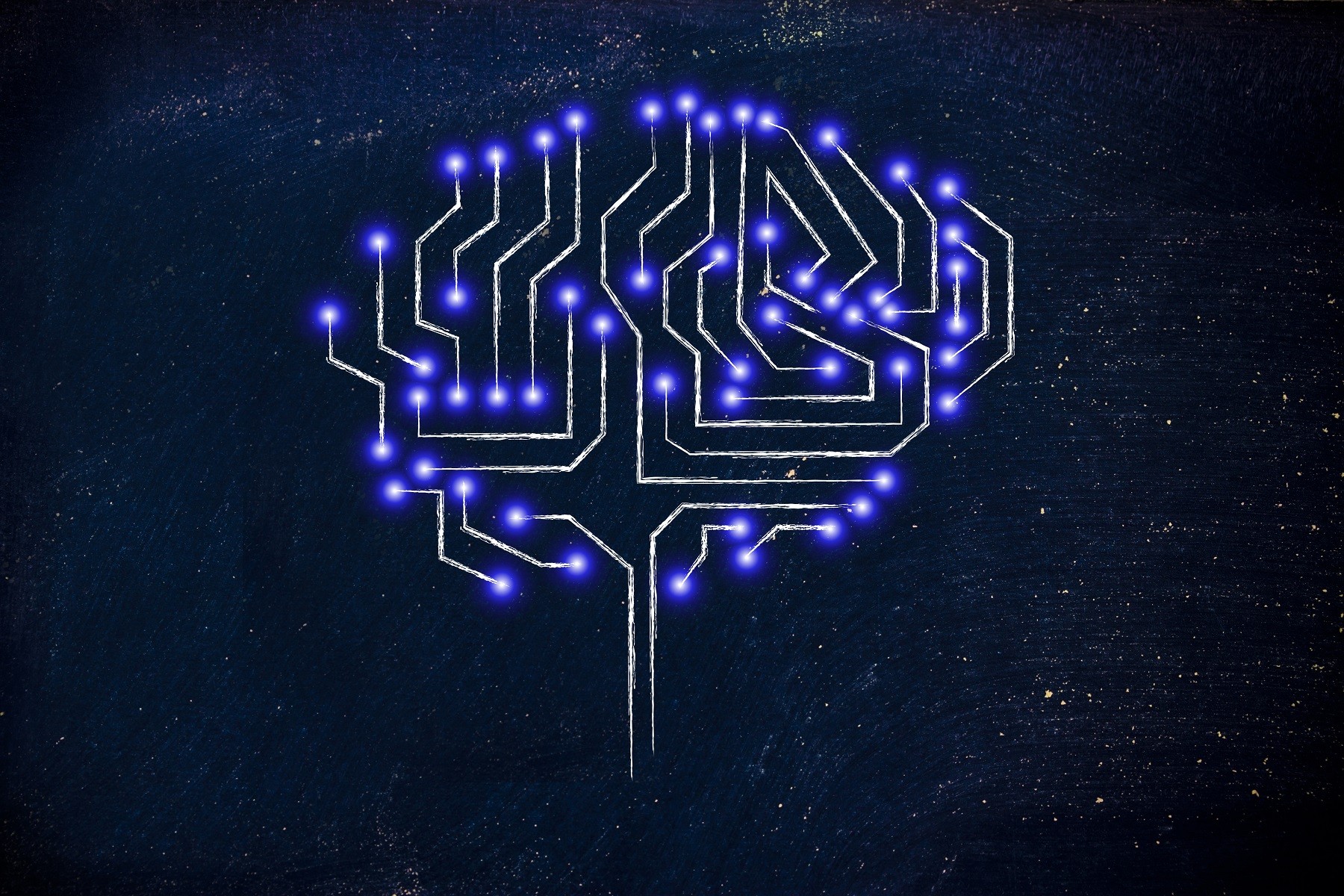