That’s according to a new global survey published by FIS, a global leader in financial services technology.

The annual report, which surveys nearly 500 senior-level commercial, investment banking and broker-dealer executives to gauge their opinions on the future of the industry, found that most believe regulation poses a major impact, and that it isn’t being addressed with sufficient investment.

If a firm addresses such challenges head-on, however – as many highly automated, technologically driven firms already are doing – respondents say it faces a number of opportunities for growth.

The survey revealed that more than three quarters (77%) of respondents expect to be “severely affected” by increased regulations in the next 24 months. However, just five percent of respondents are increasing investment in compliance, and only seven percent in risk. Such a gap indicates a major disconnect between those acknowledging the risk posed by regulation and those responsible for addressing it. Meanwhile, the survey responses indicate that the industry’s slow and piecemeal adoption of modern technologies leaves it vulnerable to regulatory and operational risks.

“Business-as-usual is not an option for the banking industry. With a variety of new international regulations coming into force, commercial and investment banks and brokerages must brace themselves for an onslaught of regulatory and operational risks,” said Marianne Brown, chief operating officer, Institutional and Wholesale, FIS. “This is compounded by the need to keep up with disruptive new technologies coming to market, such as open APIs, mobile computing, artificial intelligence, and blockchain. However, big opportunities exist for lean, agile and highly automated new banking firms that can successfully harness the latest technologies to attract clients.” 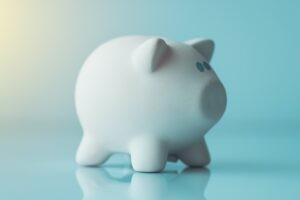 Universal cart: The key to unified commerce in retail

Eight advantages of IoT in banking

Five ways to control spiralling IT costs after disruption
Engaged employees are vital in helping to build and maintain successful customer relationships in competitive industries
Using risk-based SLAs to set vulnerability remediation velocity
How you can use XR tech to achieve your business goals
End-user devices are no longer just an IT decision
Fuel for thought: how electric vehicles can give back to the grid

Five ways to control spiralling IT costs...
Engaged employees are vital in helping to...