Right before 2017’s annual IBC (International Broadcasting Convention), research institute b<>com is rolling out its latest VR demo to the public. b<>com is working with the French theme park Océanopolis to bring park attendees down 20 meters into the depths of the Arctic Ocean through virtual reality. Instead of just testing in-house, they’re going to be bringing their new developments right to the public.

Integration of Hypermedia, Security, and e-Health

Instead of being singularly focused, b<>com aims to innovate in a variety of different fields at once. The Virtual Arctic Expedition shows off a lot of impressive new technology that has applications outside of the “entertainment” people come to expect from VR.

• Six degrees of freedom: Instead of a limited demo environment, the Arctic Ocean represents something boundless—the demo achieves the “next step” in VR with wireless and lagless movement.
• Smart VR: Users interact both with each other and the environment, with AI incorporation and real-time behaviour adaptation. VR has ceased to become solitary technology, as virtual divers can interact with each other.
• Social VR: The Virtual Arctic Expedition exists outside of the demo itself through social media as well.
• 3D Audio: Collaboration with scientists has led to perfection of spatialized audio, leading to the most immersive possible VR experience imaginable.

The demo is also a good illustration of the Usage and Acceptability Lab works with non-invasive measurement of psychological and physiological reactions. This integration of platforms will allow b<>com to become a player in the digital revolution of medicine while also being at the vanguard of network development and cloud computing. 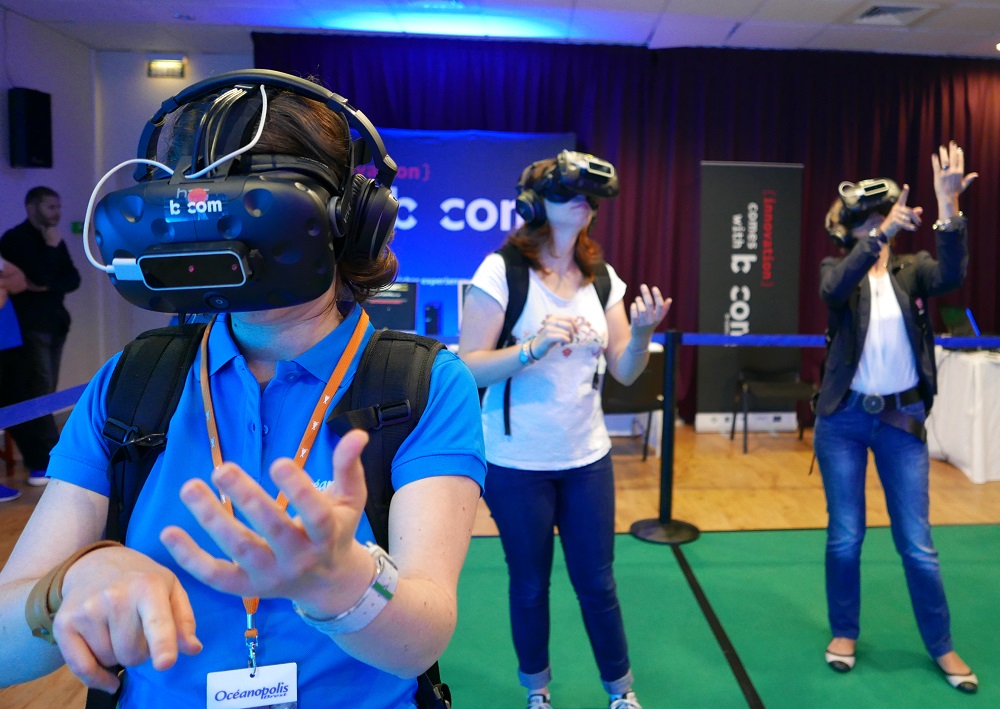 “The expertise that we have developed in the field of virtual reality, immersive interaction, cognitive sciences, artificial intelligence, and audio/video/graphics formats allow us to offer engaging virtual reality experiences,” says Ludovic Noblet, Director of Hypermedia at b<>com. “The potential is enormous for content creators and distributors. Our work with Océanopolis allows us to apply our technologies to “edutainment” content, but we are also looking at several professional sectors, like health and industry.”

Thanks to the results of this live tests at Océanopolis, b<>com will be showcasing enriched versions of the experimentation at IBC in September. From the 14th to the 19th, the Virtual Arctic Expedition will be on display, as well as a several other developments including their award winning real-time SDR-HDR conversion through an FGPA-based platform, as well as next-gen video compression in a 5G context.