How can businesses break the barriers for cloud adoption?

According to insights from IDG, growth in cloud adoption has been marked; while 81% of organisations already use cloud computing, or have applications in the cloud, a staggering 55% are now using more than one public cloud.

The benefits to companies are clear: greater platform and service flexibility, stronger resilience and business continuity prospects, as well as improved decision making. But that is not to say that all organizations have successfully migrated their workloads to the cloud just yet – larger companies with legacy IT software to consider, for example, may find this difficult. Meanwhile, other organisations who have already started with their cloud journey will instead face barriers when it comes to deeper and more systemic adoption.

This begs the question: what should firms consider when navigating cloud implementation?

As I have already mentioned, one of the most pronounced issues that large corporations must grapple with is dealing with legacy systems. It goes without saying that cloud-based technologies are by no means a plug and play solution, so businesses will naturally need to think carefully about their strategy before going ahead with cloud migration.

First things first, businesses should consider their long-term plan. This involves making some difficult decisions about which monolithic systems your organisation plans to keep in the coming years, and which platforms it plans to dispose of and replace altogether. It is important to note, here, that taking a ‘lift and shift’ mentality –simply taking legacy applications and moving them to the cloud – will not necessarily allow businesses to get the most value out of cloud infrastructure. Rather, this approach can result in a more complex and costly system architecture.

Business leaders should therefore determine the financial implications of migrating legacy systems to the cloud and ask themselves “Will there be any monetary impact resulting from temporary downtime?”, and “Does my organisation have the resource in-house to facilitate the process?”. These will all be key considerations when redesigning your data centre from the ground up, and decision-makers should remember that realising the full benefits of the cloud can only come when considering it as part of a holistic digital transformation strategy.

Security is also one of the biggest perceived concerns for businesses looking to migrate to the cloud. Indeed, according to research from Coalfire, security concerns abound, as a staggering 93% of enterprises said that they were moderately to extremely concerned about security problems, which have placed a barrier in the way of more aggressive cloud adoption.

Given the large amount of sensitive data that corporations store, or plan to store, in the cloud, this is understandable. Likewise, while many cloud service providers continue to provide and advance their security services, still, the onus ultimately rests with the customer to secure their data within cloud environments. According to that same Coalfire survey, the journey to cloud adoption is marred for many by these difficulties, with 64% organizations citing data loss and leakage as their top concern, while data privacy and confidentiality come in close at 62%. Insecure interfaces and APIs, misconfiguration of cloud platforms, unauthorised access, compliance and a lack of visibility into infrastructure all pose issues, too.

So, how to tackle security issues?

These findings only serve to emphasise the fact that organisations must regularly re-evaluate how well their existing security measures serve the needs of their business, while also considering whether they are fit for purpose when it comes to protecting their IT environments as they grow and change. As part of this, businesses should also allocate a significant portion of their budget to boosting their defences. Investing in cloud platforms that can encrypt data-at-rest, automate compliance and have APIs that can audit and alert about security events would be a good start.

Finally, although cloud-based platforms have the ability to reduce costs for organisations, another hurdle to successful cloud adoption for many firms will actually be the cost of implementing these tools in the first place. Even Mark Zuckerberg has given his two cents on the matter.

While there may be no doubt that an initial investment can be costly, businesses should note that cloud computing can be a much more efficient way to consume computing resources than managing data centre hardware or large packages of legacy software.

Particularly for small businesses, moving to the cloud can help organizations scale quickly, accelerate new product launches and expand internationally with ease, and without needing to build a mass of servers. As well as offering more storage space, increasingly, cloud providers are offering data analytics, prediction and machine learning – as such, businesses should be discerning about where they are more likely to see a better return on investment and allocate their funds accordingly.

Ultimately, organizations would do well to look into cloud solutions that do more than just provide spare capacity; tools with in-built cost optimisation, for example will be worth their weight in gold. The truth is, that with any new or novel technology, there will naturally be barriers preventing investment – but businesses must remember that they are not insurmountable. 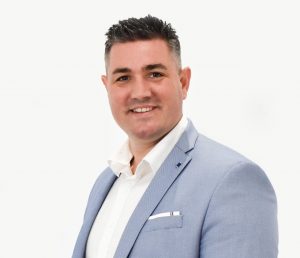 Chris Starkey is the founder and director of NexGen Cloud, which is on a mission to bring cheap affordable cloud computing to all. London-headquartered NexGen Cloud is working with Cudo Ventures to disrupt the cloud compute market. With data centre operations established in Sweden and Norway, the company is able to deliver infrastructure-as-a-service cloud computing that is cheaper and greener than the mainstream providers. NexGen Cloud also provides opportunities for investors to access the cloud sector, giving them the chance to share in the growth of market sector by investing in compute power.