New research published today in the annual NTT 2016 Global Threat Intelligence Report reveals that cybercriminals have shifted their focus from traditional financial markets, to targeting the retail sector.
Retail organisations experienced nearly three times as many cyberattacks as those in the finance sector which was top of the list of cyberattacks on organisations in the 2015 report. Cyberattacks on financial industry dropped significantly to fourteenth position.

The retail sector topped the list of all cybersecurity attacks on all sectors at just under 11% in this year’s report, knocking the finance sector out of first place.

Matthew Gyde, Dimension Data’s Group Executive – Security, explains: “The retail and financial sectors process large volumes of personal information and credit card data. Gaining access to these organisations enables cybercriminals to monetise sensitive data such as credit card details in the black market, which validates that cybercriminals are motivated by the rewards of financial crime.

“Retail companies are becoming increasingly popular targets as most process large volumes of personal information, including credit card data, in highly distributed environments with many endpoints and point-of-service devices. Such diverse environments can be difficult to protect.” 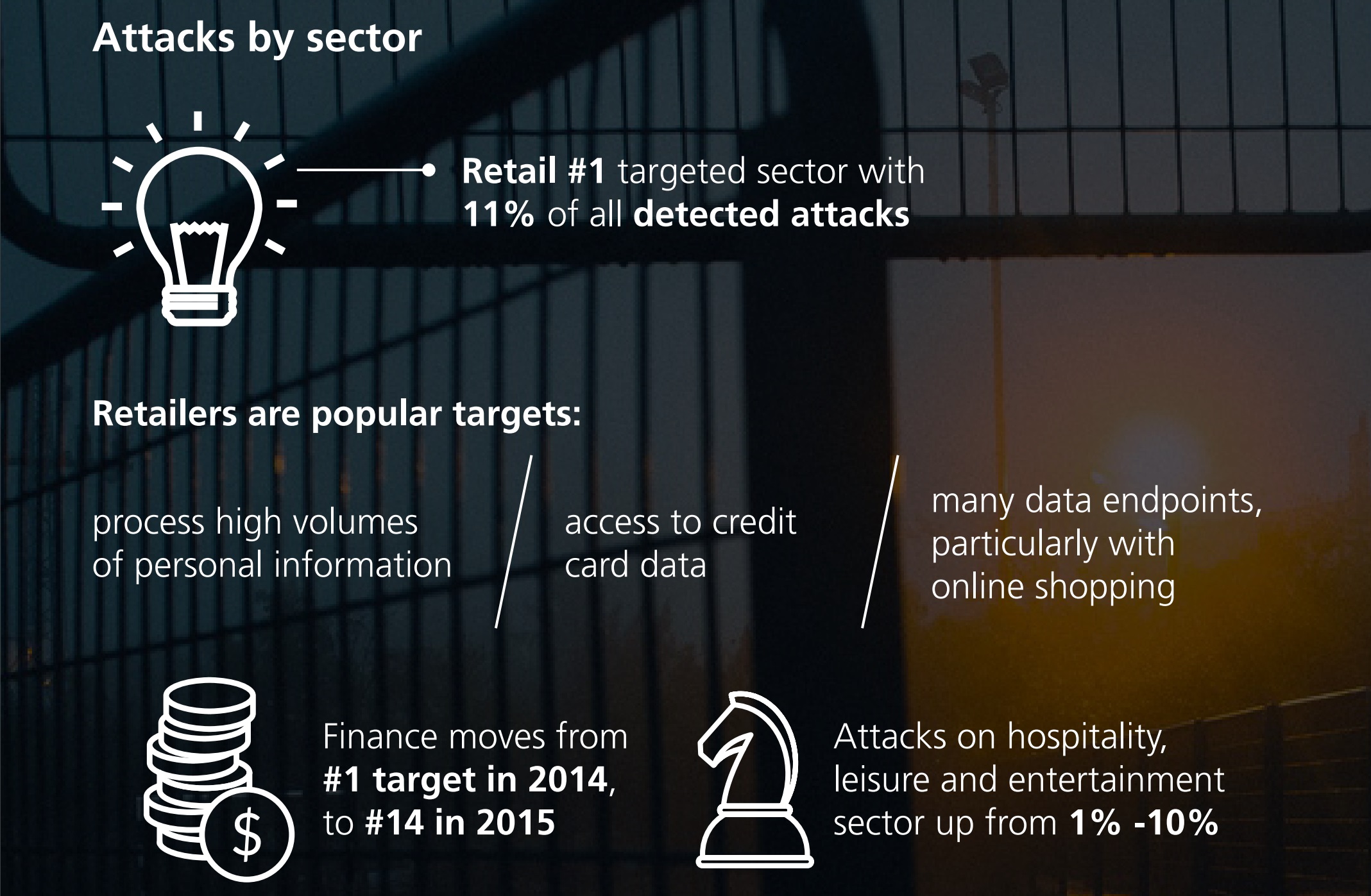 Other highlights in the NTT 2016 Global Threat Intelligence Report include:

65% of attacks originated from IP addresses within the US. However, these IP addresses which could be located anywhere in the world. Cybercriminals are adopting low-cost, highly available, and geographically strategic infrastructure to perpetrate malicious activities. 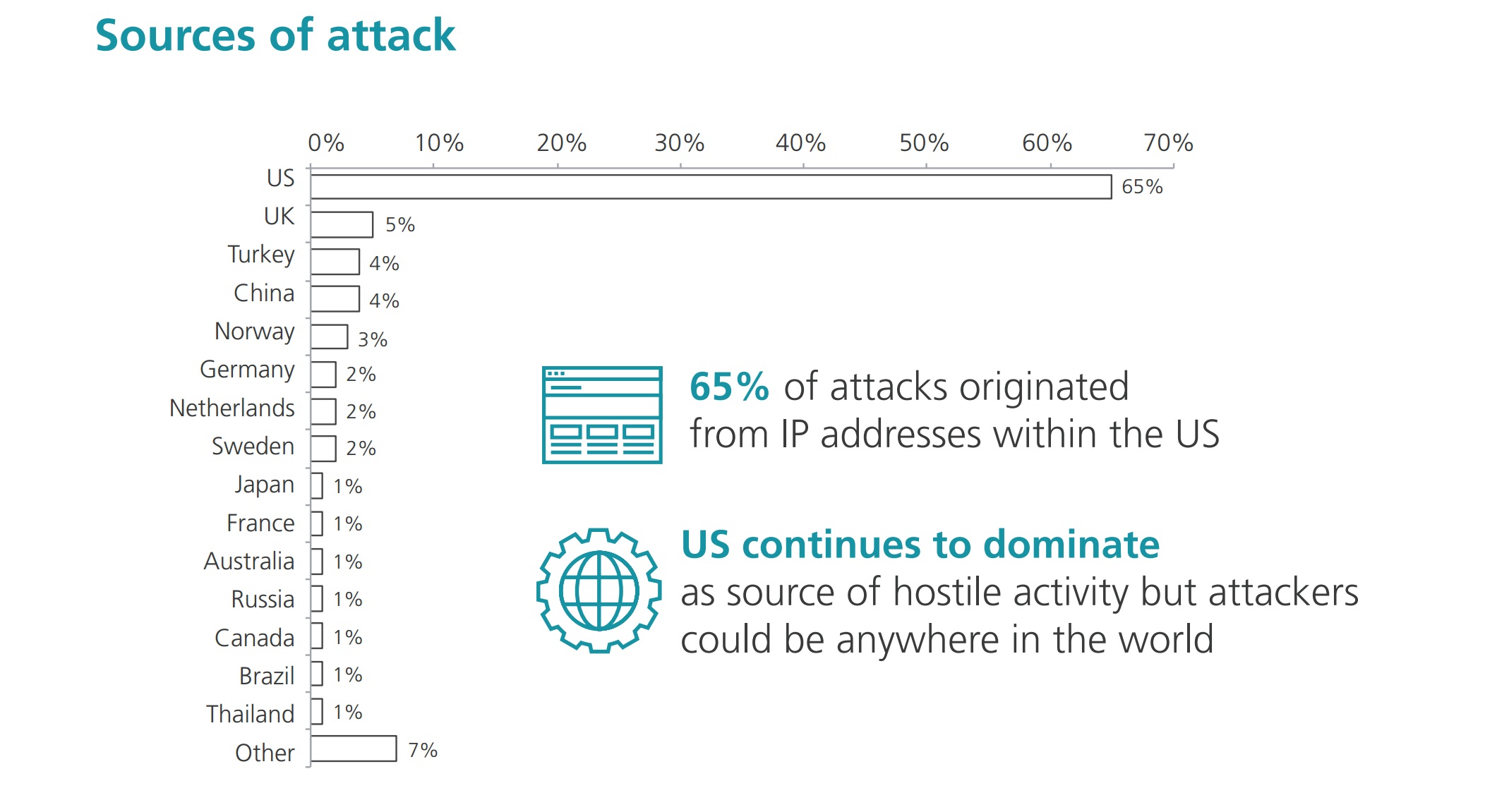 Cybercriminals are increasingly leveraging malware to breach the perimeter defences of organisations. In 2015 there was an 18% increase in malware across all industries, excluding the education sector.

The frequency and complexity of malware is becoming more stealthy and sophisticated: while organisations are developing ¹sandboxes to better understand cybercriminal’s tactics to protect themselves from attacks, at the same time, malware developers are aggressively developing anti-sandbox techniques.

Analysis of ²honeynet attacks in organisations reveals that attackers are making use of telcos and hosting providers to conduct their operations.