How digital influence is redefining the customer journey in retail

That’s according to Deloitte’s latest study, “The new digital divide: The future of digital influence in retail.” The fourth annual report deepens the exploration of the growing gap between the digital experiences that brick-and-mortar retailers deliver to customers and the experiences their customers actually desire.

This year’s study unveiled new insights around consumer behaviors that present opportunities for brick-and-mortars to regain their footing in an increasingly fragmented digital marketplace:

Digital do-it-yourself (D-I-Y) is a no win for retailers
Despite the impact of digital influence continually increasing, the ability of retailers to influence the purchase journey is decreasing. Digital platforms such as Facebook and Google are already hosting real-time interactions with customers for several hours each day. As a result, they are shaping and redefining the customer’s definition of a great experience through a constant real-time connection.

“Any retailer who thinks they can build their own personalized experience to interact with customers anywhere near the extent of major digital platforms and find success may be disappointed with their results,” said Jeff Simpson, principal, Deloitte Consulting LLP and co-author of the study. “Their limited interaction with customers–about six to eight transactions per year–limits their understanding of the ‘moments that matter’ in a personalized experience such as purchase intent and preference. Instead, retailers should more aggressively embrace integration and the native capabilities of the major digital platforms where their customers have already chosen to interact and transact.”

“Millennial” is now a “mindset”–not just a demographic
According to the study, more than three-quarters (78%) of non-millennials are now using digital devices either two or three times throughout their shopping trip. Mobile device usage is no longer as heavily skewed toward millennials. Data shows that the age gap is shrinking as now–across all age groups–customers are turning to their mobile devices before and during the shopping journey. 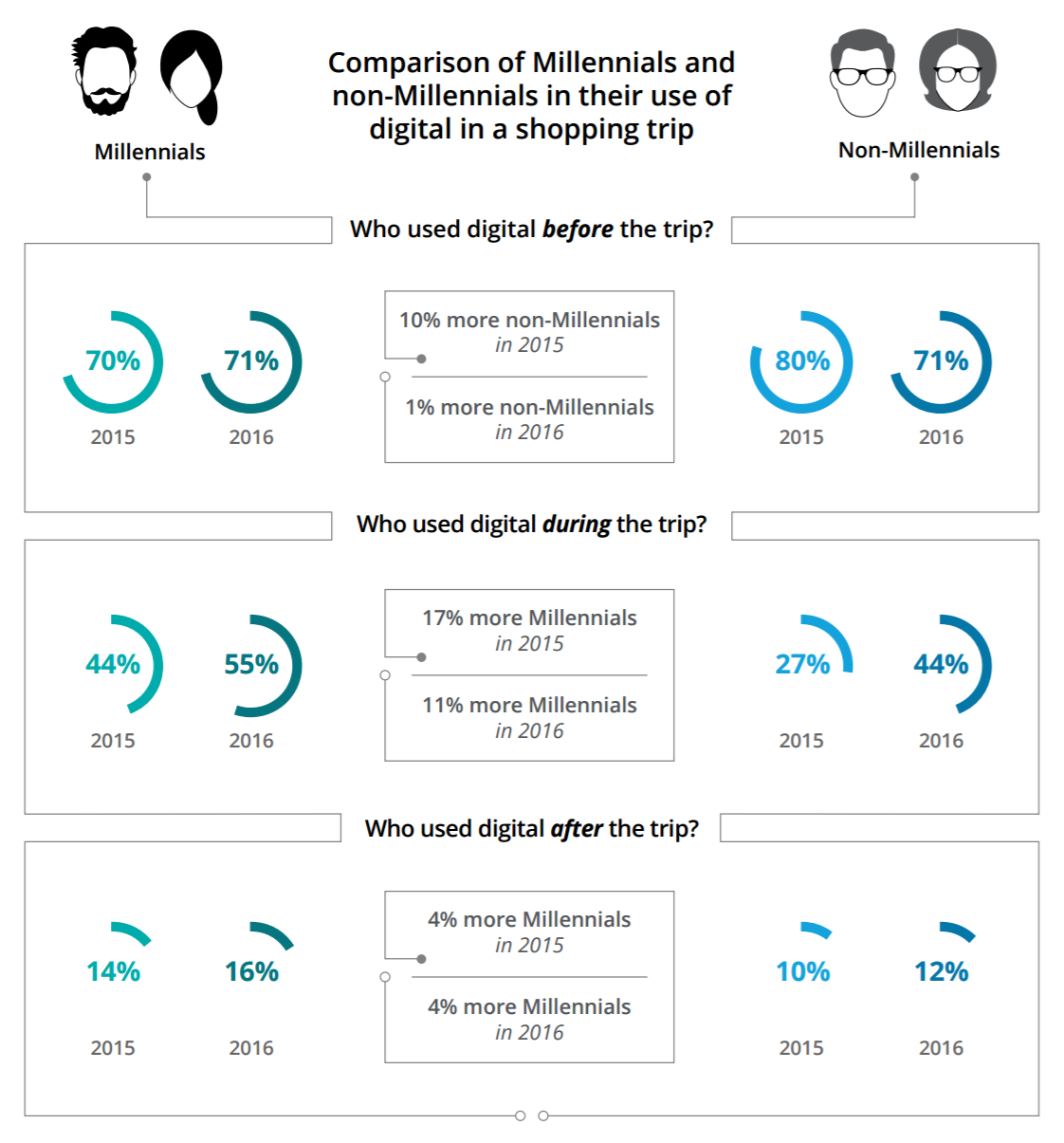 “The important thing to remember is that most of today’s buying power still remains with non-millennials,” said Lokesh Ohri, senior manager, Deloitte Consulting LLP, and leader of customer engagement, content and commerce offerings in the retail practice. “A better idea is to consider all the verifying types of customers, determine how they use digital differently in the purchasing journey and create a broad range of customized experiences for each.”

Consumer control over interactions with retailers could spell trouble for traditional advertising
When it comes to engaging with retailers, more consumers are taking control over when and how they interact with a brand. Retailers’ ability to influence that journey is at an all-time low.

According to the study, two-thirds (66%) of consumers now prefer a self-directed shopping journey, up from nearly one-third (30%) in 2014. The study also revealed the diminishing influence of advertisers. Specifically, two years ago 70% of surveyed consumers said they responded to advertising compared to nearly 30% in this year’s study.

The survey also showed a marked increase in customers’ willingness to share data with almost half (48%) of shoppers and 58%of millennials willing to share data in return for personalized service. For example, more consumers are starting to share their location and personal details to acquire better service and perks from a store or to receive more personalized emails with recommendations and suggestions to blogs.

“The majority of consumers’ preferred method of locating, buying, and receiving product in-store has been redefined by their online experiences,” added Simpson. “This proves the store has more influence over online purchases than retailers may think.” 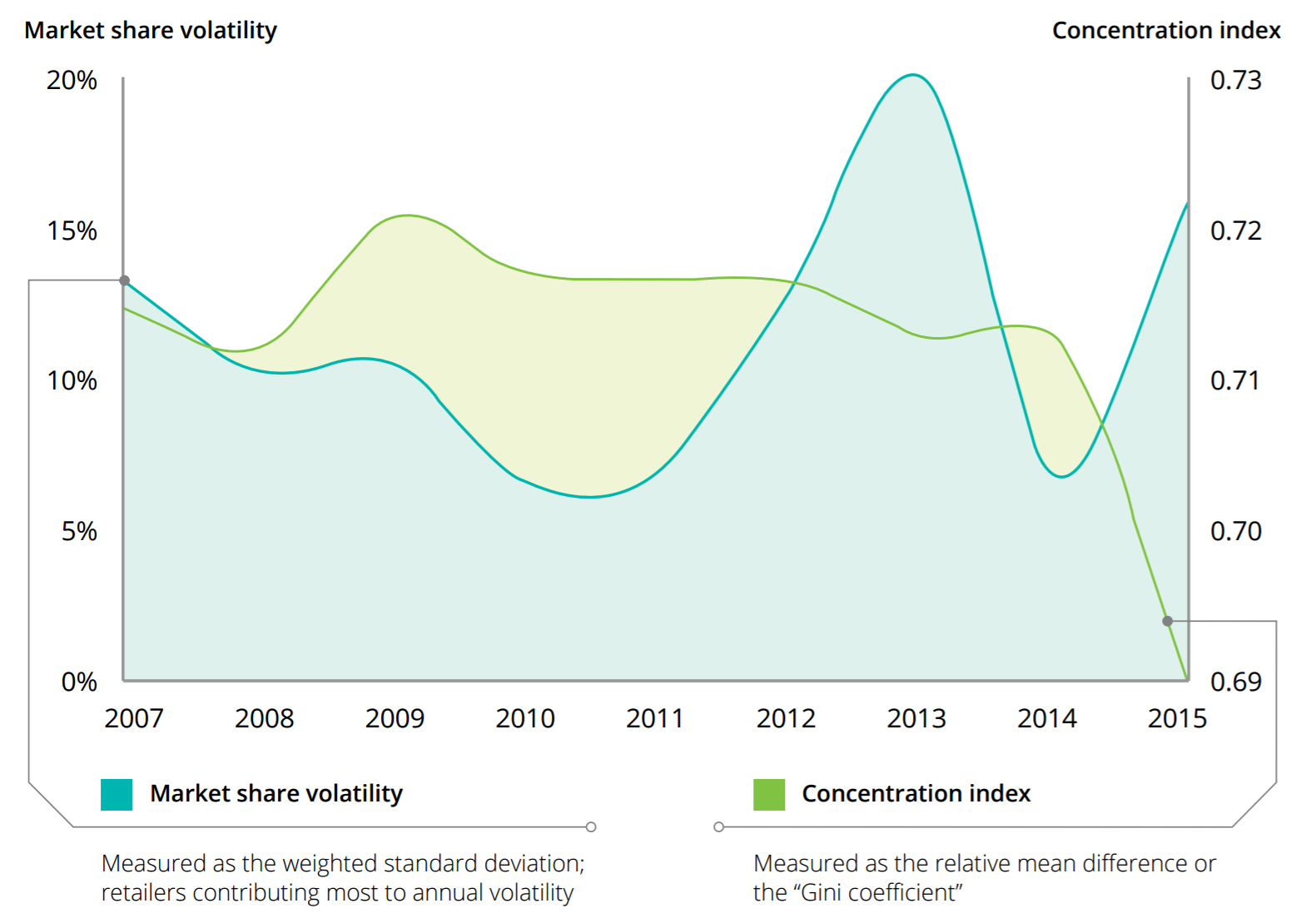 Product categories: Don’t treat them as the same
Similar to last year, electronics remains the most digitally-influenced category, where 69% of purchases are impacted by digital interactions before purchase, up from 62% in 2015. However, two areas grew considerably year-over-year: the digital influence in the grocery, food and beverage category jumped 49%; and health and wellness climbed 32 percent.

Retailers who embrace category differences and recognize that digital initiatives appeal differentially across their customer segments and merchandise categories have an advantage. If every investment, prioritization, and decision is evaluated at both the customer and category levels, they can be one step ahead of the competition.

The survey was commissioned by Deloitte and conducted online by an independent research company April 25–May 5, 2016. The survey polled a national sample of 5,014 random consumers. 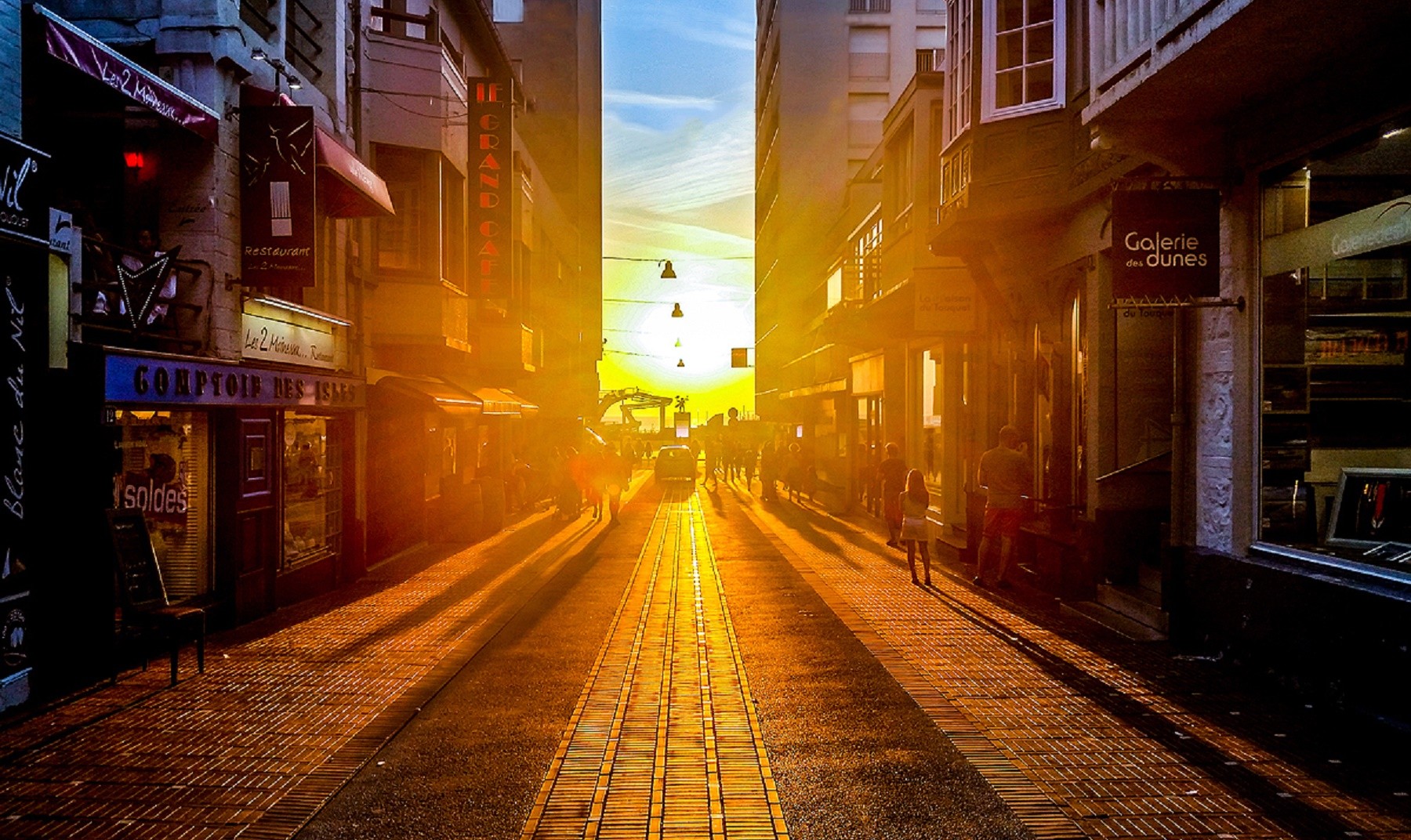