Enterprise app use on the rise, despite mobile malware sophistication

The use of mobile apps within organisations is heating up with nearly 80% of companies using more than 10 apps for business, according to the third edition of the Mobile Security and Risk Review.

This bi-annual report, released today by MobileIron, provides IT security leaders with timely information about the state of enterprise mobile apps, the mobile threat landscape, and the emerging risks facing their organisations.

“MobileIron was founded on the idea that mobile apps and data would become fundamental to mobilising business workflows,” said James Plouffe, Lead Security Architect, MobileIron. “This edition of the Mobile Security and Risk Review shows that apps are not only critical to business, but that employees around the world rely on these tools for parts of their jobs that were once relegated to the desktop, such as presentations and spreadsheets.”

The third edition of the Mobile Security and Risk Review updates data from the first half of 2016 and discusses an emerging set of mobile threats, including enterprise compliance failures, compromised devices, and data loss risks.  For the first time, the review includes: 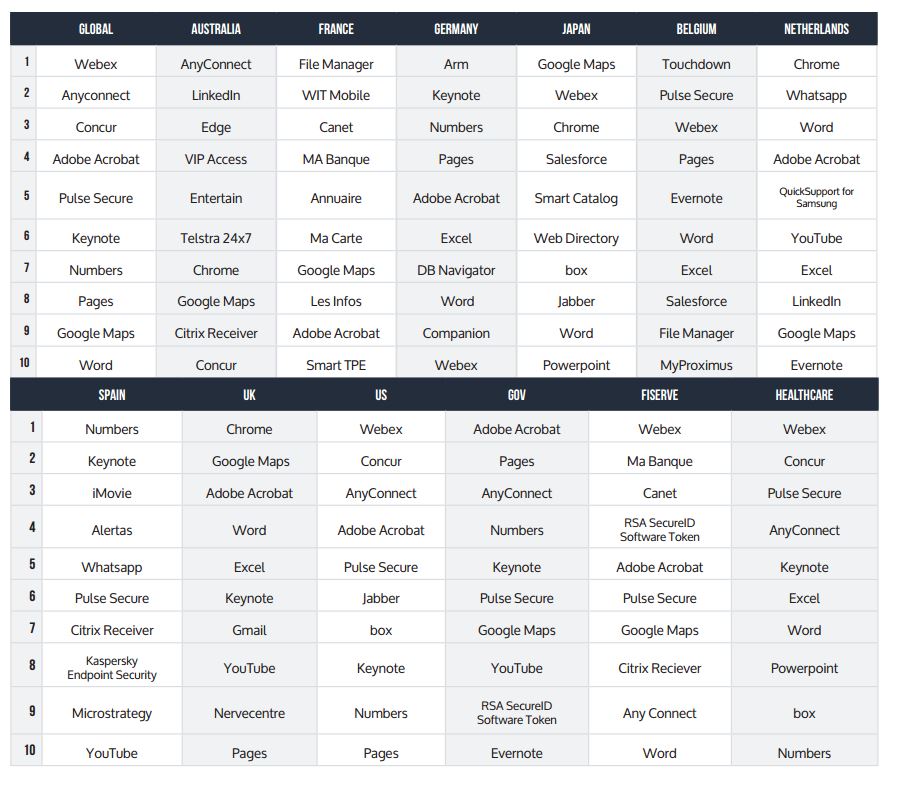 The end of 2016 was plagued with high-profile vulnerabilities and new malware families that were not present in the second edition of the Mobile Security and Risk Review. The severity and sophistication of these attacks increased to unprecedented levels. Notable examples include:

While mobile malware sophistication is on the rise, enterprises did little to improve mobile security best practices, even in highly regulated industries. Security hygiene highlights from Q4 2016 include:

“Mobile security is still a new competency for many organisations and their internal security policies and processes are not keeping up with the technology,” said Plouffe.