Hoarding medicines, global policy-making by Twitter, celebrities with the power to wipe billions off stock valuations, cyber-attacks that can cripple national health organisations and shipping companies at ease

It’s not an overstatement to say we are living in the era of uncertainty.

For many organisations, this can be disconcerting – while they may be used to dealing with the vagaries of macro-economic forces, never has this chaos been combined with the speed of the digital era. Their customers don’t care that delays at a terminal have meant a service or product is unavailable, just that they can’t have it when they want it – and they’ll happily share their unhappiness.

Keep calm and plan on

It can be hard not to panic, particularly when the likes of Tesco are making plans to stockpile food and other products in the event of a no-deal Brexit, or when car manufacturers are mothballing production lines in preparation for perceived storms, or when motorways are being earmarked as lorry parks.

However, it’s crucial that businesses remain calm. Customers, suppliers and employees are relying on companies to make the right decisions to preserve as close to ‘business-as-normal’ as possible.

That doesn’t mean sitting around and pretending everything is fine, like a 2019 Canute; it means putting in place plans that cover the possibilities and eventualities. In other words, knowing the ‘what ifs’ and having a measured, effective response for any scenario. Do that, and businesses can steal a march on less organised competitors.

Managing chaos in a fast-paced world

After all, being in business is often an exercise in chaos management. Good operations focus on the things they can control – who they hire, how efficient they are, solid forecasting and proactive customer relationships – so to lessen the impact and make sure they can react quickly to the things they can’t. For instance, haulage companies might manage the fluctuations in fuel prices by trying to group as many part-shipments together as possible to fully utilise their trailer loads, so that they make less journeys in half-empty trucks; manufacturers deploy just-in-time logistics to negate the requirement for storing redundant spare parts.

Having said that, when it comes to building those plans, how can you predict the unpredictable? And how do you react at pace when situations can change in the blink of an eye, or the post of a tweet?

It might seem ironic, but the solution to digitally-exacerbated chaos lies in digital technologies. Part of the issue of operating today is the speed at which things change. Therefore, any solution needs to be agile and able to react just as quickly. While data may now be considered the world’s most valuable resource, it has always been possible to access a variety of external and internal data sources to provide hard evidence to back up insights and assessments when developing plans. The challenge has been, being able to bring all that together, across internal silos and in varying formats, to form a cohesive and clear direction.

Now, however, organisations have the ability to quickly connect and verify different data sources. Breaking down the silos, they can access a clear view of what’s needed in order to formulate solid, evidenced-based plans.

That connection allows organisations to rapidly harness data from a variety of sources to quickly formulate and adapt plans. That could be rerouting shipments into a distribution centre with capacity if the preferred location is unavailable, deploy trucks and drivers to alternative ports if primary points of entry are suffering from congestion, or updating promotions and stock availability if deliveries are delayed or demand outstrips supply.

Planning doesn’t slow you down, it puts you ahead

The key to all those situations is being able to move fast. The chaos of today might seem like it renders any form of long-term planning redundant, when in actual fact it does the opposite – it necessitates planning, continuously, at speed and as connected as possible. By being able to access and collate critical data sources businesses can reduce the impact of uncertainty and build realistic, actionable responses to all their potential ‘what ifs’. Those that do will be in a much stronger position to not only survive the chaos but seize the opportunities that will inevitably appear. 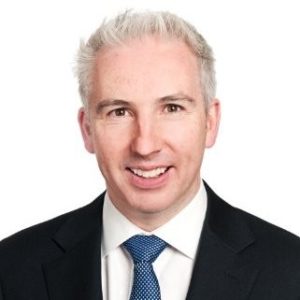