FinTech’s Opportunity in the Coming Recession

The finance world is abuzz over the possibility of an upcoming recession. For many people, a recession will mean some belt-tightening, fewer career options, and a higher likelihood of being unable to repay debt. At the peak of the last recession, Americans’ average FICO score was 686 – today, that number is 703. Yet despite high credit scores, Millennials and Gen X are also challenged by record high debt.

This level of debt is less of a concern while the economy is strong, but economic plunges tend to have a ripple effect across families; less income means a reduced ability to pay bills. For those who are already overburdened financially, a recession could have a detrimental impact on their credit, as a lower credit score could drive interest rates up and curtail access to additional credit lines.

Unprepared for Another Recession?

The last recession had a devastating impact on Americans’ finances. Millions of Americans have only just recovered from the long-term credit score effects of loazn delinquencies, foreclosures or bankruptcies, which can lead to borrowers paying hundreds or thousands of dollars more on everything from credit cards to auto insurance.

The average American household has $8,284 in credit card debt, and another recession could increase credit card debt to new heights. However, borrowers with a low or “subprime” credit score may not be able to obtain traditional credit, and thus resort to non-mainstream, high-interest credit products.

FinTechs Have the Solution

The US has seen an explosion of financial technology companies (FinTechs) in recent years, seeking to disrupt outdated models in the financial industry. Subprime borrowers, and those turned away from traditional lending structures, represent a key demographic. Fintech innovation is particularly fueled by helping people with low or no credit build their credit scores and escape the high cost of bad credit.

Historically, secured credit cards have been among the most prominent solutions for people who are new to credit or have poor credit history. But secured credit cards typically require an upfront deposit, as much as $500, which can be prohibitive for the very people who need such a tool to improve their credit. The solution to helping consumers build credit without an upfront security deposit is to offer more of an installment plan, using equity from a credit builder loan as a deposit for a secured card and on-time payment history in lieu of a hard inquiry.

The tool itself is not new – credit builder loans have existed in credit unions for 40-50 years. But many people are unaware of this offering and do not have the tools to use it; FinTechs provide a delivery model that reaches and resonates with today’s tech and mobile-savvy consumers, particularly Millennials. Instead of taking time away from one of several jobs (44 percent of workers aged 25-34 report taking additional jobs to make ends meet) to go to a physical bank during business hours, borrowers are empowered to manage their finances directly from their phones at any time, day or night.

These new FinTechs, with an eye toward social good, are restructuring the financial landscape to support the most in-need low or no-credit borrowers. They will be especially important in the coming recession as borrowing increases and Americans’ need for a strong credit score rises. For Millennials, it will be a way to guard against losing the gains they’ve made since graduating into a severely depressed market a decade ago.

For Gen Z, many of them will be experiencing a recession for the first time as adults and may not be prepared. Boosting their credit scores now, in advance of an economic downturn, will help mitigate potential losses and recession-proof their finances. Traditional lenders have thus far not demonstrated an ability or interest in pivoting to meet the needs of this underserved demographic, creating a unique opportunity for FinTechs to thrive.

James Garvey is the CEO and founder of Self Financial, Inc., a venture-backed startup that’s helping people build credit and save money. Self launched nationwide in November 2017 and has helped thousands of Americans get started with credit. James Garvey is a software engineer by trade and holds a degree in mathematics from University of California, Davis. 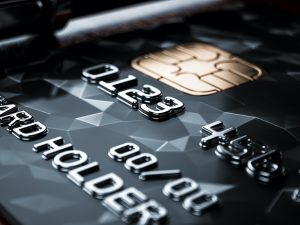 Financial inclusion is nothing without security: finding a better balance for prepaid cards 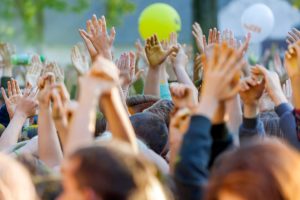 The discovery stage of your cloud migration project
Cyber Security: The Operational Illusion
Is the race for technological innovation another David vs. Goliath story?
Artificial Intelligence: Coming Soon to a Barnyard Near You
Re-focusing your tech strategy post-Covid
Tech firms must grasp this chance to diversify their hiring

The discovery stage of your cloud migration...
Cyber Security: The Operational Illusion