How can we support women in technology?

That means that there is significant work to be done to achieve gender balance and make a cultural difference in the male-dominated tech industry.

I’ve witnessed this imbalance first-hand in my academic and professional career. I’m an Associate Lecturer of MA Innovation Management at Central Saint Martins and a PhD candidate at Imperial College London’s Faculty of Engineering and Royal College of Art. My research explores cross-functional remote teams and how companies can increase creativity, team productivity and innovation in a virtual world of work. I’m also a co-host of Searching for Mana – a progressive podcast celebrating leaders and founders in the tech and finance space.

On my podcast, we’ve interviewed game-changing women in this industry who are helping to level the playing field. What shines through when speaking to female leaders is a desire to carve out spaces for women so they can feel empowered in this industry.

So how can we support and celebrate women in tech?

The subject of inclusivity for women in the tech space should start with education. Our schools need to foster girls’ curiosity and creativity from the very beginning. Destigmatising STEM subjects would encourage more women to continue in this direction. Maths, physics and engineering are for everyone. Take the example of Ada Lovelace, the English mathematician from the 19th century, who is believed by some to be the first computer programmer.

Recently, we had Nicky Morgan on the podcast. A former cabinet minister who served as both Education Secretary and Culture Secretary, Nicky highlighted the importance of education in inspiring the next generation to think about careers in digital or tech. She told us that, despite living near a university renowned for its engineering programme, no one ever considered it an option for a self-described “girl from servicing”. Her example underlines a key idea: our education system needs to provide more encouragement and opportunity for women within STEM-related fields.

Engage with communities and networks with the same mission

Women aren’t entering technology jobs at the same rate as men, and male-dominated workplaces are at least partially to blame. Seventy-seven percent of all UK tech directors are men, and according to Tech Nation, women make up only 19 percent of the industry’s workforce. This disparity has cultivated a toxic “bro culture” that keeps women out of boardrooms and the industry at-large. A 2017 Pew Research Center poll found that 50 percent of women reported they had experienced gender discrimination at work, while only 19 percent of men said the same.

But brilliant leaders and passionate communities  are changing this. For example, Women in Innovation (WIN) is a fantastic organisation working  to give all women a seat at the table — or a place at the whiteboard. Back in June, we had Anna Brailsford on the podcast. The CEO of Code First Girls, Anna helps women from various backgrounds break into tech and connect with enterprises in need of developers. The company teaches coding at over 50 campuses, giving women the skills they need to break into the industry.

Anna gave our listeners some very important advice about breaking away from tech’s “bro culture”. “Flip the concept on its head,” she told us. “Say, ‘We’re not a boy’s club’”. The message was clear: communities like Code First Girls are already doing so much. Now, it’s time for the broader industry to do its part.

Step away from enforced numbers

In some cases, companies hire female directors as PR stunts, but I believe enforced numbers actually drive the wrong attitude. Instead, companies need to focus on achieving real diversity. Attracting the right talent – male or female – to fill innovation positions should be a core priority for every company. Firms that invest in the hiring process and take time to cast wider nets will naturally get closer to gender parity. The hiring process may take longer, but individual organisations – and the industry as a whole – will reap the benefits in the long run.

With 10 years in the industry and a background in tech consulting at Accenture and the Boston Consulting Group, Mimi Nguyen is the co-founder of Mana Search R&D Mana Labs and an Associate Lecturer of MA Innovation Management at Central Saint Martins. Searching for Mana podcast is available on Apple, Spotify and all major podcast platforms.

The future is female: overcoming the challenges of being a woman in tech 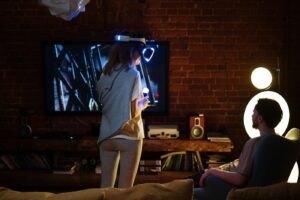 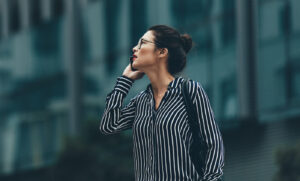 Advancing Opportunities for Women in STEM with the Gig Economy

The Grinch of Christmas Shopping: Preventing Cybercriminals...
Eight advantages of IoT in banking