Watson spin-off, Watson for Cyber Security is specifically trained in the language of security and is designed to provide early warnings about emerging threats and recommendations on how to counter them, meaning security professionals have more time on their hands.

The average organization sees over 200,000 pieces of security event data per day with enterprises spending $1.3 million a year dealing with false positives alone, wasting nearly 21,000 hours. Couple this with 75,000-plus known software vulnerabilities reported in the National Vulnerability Database, 10,000 security research papers published each year and over 60,000 security blogs published each month– and security analysts are severely challenged to move with informed speed.

IBM’s respected X-Force research library will be a central part of the materials fed into Watson for Cyber Security and includes 20 years of security knowledge, details on 8 million spam and phishing attacks and over 100,000 documented vulnerabilities. IBM will also incorporate other Watson capabilities including the system’s data mining techniques for outlier detection, graphical presentation tools and techniques for finding connections between related data points in different documents.

Coupled with the launch, IBM have announced they will collaborate with eight of the leading US universities as part of a pioneering cognitive security project to address the looming cybersecurity skills gap, predicted by Frost & Sullivan to reach 1.5 million unfilled positions by 2020.

“Even if the industry was able to fill the estimated 1.5 million open cyber security jobs by 2020, we’d still have a skills crisis in security,” said Marc van Zadelhoff, General Manager, IBM Security. “The volume and velocity of data in security is one of our greatest challenges in dealing with cybercrime. By leveraging Watson’s ability to bring context to staggering amounts of unstructured data, impossible for people alone to process, we will bring new insights, recommendations, and knowledge to security professionals, bringing greater speed and precision to the most advanced cyber security analysts, and providing novice analysts with on-the-job training.”

As students work closely with IBM Security experts to learn the nuances of these security intelligence reports, they’ll also be among the first in the world to gain hands-on experience in this emerging field. Participating universities will help train Watson on the language of cybersecurity, initially working to help build Watson’s corpus of knowledge by annotating and feeding the system security reports and data. Training Watson Cyber Security is a critical step in the advancement of cognitive security and it enables the  system to spot patterns and evidence of covert cyber attacks that are otherwise missed. The system also uses natural language processing to understand the vague and imprecise nature of human language. 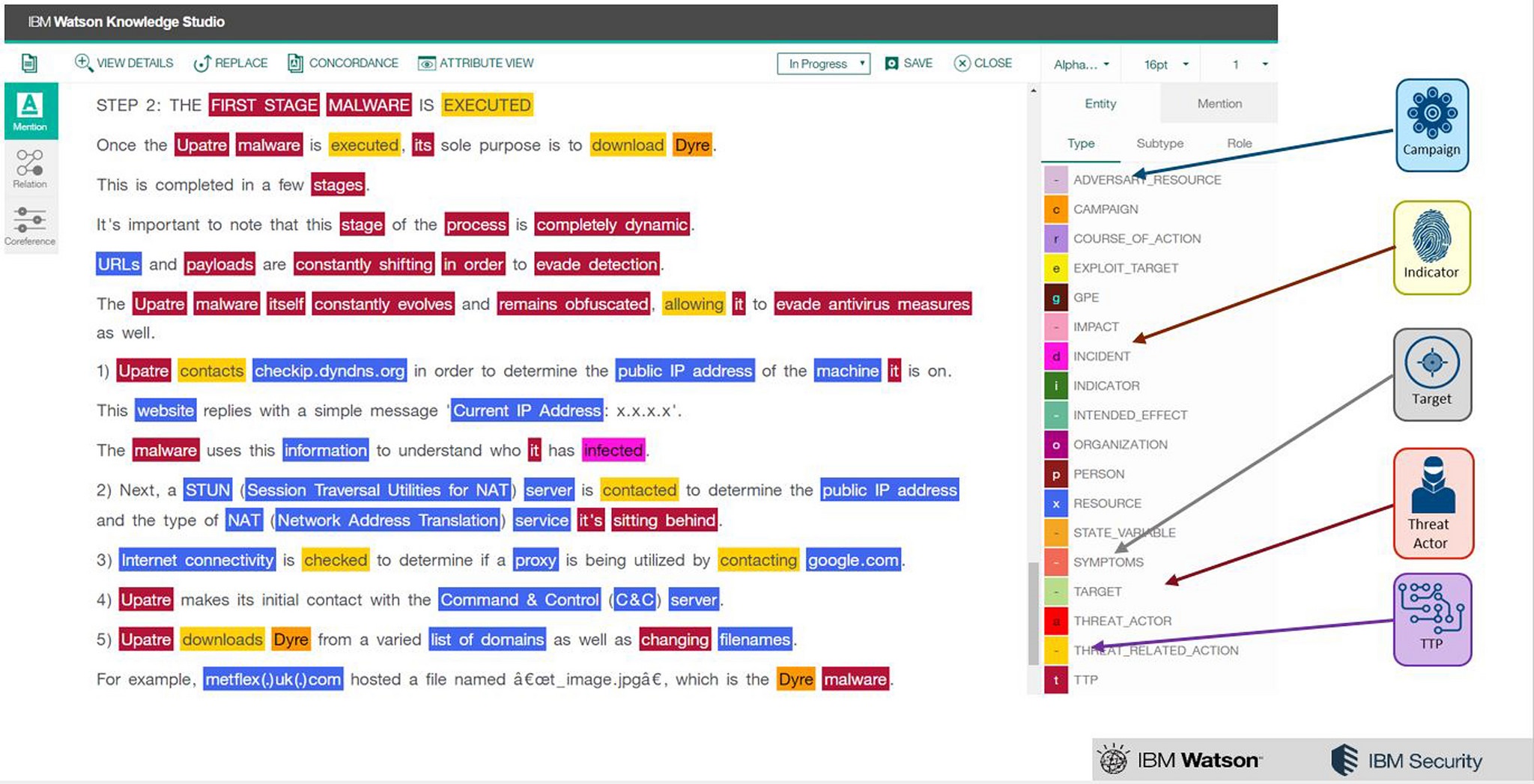 As part of the programme, IBM Security will also collaborate with University of Maryland to create an Accelerated Cognitive Cybersecurity Laboratory in the College of Engineering and Information Technology. Students will apply cognitive computing to complex cybersecurity challenges to build upon their own prior research. They will also collaborate with IBM scientists and leverage IBM’s advanced computing systems to add speed and scale to new cybersecurity solutions.

“This collaboration will allow our students and faculty to work with IBM to advance the state-of-the-art in cognitive computing and cybersecurity,” said Anupam Joshi, director cybersecurity and chair of computer science and electrical engineering, at UMBC, one of those participating in the programme.

Opening in the autumn of 2016, the lab will work to advance scientific frontiers in the application of cognitive computing to cybersecurity via analytics and machine learning, while also exploring specialized computer power optimized for these new intensive computing workloads.