IDC have published a 2016 update of their ‘G20 Nations and the IoT: A Comparative Assessment’ index, rating nations on their preparedness for IoT development.

The original index was first published in 2013 but this updated index is now comprised of 13 criteria that IDC views as necessary for sustained development of the IoT and reflects each nation’s economic stature, technological preparedness, and business readiness to benefit from the efficiencies linked to IoT solutions.

The United States, South Korea, and the United Kingdom ranked as the three countries most ready to generate and benefit from the IoT. The U.S. scored particularly well on measures such as ease of doing business, government effectiveness, innovation, and cloud infrastructure, as well as GDP and technology spending as a percent of GDP. South Korea, despite a modest GDP, scored extremely well on IoT-specific spending and has a business environment that fosters innovation and promotes attractive investment opportunities. Similarly, the U.K. scored very highly on measures of ease of doing business, government effectiveness, regulatory quality, start-up procedures, innovation, and broadband penetration.

The standout country in the ranking proved to be Australia, which, despite its relatively small GDP, scored exceptionally high on ease of doing business and start-up procedures, government effectiveness and regulatory quality, and innovation and education. Australia’s scores point to a country that has the necessary ingredients for a business environment that is ready for the growth of IoT. 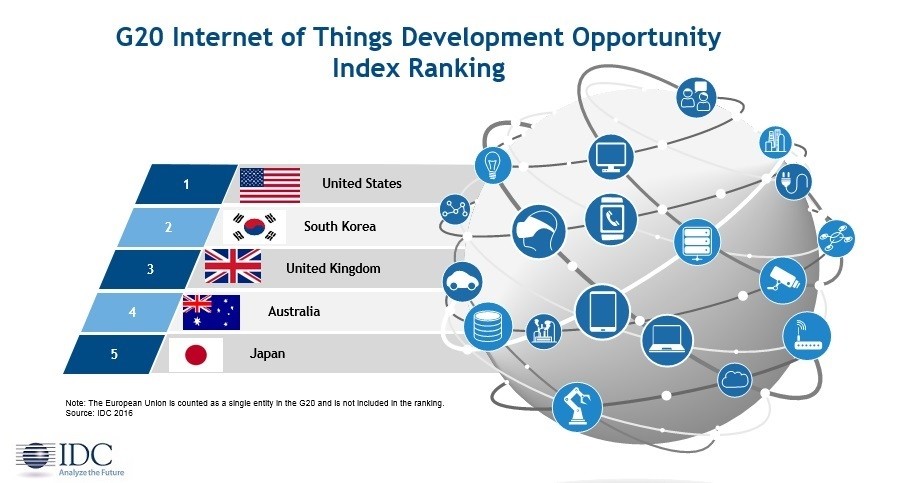 “Countries are keen to become or maintain a competitive advantage and, as such, are looking to the Internet of Things as one of those initiatives,” said Vernon Turner, senior vice president, Enterprise Systems and IDC Fellow for The Internet of Things. “Knowing where a country stands in the IoT Index will help global and local IT vendors know what opportunities lie ahead of them as they line up their strategies at federal, local, and enterprise levels.”

IDC proposes that the ideal set of countries ready to facilitate the accelerated development of IoT opportunities can be found in the G20. Not only do these countries exhibit a rich composition and quality of overall economic stature, business readiness, and technological preparedness, but they are also a set of countries with eclectic needs for the efficiencies that IoT solutions can create. IDC predicts that the countries which score higher in the ranking will more likely have the magnitude of need for efficiencies that IoT solutions can create, will be more conducive for business and product innovation, and be more likely to have the mindset for and availability of technologies that align with IoT use cases.

“IDC’s assessment of the G20 nations’ capacity to develop IoT opportunities reveals some surprising results,” added Adam Wright, senior research analyst, Internet of Things. “Not all countries are created equal, and sheer GDP size alone is not necessarily the best predictor of a country’s readiness for and ability to accelerate the development of the IoT.”

The IDC study, G20 Nations and the IoT: A Comparative Assessment, provides a comparative assessment of the Group of Twenty nations according to their readiness for the continued adoption of the IoT and ability to facilitate its accelerated development in the near future. The study outlines the methodology used for scoring, weighting, and ranking each nation in relation to their opportunity for IoT development, and provides an in-depth discussion on the rank-ordered results for each country.

The study also includes a future outlook and essential guidance for IoT vendors and service providers currently assessing IoT market potential in G20 countries, as well as for G20 nations on how to raise their investment appeal.

Get the full report. 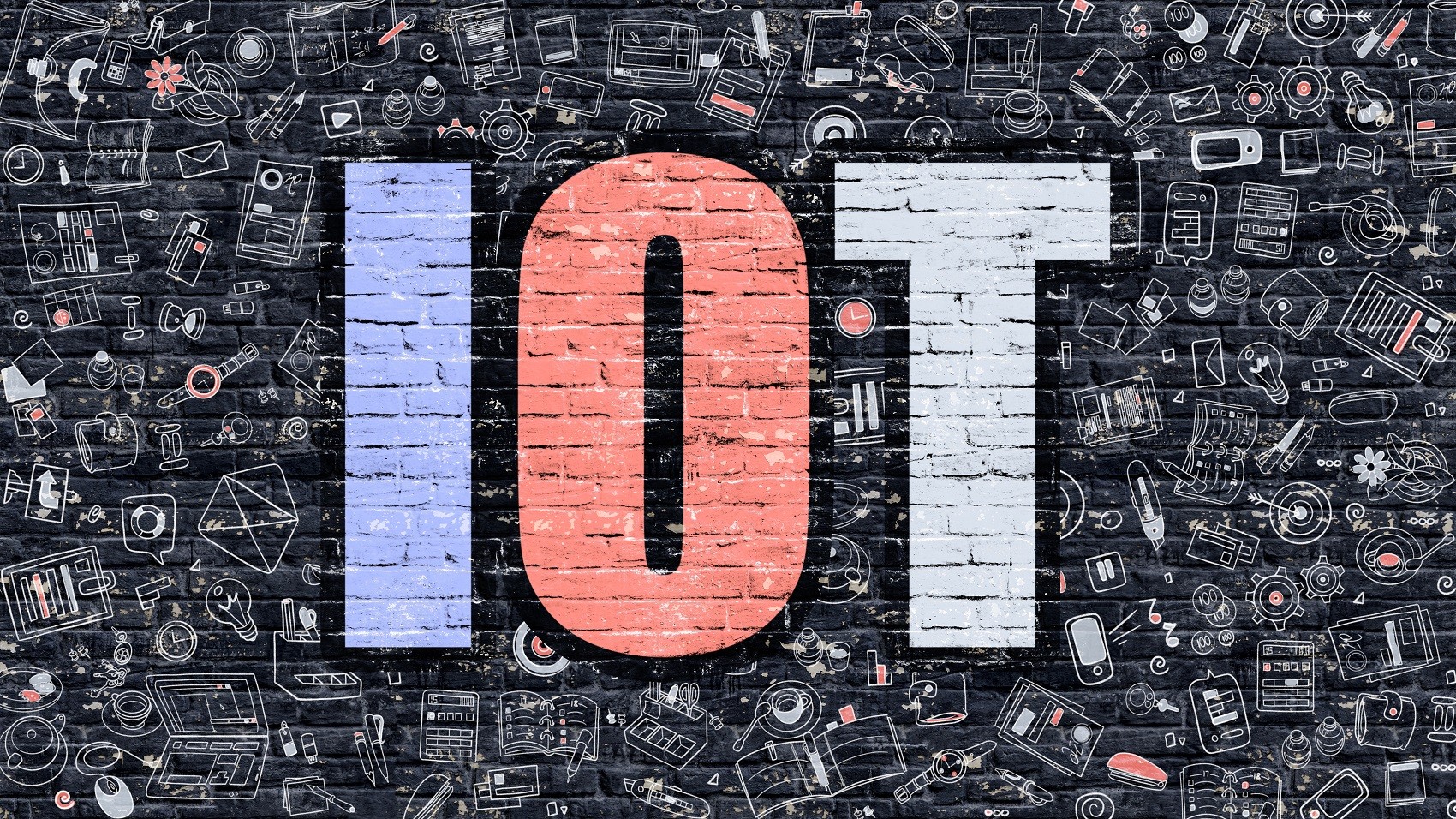