In an industry affecting every sector, is innovation being undervalued for tech companies at IPO?

Yet COVID-19, coupled with Brexit and the UK leaving the single market, has reminded us just how unpredictable the markets can be. While tech has been able to ride the wave far smoother than businesses in other sectors, we’ve still seen some remarkable flops in recent months.

The hotly anticipated Deliveroo listing saw shares nosedive by 30% on the first day of trading from its initial valuation of $10.5 billion. It’s since been described as ‘the worst IPO in London’s history’ and some industry insiders went as far as to say it’s ‘a case study in how not to do an IPO’. Despite this, a slew of UK tech listings are on the horizon. This is welcome news for the markets, but are IPOs the right move for companies to access capital in the future?

Deliveroo’s case should give companies pause for thought. The race to IPO is often misguided and many business leaders should consider if this goal has been set for the right reasons. Companies can be driven by short-term thinking, with shareholders often driven by immediate returns rather than long-term growth and stability. IPOs don’t offer the company much outside of liquidity. And then keep them tied to the requirements of the big stake shareholders – who may share a very different vision for company success. It’ll be interesting to see if PensionBee and Oxford Nanopore Technologies learn the lessons that Deliveroo didn’t, and that their IPO goals aren’t ill-advised.

Research conducted as part of our latest report found that two-thirds (60%) of tech CFOs said failed IPOs made them nervous about going public themselves. The same number also said they’re concerned about the quality of the audit trail from investment in the business to date, which is equally as off-putting.

Of those that are driven to go public, some stated they would like to sell some of their shareholding, which is a valid motivation, but thanks to technological advancements in private capital markets, there are modern routes to access liquidity, rather than running the public risk.

IPOs and company buyouts are no longer the only effective ways to create liquidity. There’s no reason why a company can’t continue to raise substantial private finance as they grow, even beyond the point of the traditional IPO. But in an industry that’s influencing every sector, why do tech companies still feel the need to realise liquidity in the traditional way? As more businesses move through the IPO process, we’ll see more failed listings. But it’s not the company’s fault, it’s the process itself. It’s time they empowered themselves and took control.

Innovative tech companies should be adopting alternatives that allow them to manage their own capital raises, on a wider scale. With the ability to target specific individuals and investor groups, they can pool legitimate interest from those who understand what it is they are trying to achieve. This drives a different, more effective and more direct demand than that of the public market – which should come as a welcome step change for the tech industry.

The pandemic forced companies to change how they raise capital, and now 70% have decided to remain private and seek investment via VCs, private equity, or other private investors, still traditional routes to liquidity. And 77% intend to keep the business private for as long as possible and hold off floating on the public market.

Finally, we could see a trend amongst tech companies to retain control in their own liquidity rounds and stay private for longer. Accessing private capital more effectively can create a completely new way of attracting real value from enlightened investors. With the understanding of the benefits of adopting new technologies, the industry can become a leading example on how an IPO is no longer the king of liquidity.

Why digital ethics is rising up corporate agendas 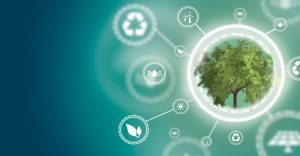