Dedicated space opens up a network of labs and workshops to more tech start ups than ever before.

Imperial College London is setting out to support a new generation of inventors, future tech leaders and budding entrepreneurs by creating a new dedicated hackspace.

In these creative facilities, Imperial staff, students, alumni and commercial partners from different disciplines work together to rapidly convert research ideas into breakthrough prototype products.  Many are aimed at addressing major global challenges, such as respiratory illness or infant mortality.

The College has announced plans to dedicate an entire building to inventing at its new White City Campus in west London, with more than £5 million being invested in the creation of the facility.  A new hackspace will open at The Invention Rooms, a pioneering community, invention and innovation space.

Powering innovation from the bottom up

A hackspace is a lab or workshop where users solve problems, test ideas and create physical products using design technology.  Until recently, most hackspaces were informal or make-shift in nature, but today they are increasingly used by professionals across the UK and the world.

Imperial has created a network of six Advanced Hackspaces – soon to expand to eight – which seek to “supercharge” the hackspace concept.  These spaces are deeply integrated within the university – one of the world’s leading institutions for science, engineering, medicine and business.  The hackspace in White City will provide access to both commercial prototyping technologies, as well as cutting-edge systems that are not yet commercially available and have been created within Imperial itself.

These facilities cover everything from workshop technologies such as robotics and digital fabrication, to a bio lab which enables synthetic biology and molecular fabrication.  Together, they invite members of the whole Imperial community – staff, undergraduates, post-graduates, alumni and industry partners – to take their ideas and turn them into real working prototypes faster than ever before. 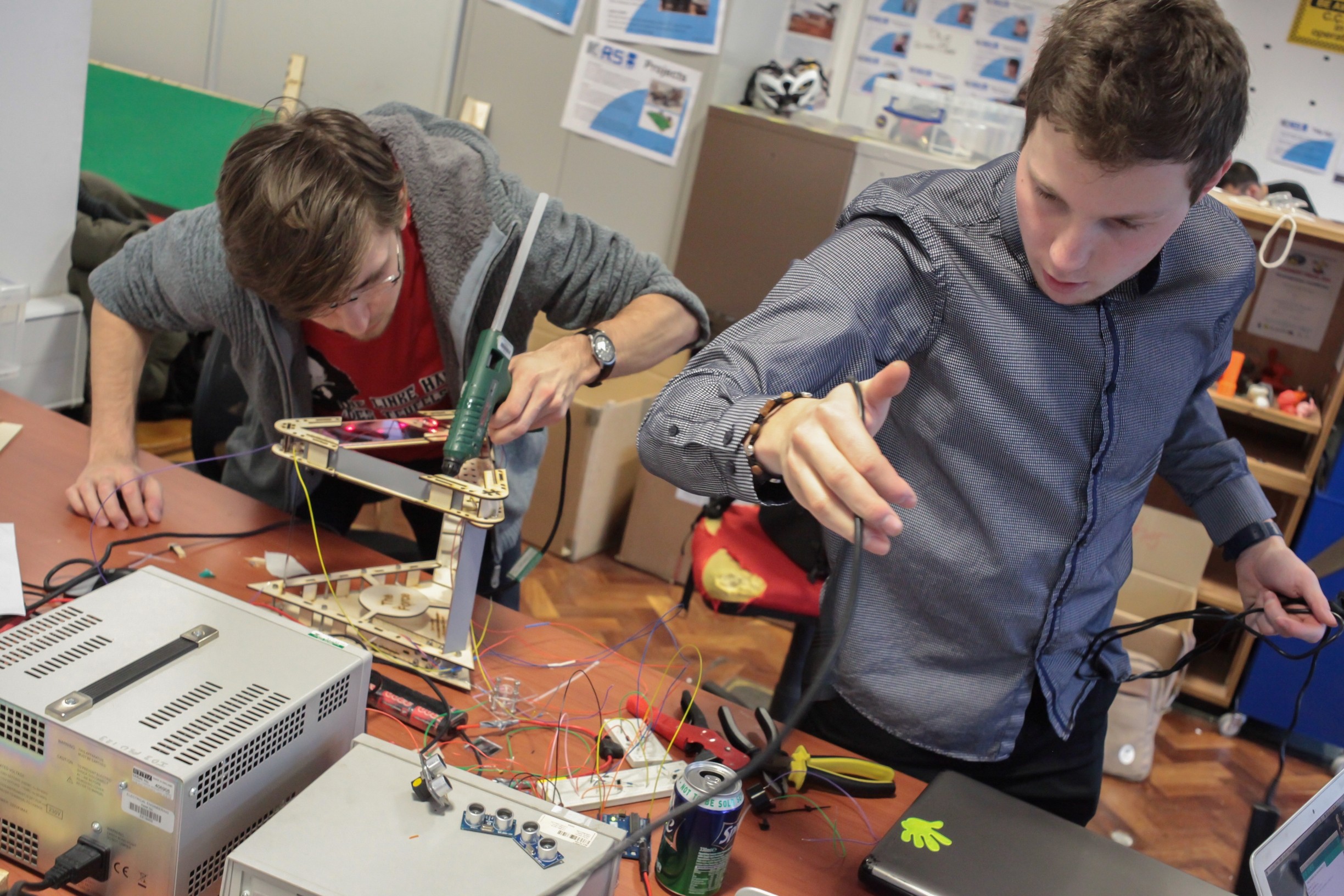 Many prototypes created in these Imperial’s hackspaces have been developed to create new spin-out companies or led to industry partnerships.  The Invention Rooms’ hackspace will provide space for College users to work alongside SMEs and industry partners to support the commercialisation of their ideas, and will also house an exhibition area to showcase new breakthroughs developed at the facility.  Recent inventions to start upscaling include LifeCradle, a baby incubator that is 90 per cent cheaper to produce than current models; the Gyroglove, a wearable device which helps stabilise the hand of patients suffering tremors, such as those caused by Parkinson’s disease; and Blocks, a new modular smartwatch which uses an open platform to allow manufacturers and customers to choose which watch features they want to use.  The inventors of Blocks have successfully raised $1.6m in kick-start funding.

The hackspace at The Invention Rooms in White City will be part of a new hub which invites the local community to become inventors too, through a series of creative and entrepreneurial programmes which aim to engage people of all ages and backgrounds.

Professor Oscar Ces, a chemical biologist and part of the management team for the Imperial College Advanced Hackspace, said: “The Advanced Hackspace is about powering innovation from the bottom up.  We want to make it as easy for an undergraduate to make their idea a reality as it is for their faculty professor.  It’s also an opportunity for hundreds of new collaborations – a place where a medic will talk to an engineer and a physicist will socialise with a computer scientist, helping combine brilliant ideas.

“The hackspace is an environment where any aspiring inventor can scale fast or fail fast.  It’s a place to come up with ideas, talk about them, test them and – if they’re successful – start linking in to Imperial’s wider system of support for innovators and entrepreneurs, be it through starting a spin-out company or joining up with a corporate partner.

“At the Invention Rooms in White City we also have a unique opportunity to engage with the local community– from school pupils and doctors, to businesses and patients – to help inspire new ideas and so their fresh perspective can help to shape our research.”

A network of spaces to invent

The Imperial’s Advanced Hackspace network is open to undergraduates, post-graduates, alumni, enterprise and industry partners – as well as College staff – creating potential for tens of thousands of inventors from different backgrounds and disciplines to share ideas and collaborate.  It has attracted more than 1,600 Imperial-affiliated members and grows by around 100 members each month, all of whom benefit from access to funding opportunities, courses, mentoring and a network of scientists, engineers, medics, entrepreneurs and future technology leaders.

The current hackspace network includes facilities at the Dyson School of Design Engineering at South Kensington and the National Heart and Lung Institute at Hammersmith Hospital.  The new space at The Invention Rooms will add over 21,500 sq ft to the network, bolstered by a further 2,150 sq ft when the Molecular Sciences Research Hub – also under construction at the White City Campus – is completed in 2018.  Together, these developments mean that Imperial will become home to one of the largest hackspace networks in the world, covering almost 30,000 sq ft – around 10 tennis courts.

Activities include a year-round programme of classes, competitions, and hackathon challenges in partnership with industry and other events, with many open to schools and the wider community.

Successful prototypes will feed ideas and businesses into the Imperial College Incubator, which provides flexible space and support for early stage businesses and spin-out companies.  New incubation facilities have recently been completed at the I-HUB, a landmark building at the White City Campus, dedicated to innovation and the translation of scientific research into commercial applications.  Prototypes can also be directly commercialised through partnerships with industry, and the hackspace network is supported by dedicated Fellows who facilitate partnerships between researchers and investors and major corporations. 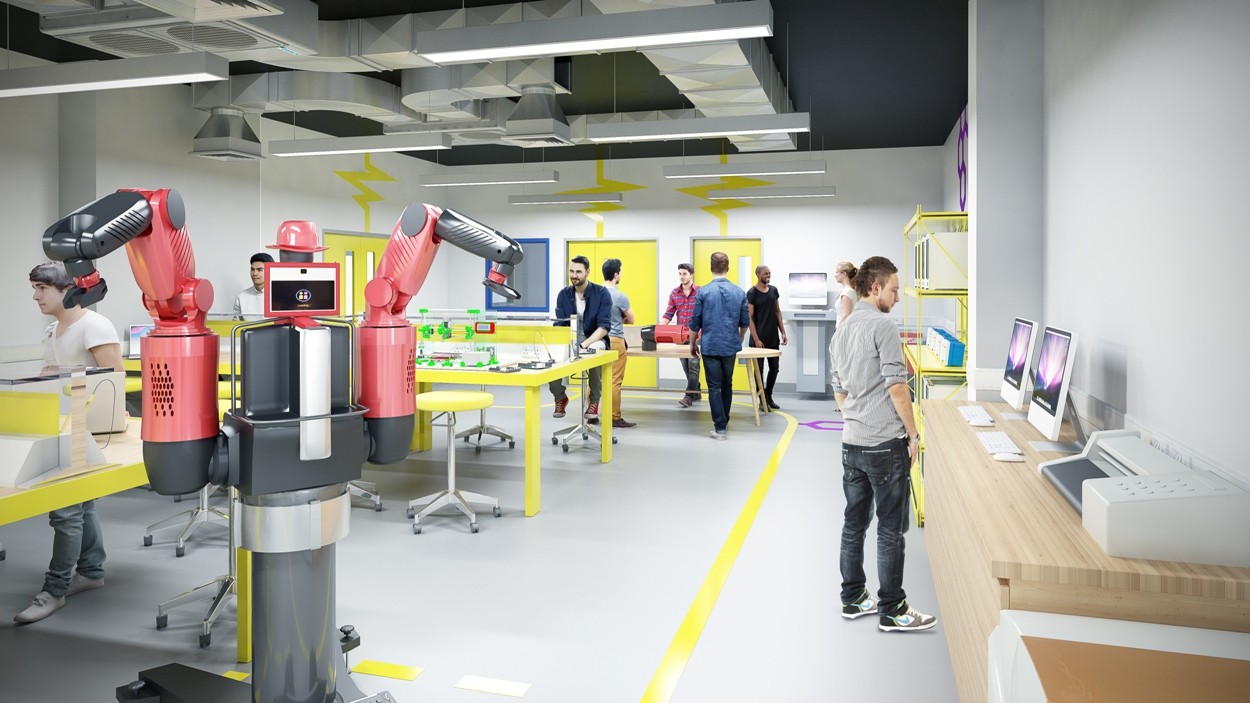