Now is the time for Miami’s tech scene to shine

As time passed, the home and rental payments became exorbitant coupled with relentlessly increased taxes. Housing, transportation, taxes, education — it has all become out of reach. Add to this the economic difficulties of a raging pandemic. It simply doesn’t make sense for professionals to live in overpriced high-rent apartments to work remotely. Costs of living and median rent are disproportionate here. Vlad Vahromovs, CEO of Intellectsoft, the technology partner of Fortune 500 companies, has lived in Silicon Valley for the last five years before moving to Miami in late 2019. Now he shares his thoughts on the downsides of establishing a venture in the Valley and the rise of a new technology hub. It became difficult to deal with the daily expenses in the Valley, which made people leave. 70% of professionals believe that Silicon Valley no longer commands technology power the way it used to. This could be attributed to the extreme brain drain caused by the high cost of living in San Francisco.

Why not move to a state that offers the tech industry the prospect to set base a lot more affordable, without compromising the talent and potential business opportunities?

As COVID has led companies to reassess their need to stay in crowded and expensive markets like San Francisco, surprisingly, Miami, Florida, has emerged as the frontrunner among locations garnering their interest. As California is drastically losing residents to other states thanks to unreasonable housing costs and stringent business regulations, over 653,000 Californians left the state last year; 82,000 of them moved to Texas, and Miami is next on their list. Miami offers lower tax payments, a mayor who is willing to collaborate, and some exciting business opportunities. It is an ideal place to live, offering sun, sand, and sea in abundance. A happening nightlife, amazing nightclubs, stunning beaches, and restaurants make it an attractive destination for young tech entrepreneurs, making it a potential tech hot spot.

Working in Miami will put you just 5 hours behind London time, and it also doesn’t hurt that the time zone is the same as South America. It is also a top US city by percentage growth of graduates, and let’s not forget that the absence of state income tax makes it possible to optimize labor costs. The COVID-related restrictions are also managed well in Miami, and the state makes it appealing and easy for people to relocate there.

The most well-known and hottest global tech giants are also investing and establishing their offices in Miami, so it’s no wonder that the state is already ranking among the most prominent ones for eager entrepreneurs.

Several big names are involved in tech migration to Florida. For starters, massive tech giants like Spotify, Apple, and Facebook already have established a presence there. Intellectsoft set up an office there to deliver high-end software solutions to industry giants from Florida.

In addition, Goldman Sachs and Blackstone group have also set up and opened their offices in Miami. 500 Startups and Softbank are betting on the new trendy location, and the latter has set up a whopping $100M fund to support tech advancements out of Miami.

This further substantiates that Miami is positioned uniquely to turn into an inclusive and international hub for entrepreneurs. Furthermore, Elon Musk and Francis Suarez, Miami Mayor, had a meeting in Las Vegas to discuss Musk’s new tunneling company in Miami.

Recent college graduates and engineers consider Miami, Philadelphia, and Houston as hot spots to implement a technology or pursue a career in the creative economy. It is a perfect avenue for CEOs to capitalize on their young talent while minimizing their taxes in the process. This makes cities in Florida and Texas appealing for new ventures.

Ever since blockchain technology’s inception, its influence and usage have only risen. Well-known for its connection with cryptocurrencies like Bitcoin, blockchain technology is an electronic listicle of verified and connected records. These features enhance the technology and make it ideal for data access, identity protection, and data validation which act as blockchain’s most common use cases.

Across the board, enterprises have begun to leverage blockchain for various purposes such as intracompany transactions and record-keeping. Given the potential of this cutting-edge technology and its extensive business interest, blockchain start-up initiatives frequently accumulate millions of dollars to make investments in their early offerings. The 2020 statistic showed the investment plan of global organizations, which reports that around 36% of the companies plan to invest over $5 million in the blockchain.

Furthermore, the global spending on blockchain technology solutions will continually grow to reach $6.6 billion in 2021. Miami is the place to be if you want to take advantage of this fact. Additionally, forecast reports suggest that blockchain solutions spending will keep growing in the upcoming years, reaching nearly $19 billion by 2024.

Moreover, Miami is partnering with Ethereum developers to leverage blockchain technology for their city services. The idea of adding bitcoin to Florida’s treasury also appealed to the Mayor of Miami, Francis Suarez.

According to The Scoop’s new episode, Vitalik Buterin, Ethereum creator, and Francis Suarez, Mayor of Miami, are embarking on a new collaborative project to put city services on the blockchain.

Without mystic abilities and a crystal ball to interpret it, no one knows with certainty when Miami’s tech industry will be at its peak, but one thing is for sure that Miami is reinventing itself and is becoming the new trendy place for relocation and sourcing talent. It has a lot to offer, and there is more to come concerning technology.

And who knows what city would follow? As more and more companies turn to emerging markets for tech talent, could the next hot spot be located outside the US? For instance, Intellectsoft has R&D in Ukraine, famous for great talent and reasonable labor cost. Like government support in Miami,

Ukraine offers brilliant work and tax conditions that can help you grow and take your venture to the next level.

Besides, we live in an outstanding time when regardless of your business domain, with today’s wireless connectivity you could easily get the resources to build a venture from any place in the world, so who knows where the next unicorns surge will come from?

An accomplished tech executive with over 15 years of executive leadership experience delivering cutting-edge solutions to industry giants, Vlad Vahromovs is the CEO of Intellectsoft, the technology partner of Fortune 500 companies including EY, Nestle, and Jaguar. Vlad holds modern courses degrees from Stanford and Erasmus University Rotterdam. For the last five years, he worked and lived in Silicon Valley before moving to Miami in late 2019. 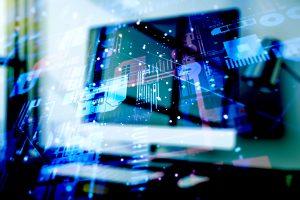 Tech trends: 2022 is no time for enterprises to rest on their laurels

WhatsApp your Insurer – The Future of Customer Service