Bitcoin mining has evolved since the inception of BTC in 2009. Initially, bitcoin mining required an ordinary classical computer (CPU). However, with the increased load in the number of miners joining every day, these computers have been unable to provide neither the power nor the timeliness required in order to perform the computational problems that enable the creation of bitcoins.

An alternative was sought to counter the power and speed problems in the way of the Graphical Processing Unit (GPU). However, these too proved less powerful when ASIC miners were introduced. Now we are thinking of what will happen when quantum computing finally takes shape.

A Central Processing Unit (CPU) is a computer that uses ones and zeros to represent two sides of a state. It is more like the “on” and “off” button in a switch.

* This binary system is used to interpret and execute decisions about a given set of instructions.

* As the world embraces the bitcoin mania, there arises a need for more zeros and ones with the appropriate transistors to process the ever-increasing data.

* A CPU is limited to performing one task at a time with the consequences of being overburdened with the enormous flow of data requiring processing.

* This not only becomes difficult owing to its memory limitation but also greatly slows down the computer.

With the present number of people mining bitcoins, no CPU currently can handle any mining, thus the need for a more innovative product which has come in the form of a GPU and hence the shift from the CPU to the GPU.

Graphic Processing Unit (GPU) is a highly developed electronic circuit that is designed to skillfully handle and alter memory to speed up the output.

* Unlike the CPU which has only one central control point and can only undertake the next instruction after executing the previous one, the GPU can run parallel software to handle bulk transactions in a much lesser time.

* It also requires lesser power consumption as is the case with the CPU.

* However, with increased awareness of the benefits accrued from mining, more miners are being enlisted into the system and numbers are added in endlessly putting a strain

on the effectiveness and efficiency as it has its own limits both in the power required and processing time.

* These limitations further led to the use of Application Specific Integrated Circuits (ASIC).

* The GPU’s brought gains on speed and so did the ASIC’s on a grander scale.

However, there are critical issues that need to be addressed:

1. The vast amounts of energy used to undertake mining were causing adverse effects to the environment.

2. The miners too ran the risk of spending more money paying for electricity than they were earning from the mining.

What is Quantum computing?

It is on such a background that technological advances explored the sphere of quantum physics and its application to computing. This is a totally new approach to computing in that it is neither central nor parallel in its operations. Quantum computers will thrive on the following properties: –

* It will use Electrons. This is the lightest basic electricity-charged particle or wave.

* Particles can exist in multiple locations at the same time.

* Distances do not separate particles, a property also known as entanglement.

Owing to the above phenomenon, execution speeds will be a million times faster compared to those executed by classical computers. That means that transaction processing will be almost instantaneous. Also, the user’s protection will be more superior as all communication will be encrypted and better still, requires very minimal use of energy arising from its electron-usage property by up to a factor of 100.

Quantum computing in bitcoin mining is no longer a fantasy. Google Researchers envisage the unveiling of this technology by the end of year 2018. It will no longer be an issue of concern that more miners are introduced into the network every day.

1. The ability to immensely save on energy consumption.

With the application of the science behind electrons, energy required to mine bitcoins will be drastically reduced causing a direct impact on the protection of the environment. It is immaterial where the computers are located because one of the properties that this technology employs is having objects in any place at the same time.

Because of the energy challenge, most mining companies have opted to set up their data centers in regions that have cold weather conditions most time of the year as is the case of using the classical computers. Quantum computers adequately sort out that issue.

2. The economics of mining will definitely improve with miners not having to get concerned about the exorbitant electricity bills they have to contend with. A large number of Mining companies have had to migrate to China where they can capitalize on the relatively cheaper electricity offered. This need not be case anymore as particles can exist in multiple locations at once with quantum computing.

3. The technology of quantum computing is in itself an incentive or motivating factor in causing more people to desire to engage in conducting the mining activity. The initial purpose of decentralization as envisaged by the founder, Satoshi Nakamoto, will have been achieved as quantum technology applies the phenomenon of distances having no impact on separating the particles. Thus, there will be no necessity to crowd together and yet be able to pool together.

In essence, quantum computing will move the world from individual mining to factory mining. With a fair level of confidence, the age of quantum computing is here not only in bitcoin mining but also in other fields like Healthcare in terms of diagnostic accuracy. Though the initial costs may be quite high, it is nevertheless more profitable in 2018 and beyond in that it has addressed all the challenges that have come up so far with the classical computing era of mining. The accuracy and precision with which information is transmitted to and from is nothing short of awesome.

Mark Schwarz is the author of abitgreedy.com, a cryptocurrency technical guide. Mark started analyzing and investing in crypto in 2012 and he is a true bitcoin fan 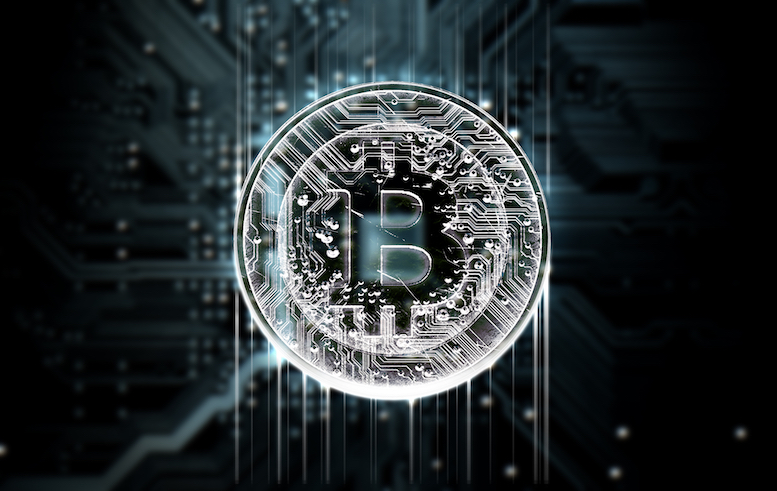