Red Hat have announced the availability of Ansible Tower 3, the latest version of its enterprise-grade agentless automation platform.

Ansible Tower 3 by Red Hat gives teams the power to scale automation across the enterprise including streamlined interface, more powerful notifications, and explicit permissioning. Ansible Tower empowers users to extend their automation solutions to their entire team, so they can build, share and scale automation cross-functionally and consistently as they build out their DevOps capabilities.

“We’ve been paying attention to how teams are using Tower to extend Ansible automation to many different aspects of their enterprises.” said Tim Cramer, Head of Ansible Engineering at Red Hat. “Ansible Tower 3 improves the user experience by making it more intuitive to set up and run automation jobs quickly. And, users can more easily extend permissions to team members, notifying the right people and systems of results in real-time.” 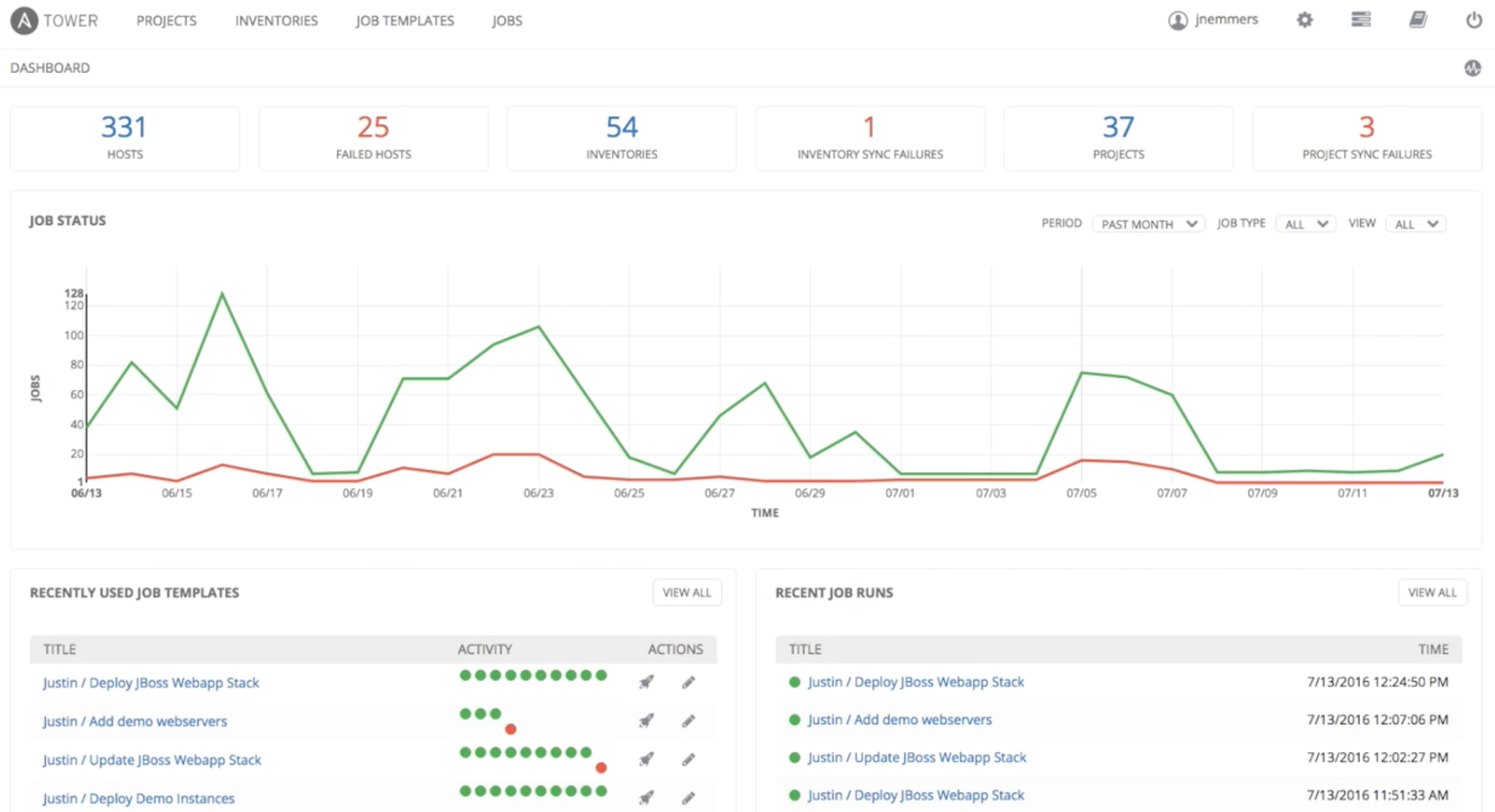 “Many DevOps teams depend on open source based automation, such as provided by Ansible and Ansible Tower, to streamline operations, reduce configuration errors, and accelerate time to market.” said Mary Johnston Turner, research vice president, IDC. “Ansible Tower 3 adds important network and cloud integrations, as well as improved notifications and usability controls, that will help these teams further improve productivity across end to end desktop to deployment tool chains”

Ansible Tower 3 includes new features and integrations for IT administrators including:

● Integrated notification support, notifications can now be sent to specific recipients or entire teams through a variety of channels, including: email; IRC; HipChat; Slack; and more making ChatOps for the enterprise possible.

● Simplified yet powerful permissions for role based access controls allows for easier delegation across different users and teams.

Ansible Tower 3 is now generally available for a free 30-day trial via Vagrant image, Amazon EC2 AMI, or download for on-premise or cloud installation. Ansible Tower is available via subscription tiers – users can  download a trial at www.ansible.com/tower