Female members of corporate boards of directors are nearly twice as likely as their male counterparts to have professional technology experience, according to new research from Accenture.

To understand the gender composition of corporate boards and the role technology plays in the careers of female board members, Accenture examined women’s representation on the boards of more than 500 Forbes Global 2000 companies in 39 countries across Europe, Asia, North America, South America and Australia. 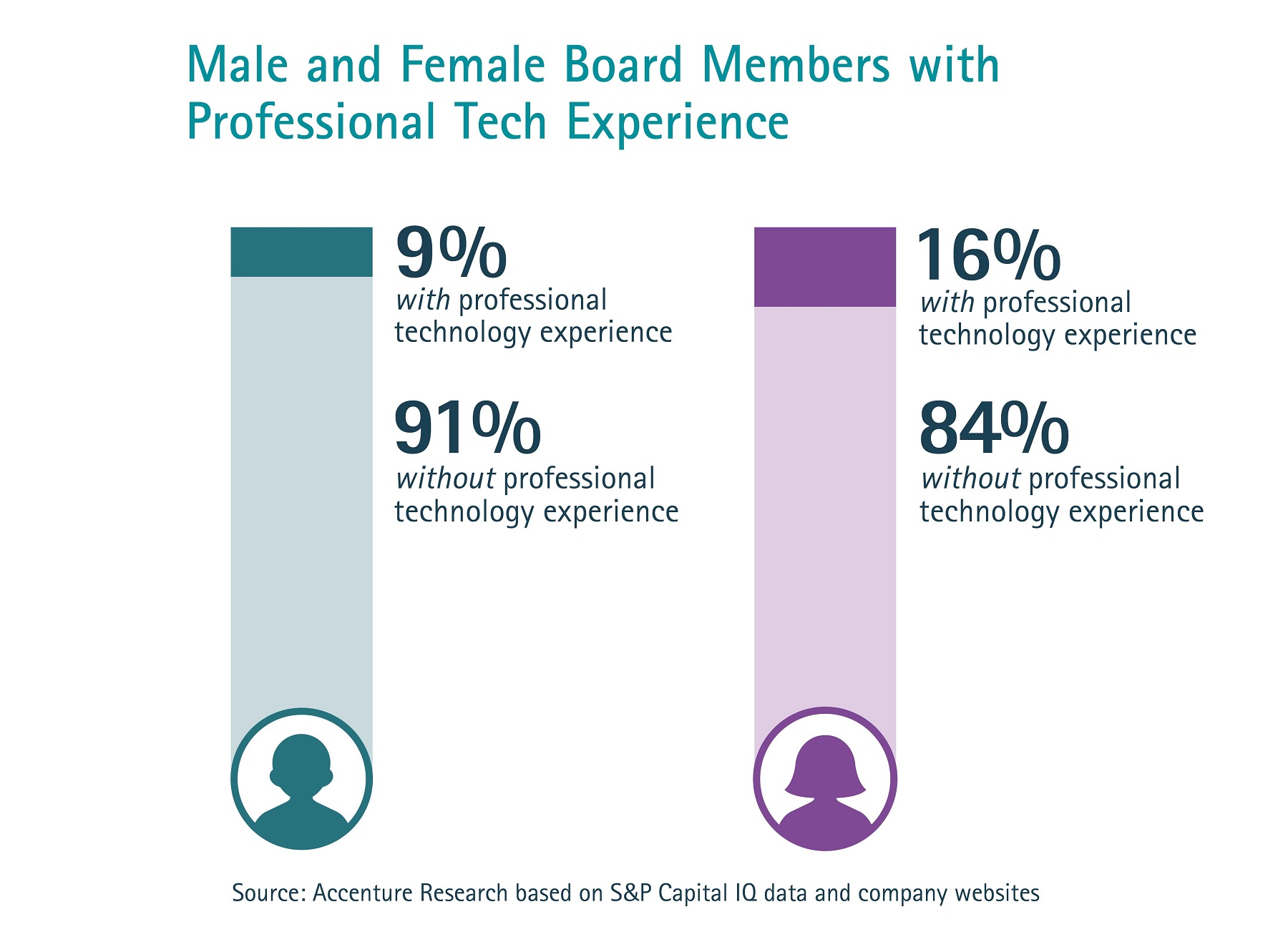 The research also reveals key differences among countries in the percentage of female directors with technology experience.  For example, among the 10 most-represented countries in the sample – the United States, Japan, Germany, China, France, the United Kingdom, Spain, Canada, the Netherlands and Australia – the U.S. has the highest percentage of female directors with professional technology experience, at 26 percent (versus 17 percent of male board members). Accenture’s research also found notable differences between industries in the percentage of female directors with technology experience. Not surprisingly, of the 15 industries covered by the research (see Methodology, below), the one with the highest percentage of tech-savvy female board members is technology, at 51 percent – more than double the average of most other industries.Communications ranks second, at 29 percent, followed by healthcare, at 22 percent; and automotive and industrial; energy; and pharmaceuticals, chemicals and life sciences, at 17 percent each.   At the bottom of the list are banking and insurance, at 8 percent and 2 percent, respectively.  In all but two industry sectors, both of which are part of the broader financial services sector – capital markets & diversified financials, and insurance – the percentage of women with technology experience exceeds the number of men with technology experience. “It’s clear that more and more jobs – up to and including the board level – will require technology skills,” added Taylor. “With the number of women pursuing computer science degrees hovering around 20 percent, we need to find new ways to get women excited about technology as early as possible.”These findings complement those of a recent Accenture study about women in the workplace and digital fluency – the extent to which people embrace and use digital technologies to become more knowledgeable, connected and effective. That research, entitled Getting to Equal: How Digital is Helping Close the Gender Gap at Work, found that digital fluency is helping to close the gender gap and level the playing field for women in the workplace.