Research Sheds Light on the Evolving State of AI

Artificial intelligence is now found in offices around the world, and this trend is poised to accelerate in the coming years.

The capabilities of current AI systems go far beyond anything available only a few years ago, and levels of disruption are likely to skyrocket. So how will AI transform jobs? And how will society respond? There have been a lot of studies on the subject recently. Let’s unpack some of the findings.

Research from Tata asked about the impact of AI expected in the future. Among participants in a study, 93 percent stated a belief that AI will enhance decision-making. Although AI won’t make decisions on its own, it will provide invaluable data unavailable using other statistical and analytical techniques. Seventy-five percent believe AI will create new roles for their employees, and 80 percent believe AI will enhance human collaboration. Tata also points out that effectively leveraging AI will demand greater flexibility, and agile organizations will be better able to adjust. These effects will lead to lower costs of doing business, making an increasing range of products and services more affordable and, perhaps, increasing overall wealth.

AI will not affect all industries equally, with some benefiting and some facing potential difficulties. According to research from PwC studying the United Kingdom, health services will see substantial gains in employment, with an increase in jobs expected to reach 22 percent. Professional, science, and technical services will rise by 16 percent, and the number of education jobs will rise by six percent. On the other hand, manufacturing jobs will drop by 25 percent as AI makes human labor unnecessary.

Transportation and storage will be similarly affected, with a drop in jobs of 22 percent, while public administration will see a drop of 18 percent. In total, AI is expected to cost the UK seven million jobs but create an additional 7.2 million, leading to a net gain. However, when certain areas can see a quarter of their jobs disappearing while others might see similar gains, overall disruption will be substantial.

Although PwC forecasts a net gain of jobs, not everyone agrees. While many jobs will be replaced, there’s no guarantee that there won’t be an overall loss, particularly over the long term. How will society respond? Our modern capitalist economic systems rely on everyone working, but what happens if AI eliminates a significant fraction of jobs? Some propose a solution is to shorten the workweek.

While we often assume the 40-hour workweek is a given, perhaps moving to a shorter week can lead to better overall employment rates. Even with a shorter workweek, the middle class, in particular, is likely to be better off simply due to the economic gains of AI’s ability to perform, in effect, nearly free labor.

While long-term questions about future jobs are important, most short and medium-term projections show benefits. Research from HPE and Europe’s IoT conference, Internet of Things World, asked more than 850 primarily European executives and professionals in the industrial sector what they expected in the coming years. Although there will likely be unexpected developments along the way, the success and seeming sustainability of AI projects suggests a strong future. Among respondents that had already implemented AI solutions in their offices, 95 percent had achieved, overachieved, or significantly overachieved their goals. In all, 61 percent of respondents were already engaged in AI, and 11 percent are already using AI for core functions with an additional 14 percent expecting to do so within the next year. Thirty-six percent are currently evaluating potential implementations.

However the numbers end up, AI will demand workers with a new set of skills. Furthermore, many people in manufacturing and other fields will need training for a new job as their former jobs are being eliminated. Retraining is the clear solution, but who will pay for it? While companies will likely provide internal training to transition current workers into more AI-driven roles, who will pay for training new employees? How will the education system adapt, and is it the right venue for retraining? What role should the government play? Although retraining costs will be high, it’s plausible that the economic boost of developing an AI-knowledgeable workforce can lead to sustainable long-term increases in tax revenue. Unlike other changes to the workforce in recent decades, the impact of AI is expect to apply quickly. A more coordinated, and perhaps centralized, approach might be the best way to go.

AI provides analysis, but its impact on communication will be profound. Collaborative work is increasingly becoming the norm, and nearly all activities are monitored and archived. While the benefits of these advances are clear, it can be difficult to determine where monitoring ends and surveillance begins. AI will certainly be used to evaluate employees, which will inevitably affect how employees work. What sort of privacy is expected with typical jobs? Should employees have some say in how their work is analyzed, or will they be wholly at the mercy of whatever management wants to implement? Work should become more enjoyable and rewarding as more employees are tasked with higher-level decision-making and free from having to perform mundane tasks that couldn’t be automated before the latest AI improvements. But there remain questions over what level of monitoring is ethical and whether too much monitoring and analysis might lead to poorer results by causing anxiety in employees.

Effectively leveraging AI and other technologies places an emphasis on collaboration and teamwork. Our current office layouts, whether they be open or based on cubicles, weren’t designed with higher levels of collaboration in mind. As AI emerges, companies will need to find out what basic layout works best for their future AI-enabled workflows. However, there’s a second question to ask: What’s the value of employees showing up to the office on a regular basis? The cloud-based platforms common today let employees connect anywhere they have internet access, and telecommuting is already becoming a more popular option. Video chat and conferences can replace typical office meetings, and centralized communication platforms make it easy to stay in touch with teams even when members aren’t in the same physical location. Companies will need to determine when having employees in the office is worth the associated costs and when its better to embrace telecommuting.

It’s common for workers to spend much or most of their days on computers. Despite this, most roles performed in the office are fairly well partitioned between human tasks and computer tasks. AI technology will blur this line, and workers can expect to rely on machine intelligence to augment their reasoning and decision-making. This creates a more intimate connection between humans and the systems they work with, and it may force companies to think of their employees in different terms. One of the challenges of this new reality is determining responsibility. If a person makes a reasonable decision based primarily on AI-derived data, who gets credit if the decision proves to be the correct one? Similarly, who is at fault if the decision ends up being a poor one? As the line between humans reasoning and AI become more muddled, employers will need to find ways to evaluate employees. After all, employees’ livelihoods are on the line, and employers have a moral obligation to ensure they’re provide proper diligence and act in a fair manner when making employment decisions.

Keyboards, monitors, and cursor devices have long dominated human-computer interactions. However, the AI revolution comes at a time when interest in different models is spiking, and combining these new interaction methods with AI will prove to be powerful. Already, smartphones and tablets provide touch input, which can be great for work in the field or at remote locations. Voice recognition, thanks to digital assistants, has advanced significantly over time. The smart desk, empowered by voice recognition, is still a new concept, but it makes a compelling case for AI-empowered jobs, where it can allow humans to interact with technology in a more natural manner. Smart walls may prove to be invaluable tools for collaborative work by enabling users to share data while communicating.

The more generalizable AI systems coming online have a remarkable ability to analyze how offices function by tracking efficiency and finding solutions humans wouldn’t be able to uncover on their own. Some of the knowledge that emerges from this evolution will be unexpected, and employees should expect to see their workflows change at a fairly rapid pace. Again, agility in the modern office is critical for making the most of what AI can provide, and companies able to respond rapidly to new information and keep their employees up to date stand to reap the greatest gains as increasingly powerful systems come online.

Artificial intelligence is being viewed as a revolutionary technology, and data backs up this belief. Both companies and employees need to ensure they’re able to implement and learn new systems at a rapid pace, and they need to find the right balance between human reasoning and the types of intelligence at which AI excels. However, it’s also important to take a look on the overall economic impact AI will have, and ethical questions about AI’s use should be discussed as early as possible. 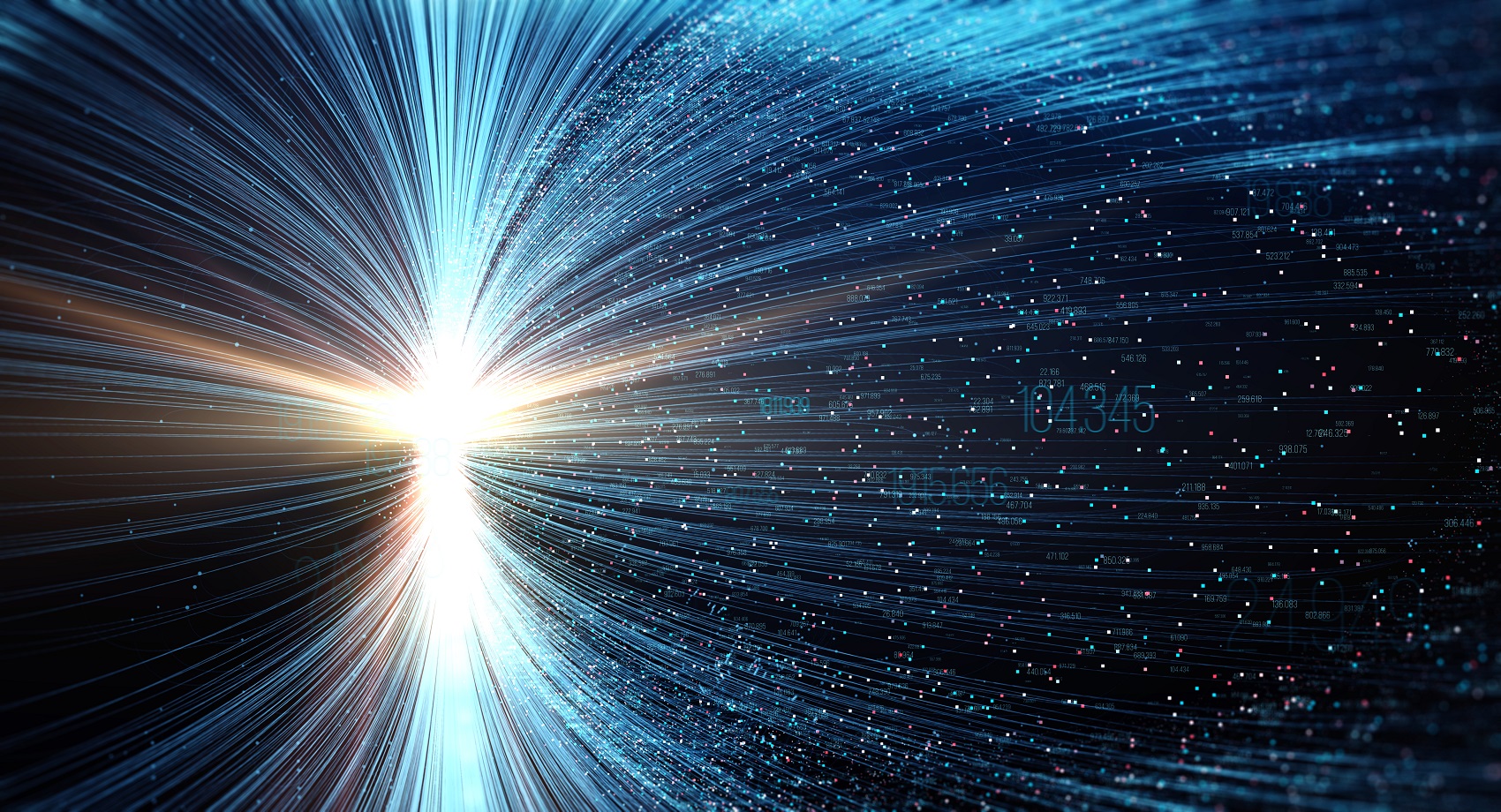