The self-driving vehicle fallacy explained: why the best route to Universal Autonomy™ isn’t via robotaxi

It’s a question that comes up time and again: “How will self-driving robotaxis improve the world?”

The short answer is, they won’t. And yet robotaxis have long been the primary focus of many companies developing autonomous vehicle (AV) technology.

It’s what I call a “vertical fallacy”. Robotaxis represent one of the most complex product verticals to commercialise, requiring years of hugely difficult and costly development —only to create a market-ready passenger vehicle that moves only one or two people, thus delivering less value but at a significantly higher price. In fact, putting more single-occupancy taxis on the road closes off an important route to addressing congestion, safety and carbon emissions.

Chief among the obstacles that robotaxis face en route to market is the challenge of “provability” of safety everywhere, meaning in all environments and situations, all of the time. Developing and proving safety amidst what is essentially an infinite set of problems to solve and synthesise has emerged as a significant roadblock to commercial scale for many contenders.

What’s more, those intent on building a proprietary platform of their own vehicle, with its own sensor hardware, software and services, are building closed systems. Who benefits most from a closed system? The company that developed it; not society, not the innovation community, and not the economy. Unlocking the true benefits to the most people depends on cultivating and leveraging an open and collaborative ecosystem.

Simply put, in a world that demands solutions that generate the most value for the highest number of people in the shortest amount of time, the robotaxi does not deliver.

Instead, we need to look to industries where deploying self-driving technology can create the most value for society, business, and the planet, and where there is immediate demand to do so. We can unlock that potential today.

The road to autonomy runs right through industrial domains

Instead of trying to solve the ‘everywhere’ problem, a better, faster, safer and ultimately more valuable route is to create an open software platform that enables AVs ‘somewhere’ —then harness those deployments to grow from there. Put another way, the key to getting AVs on the roads for everyone tomorrow is to harness these immediate opportunities in industrial domains today. Applications from goods delivery, warehouses and ports to mining, energy and agriculture are ideal places in which to deploy AVs at pace and scale. Autonomy can deliver meaningful value now while innovators use these experiences to refine the technology that will be used in multi-passenger shuttles, robotaxis and other applications in the future.

Straight on ‘til morning: a horizontal platform approach to autonomy

Want to know the not-so-secret secret to successfully deploying self-driving vehicles? It’s not about the vehicle; it’s about the software. Crack the challenge of reliable, safe-anywhere autonomy and you unlock what we call Universal Autonomy.

It’s a horizontal platform approach in which the software can be deployed in any vehicle, of any size, in any domain. By enabling autonomous operation on their existing electric vehicles, organisations can drive value sooner without stranding their transportation assets. It’s why we focus on the aspects we excel at: AI and the software that’s in the vehicle, the software that’s in the cloud, and the software that makes it all safe – so that the people who run ports can focus on running ports, and those who run solar farms or quarries or goods delivery warehouses can keep being great at that. By combining AV innovation with their expertise, industries can deploy the technology faster and in the way that best benefits their value chain.

Mapping hard miles through the metaverse

Harnessed appropriately, the data from each of those deployments becomes training material for every other deployment, expanding the available knowledge to drive crucial improvements to the overall platform. At Oxbotica, we go one mile further: incorporating that ‘hard mile’ experience into metaverse-powered software that uses AI to test and teach the system with a wider range of variables, challenging conditions and unpredictable scenarios than a vehicle could ever encounter in hard-mile testing.

The result is rapid, cost-effective development that is faster, safer and more reliable than expensive, time-consuming, conventional road-testing, which is ultimately unable to naturally encounter the ‘edge scenarios’ that can compromise real-world performance.

Full speed ahead: the road to universal autonomy awaits

Robotaxis will undoubtedly feature on roads of the future. By addressing the immediate and urgent demand for self-driving technology for industrial use today, we can put AVs on the road —  or off-road, as the case may be — sooner and at scale to benefit businesses, people and the planet. That’s how we will unlock the transformative power of Universal Autonomy faster, more safely and more sustainably,

And in doing so, we can change the way the Earth moves.

Gavin Jackson is CEO of the world-leading autonomous software company, Oxbotica. Gavin is an industry veteran who has had the great fortune of developing a career with some of the greatest minds at Amazon Web Services (AWS) and Microsoft and he was recently hired to take the company to the next level.

Oxbotica was founded in 2014 by Oxford professors, Paul Newman and Ingmar Posner. Since then, we have grown from a start-up through to one of the world’s leading autonomous driving software companies. We build software for real-world application, drawing on principles of physics, robotics, maths, AI and a dedicated team to perfect our technology. 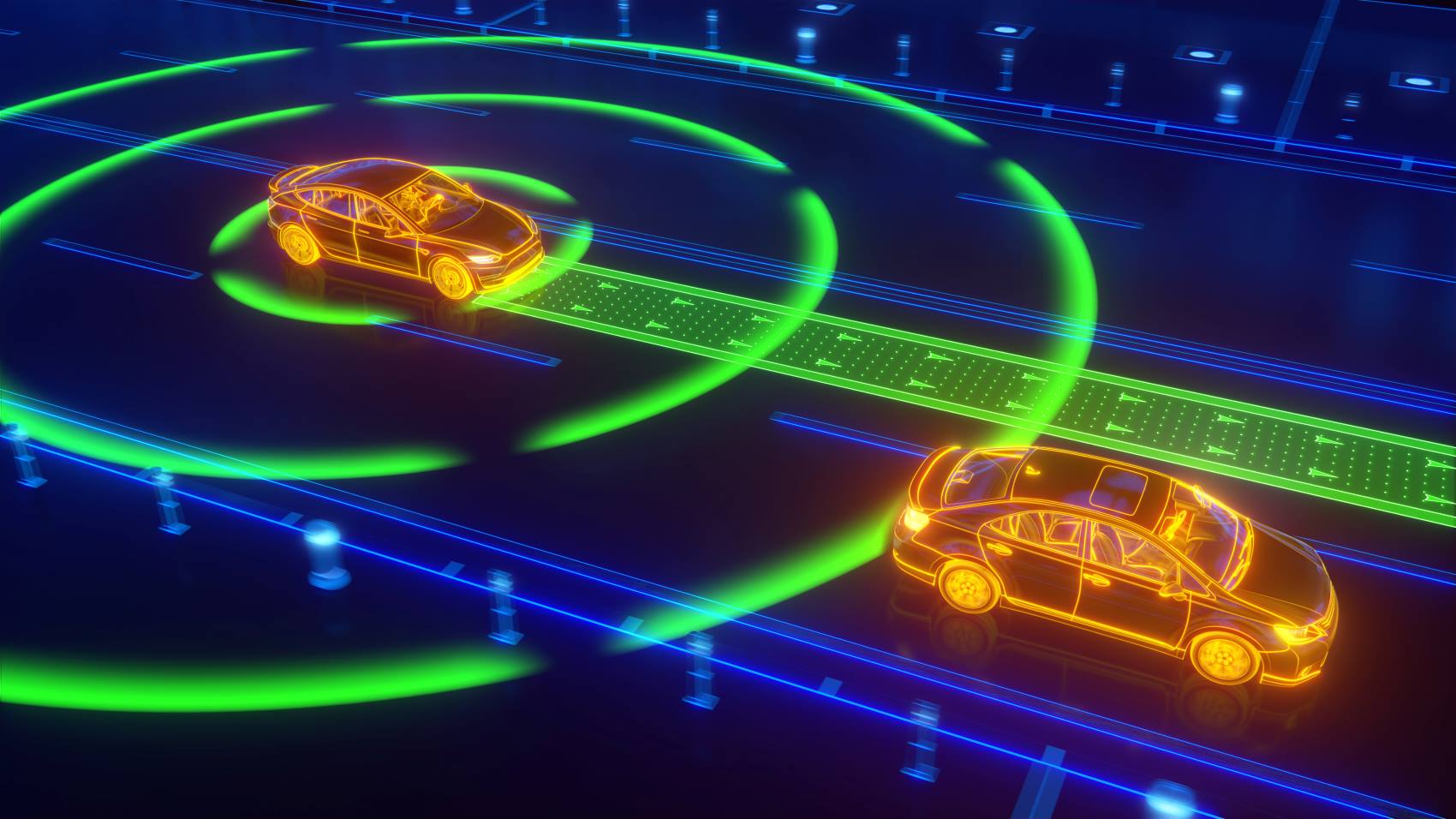