Seven Steps to Realizing the Value of Modern Apps

Massive disruption might have upended life as we know it, but some things remain constant.

The business defines objectives and strategy, and IT delivers this, ultimately creating the applications and services and experiences customers demand and employees need.

Being able to modernize applications means being able to deliver them at speed, with reliability and security, whether they’re cloud native or updated legacy, whether they’re in the data center or in a multi cloud environment. Businesses understand that without these services, meeting customer needs is going to be a struggle – a new VMware survey has found that 80% of EMEA application developers and tech leaders believe that, without successfully modernizing applications, organizations will not be able to deliver a best-in-class customer experience.

In fact, not only do modernized applications support companies to deliver better results, but those enterprises that are high performing are more likely to be the ones developing and delivering new applications and services into the hands of users, at speed. The study reported that two thirds (66%) of new applications make it through to production in high-performing companies, compared to 41% within underperforming organizations, while 70% of application efforts make it to production in the planned timeframe in high-performing organisations, compared with just 41% in underperforming.

But being able to support and modernise legacy apps while adopting new cloud native application practices has forced IT to rethink how it delivers them all, and does so securely, in a multi-cloud world. To accelerate the pace of innovation, IT departments need to simplify operations and management.

Where do they even start? The beginning point is always about what you need the application to deliver to the business, but that leads to more questions, all of which must be answered in order for IT to know where and how to ‘run all the things’ and the businesses to realize the value of modern applications.

1. What are the priorities and focus of the digital business?

In the analogue era, IT used to talk about the business as the internal customer. But that was a misnomer. Customers have choice, they can move to other providers if they’re not happy with the service. Businesses didn’t have that flexibility; they were stuck with what IT gave them – hostages almost, rather than willing customers.

Then technology went mainstream, and business units realized that they had as much access to the latest tech as IT, and sometimes more. So, if IT didn’t deliver, a head of department could go find the resources they needed elsewhere, with all the risks that entails.

Now IT has to serve the business like a real customer – understanding their needs, their challenges and their objectives, and demonstrating how IT can support those ambitions. It’s a two-way conversation, whereby business units and infrastructure teams speak a common language and help each other to understand what they’re both trying to achieve.

2. What applications need to run?

Leading on from that understanding is being clear on what applications are needed, and how that’s going to be supported. It’s a conversation for business units and, indeed, any relevant individual within the organization – and the resulting decision needs to as much a commercial one as it is technical.

Once that is established, IT teams need to be clear on how they’re going to deliver. Do they have the right team in place? There’s a common misunderstanding from the broader business that a developer can simply ‘develop’ any application – whereas the reality of course is that individuals are trained in specific programming languages and platforms. The challenge is that there’s every likelihood that IT teams are not just going to be focusing on one application, but many, all with different requirements and varying stakeholders.

So, ultimately, the applications that need to be prioritized should always meet the needs of the business, while working within the skillsets and parameters of the available development environments.

3. What platform does the application need to run on?

With organizations running a multitude of environments to meet the demands of their applications, each with unique technological requirements, finding the platform isn’t the only challenge. What’s hard is that the development and management is more complex than ever before, with IT and developers navigating traditional apps, cloud- native, SaaS, services and on-prem, for example.

Here’s where you need a common ground between IT teams, Lines of Business and developers – where having a single digital platform is critical – to remove the potential for silos springing up, enable the better deployment of resources, and provide a consistent approach to managing applications, infrastructure and business needs together.

It’s about creating one, common platform to ‘run all the things’. One, software-defined digital foundation that provides the platform – and choice of where to run IT – to drive business value, create the best environment for developers and help IT effectively manage existing and new technology via any cloud for any application on any device with intrinsic security. One platform that can deliver all apps, enabling developers to use the latest development methodologies and container technologies for faster time to production. All with consistent management and operations.

This is ultimately about enabling businesses to deliver better software faster; to automate the modern app lifecycle, remove barriers to the likes of Kubernetes and container adoption, and even run Kubernetes across clouds. In doing so, the business can position itself to support a new wave of modern apps: democratizing Kubernetes to deliver the apps that are transforming business competitiveness.

Businesses have multiple environments for a number of reasons – one of them can be the need to meet regulatory, compliance or customer demands for the geographical storage of data. There might also be a technology reason to keep data and applications as close to the end user as possible – if maximum latency is a non-negotiable, for instance.

Then there’s the issue of data sovereignty, which varies from country to country, and has to be considered when making decisions on application deployment.

The question of ‘where’ often breaks down to commercial and technical elements. The answer lies in bringing these considerations together, to move forward with both boxes comprehensively ticked.

5. How will I deliver them to users?

Once the foundations are in place, it’s time to consider how the applications will actually get to the user. This is often overlooked, and yet it’s the whole point of deploying modernized applications – to have users engaging with them and receiving the experience they’ve been looking for. It doesn’t matter whether they’re customers, employees or any other stakeholder – the application’s time to value cannot be realized, or even considered, until it is in the hands of the user.

That goes for keeping them updated as well – an employee could have some of the world’s most powerful applications in the palm of their hand, but by having to manually update each one, their true value won’t be achieved until that’s taken place.

That’s why the recent work at La Poste, the French postal service, is so compelling. It had already digitized its front-line staff by giving postal workers smartphones, prepopulated with applications that allowed them to offer additional services while doing their daily rounds. The challenge – and opportunity – was then in managing the updates across its entire remote workforce. Once it deployed a platform to manage the applications remotely, individual workers were better equipped to serve customers and increase revenue for the company. The ‘value’ of the applications had been realized.

All of the above is taxing enough; but threats lurk at every stage. Applications, data, infrastructure – it all has to be completely secure. The sophisticated nature of today’s cyber-attacks demands sophisticated responses, which is why building end-to-end security that covers applications, workloads, end points and infrastructure is so critical. It cannot be an afterthought, brought in just before shipping. Only through intrinsically integrating security can IT ensure that everything is secure across any application, any cloud, and any device.

Finally comes the management. Already touched upon in step three, IT teams need to have a way of being able to control all these different elements, at a time when talent and resource are under strain – something that needs to be addressed when one considers that 93% of our research respondents agreed that involving people with varied technical skill sets is an essential part of digital transformation efforts being successful.

It needs to be a simplified infrastructure, with consistent operations and a model to build and operate modern applications across multiple environments, whether on-premise or cloud based.

It’s quite simple – businesses need to be in the driving seat of being able to build, run, manage, secure and deliver any application – at speed –  if they’re to meet the needs of their customers both in today’s turbulent times but also, and critically, as a way of future-readying their business. This puts immense pressure on stretched IT teams, but it is work that has to be undertaken. Those organizations that deploy a single digital foundation, that create an infrastructure that allows for the fast development and deployment of modern applications, will be the ones able to realize the immense value of these new services and offerings, positioning themselves to succeed.

Ed Hoppitt is Director of Apps and Cloud Native Platforms in EMEA for VMware. At VMware, we believe that software has the power to unlock new opportunities for people and our planet. We look beyond the barriers of compromise to engineer new ways to make technologies work together seamlessly. Our compute, cloud, mobility, networking and security offerings form a digital foundation that powers the apps, services and experiences that are transforming the world. 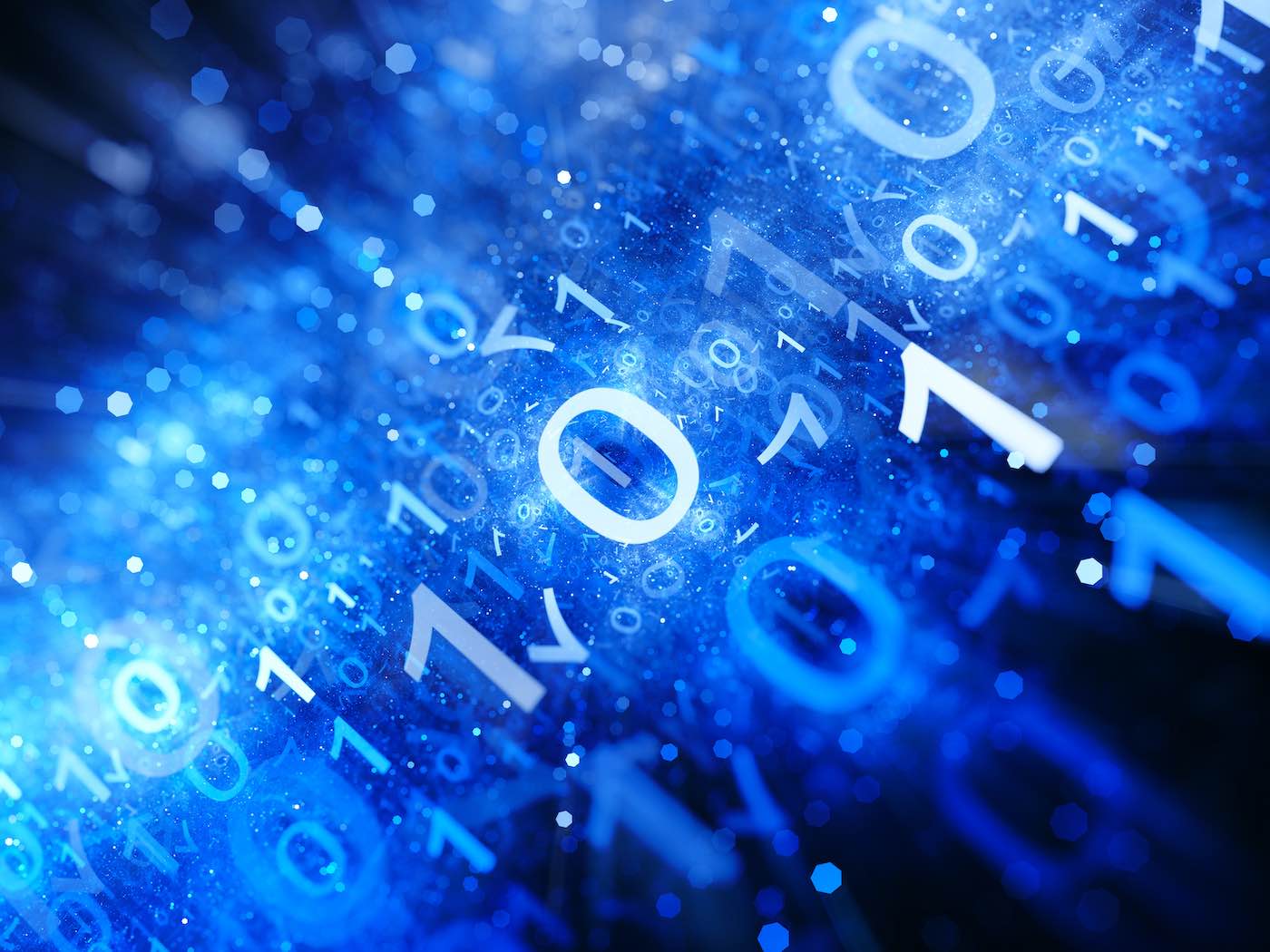