Disasters strike more frequently than many people know, and every business needs to have a plan in place to ensure they can respond appropriately 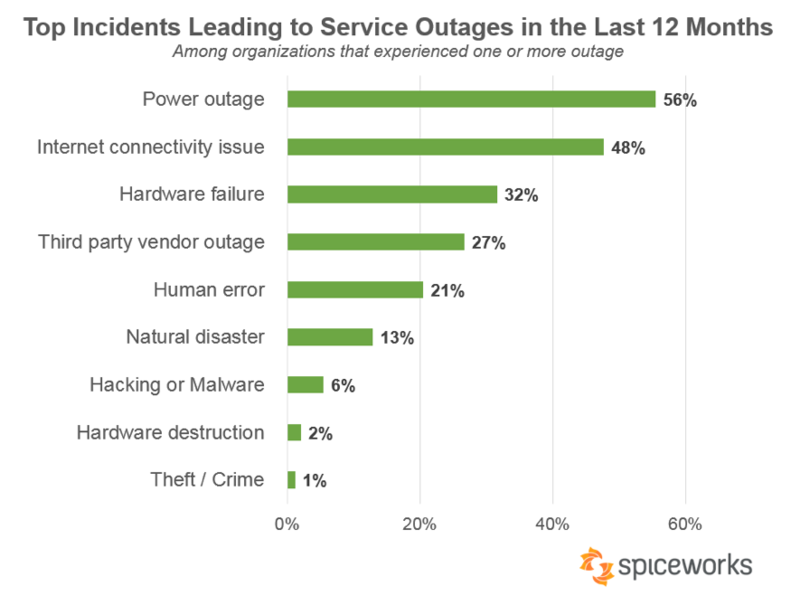 According to Spicework’s senior technology analyst, Peter Tsai: “Even the best-laid disaster plans can go awry, especially if no one bothers to test them. Ideally, a company’s disaster recovery plan should evolve and improve over time as weaknesses are exposed during testing and an organisation’s needs change. However, the results show testing is often infrequent or not taking place at all, leaving many organisations vulnerable when disaster strikes.” 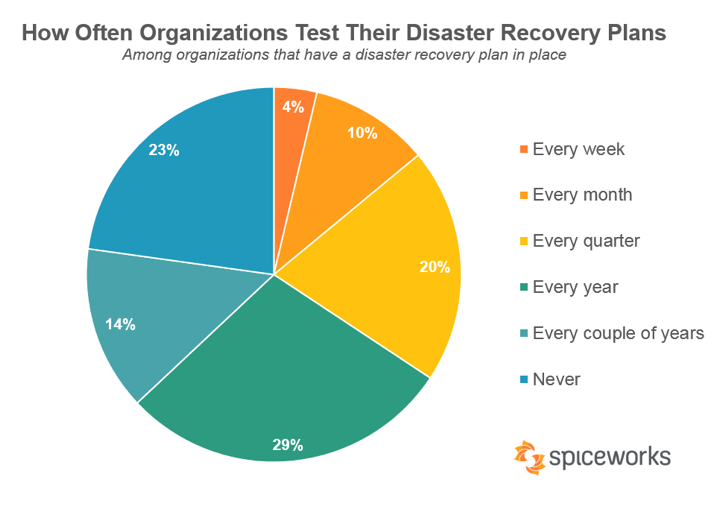 It’s fairly common for businesses to lose money due to outages. Across companies of all sizes surveyed, 27 report losing revenue because of one or more outages. Fifty-nine percent of those businesses reporting losing less than $10,000 dollars across the preceding 12 months, while 31 percent reported losses of between $10,000 and $100,000. The remaining 10 percent had losses of $100,000 or more.

Spiceworks also asked about the sources of these losses. The most common cause of problems was power outages, reported by 56 percent of respondents. Following in a close second place was internet connectivity problems, which were reported by 48 percent of businesses. Hardware failures were also fairly common, as they were reported by 32 percent of organizations. A surprising number of businesses weren’t taking basic steps to protect against these common issues. Less than half of organizations surveyed had backup power sources or redundant internet service providers. High availability and failover systems were again used by less than half of all organizations, leaving them vulnerable to outages in the event of power failures.

Disasters seem to strike at the worst possible times, but there are steps companies can take to mitigate the harm done. However, Spicework’s research shows that deficiencies in disaster recovery plans are common among businesses of all sizes, and even some basic steps to mitigate damage aren’t in use in more than half of all companies. Furthermore, companies need to ensure they’re testing their plans, as a bit of testing can go a long way toward preventing damage.