The Connected World is Transforming Sport

The technology industry, in general, is investing heavily in lucrative sports rights to capitalise on the sector’s huge fanbase, turning themselves from social media platforms into rivals for traditional broadcasters.

If we look at this year’s World Cup as an example, England may not have won, but it was the talk of the summer. The 2018 World Cup draw record numbers of viewers and followers around the world, with almost four million people reported to have turned to social media platforms to watch games online. These figures are impressive, but they are not unexpected for the event. Whilst everyone in the media arena already knew that millions would be tuning in, what made this year different is that broadcasters, technology firms and brands saw the opportunity to build whole new communities – communities of superfans, ordinary fans, and those that are not usually even fans at all. The role of social media and digital technologies was at the heart of this.

Understanding the power of the World Cup, the BBC used the tournament to trial the use of Ultra HD and High Dynamic Range (HDR) to show the games. Taking it one step further, it even offered fans the opportunity to watch the world’s first VR World Cup when it brought live coverage of all 33 BBC matches from Russia through the BBC Sport VR – FIFA World Cup Russia 2018 app. A feature that allowed anyone with a smartphone or compatible VR headset to open the app and find themselves inside their very own luxury private box in a Russian stadium.

One of the most remarkable aspects of the tournament was the use of social media, whether we are talking about fans posting their favourite clips of a match across social media, brands asking consumers to vote on who they would think would win, or players themselves directly engaging with the public. England footballers, Kyle Walker, Jesse Lingard and Harry Maguire, in particular, used social media to connect with fans and show how much fun the whole team was having during its time in Russia. Belgium’s Romelu Lukaku also used social media to develop personal connections with fans, reminding us all that footballers go through struggles in life too.

It is not just players who made better connections with their fans throughout the tournaments. Football supporters from across the world came together in Russia using Google Translate to communicate with one another about the game. In fact, the search company reported that queries containing ‘World Cup’ went up by 200% and those involving ‘beer’ by 65%, as the technology helped fans in Russia to bridge cultural divides.

What is important to note here is that the use of technology throughout the tournament was smart. It did not focus on gimmicks, but on developing connections and communities both on and off the field. This maturity in digital applications is being seen across the sporting world as brands recognise the power of building real connections with fans. F1 is now broadcasting onboard footage from every car to enable fans to feel closer to the drivers. The PGA has introduced a smart video clipping tool and AI platform which sifts through nearly 20 years of statistical data collected by the tour’s scoring system, as well as more than 80,000 hours of video in the organisation’s digital library, to provide real-time statistical trends and storylines relevant to the current action; allowing fans to keep updated in real-time.

Sport is one of the most lucrative sectors in the world, and sports broadcasting is thus becoming increasingly competitive. Traditional broadcasters are having to compete not only with each other, but also with technology giants such as Amazon (which acquired rights to show Premier League matches in the UK earlier this year) and Facebook (which, alongside the Spanish football deal mentioned earlier, also shows Major League Baseball to US audiences at a reported cost of $1m per game). As digital native companies raise their bets, traditional broadcasters need to stay ahead of the game. The opportunity for media and entertainment brands is quite straightforward: think ‘digital’ and consider all perspectives for your fan engagement to tailor your customer experience accordingly. 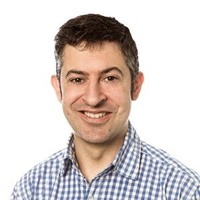 Chris Lawrence, Head of Media Consulting in the UK and Ireland at Cognizant. He is a management consultant and strategist with 20 years of experience working in media.