Now I don’t know about you, but I have some older kids, and distracting them with an invitation to sit down at the table to talk, normally doesn’t work out so well for the conversation.

However, doing something together that they like and being in the moment of ‘doing’, can often open the door to talking.

And thanks to the Queens Gambit miniseries, what my kids now love to do is play chess. So, while playing chess with my kids and having a conversation I wouldn’t normally have with them, it occurred to me that IoT projects are a little bit like chess games. In IoT, just like in chess, to be successful your opening strategy has to be right. Like the Queen’s Gambit move, sometimes you need to sacrifice something before you can win the game.

The Queen’s Gambit is one of the oldest opening moves in chess and is still commonly played. It is called a gambit because it requires a sacrifice to gain better control of the centre of the board.

And IoT fits in how? The gambit lies in how you move forward. As industrial companies develop their IIoT strategies and approaches, the board wants to know:

There are two paradoxes making it hard to answer these questions.

First, is the digital paradox. While companies are overwhelmingly saying that digital transformation – in general and IIoT in particular – is crucial for the survival of the company, at least one survey says it is not happening yet. A recent Bain & Company survey of 627 executives (more than half of them in industrial roles) shows that IIoT uptake is going significantly slower than predicted back in 2016.

The reasons will be familiar to you: High cost to implement, significant structural changes required. Manufacturers are seeing that, to achieve their long-time dream of closer interaction with the ultimate consumers of their products, they must change every aspect of their business – from customer relationships, product design, supply chain, profit and loss, to service models, and more. On top of that, a dizzying array of supporting technologies can cause buyers’ anxiety.

So, while the short-term forecasts are not quite that rosy, overall long-term expectations for IIoT are still high. Why? Given the progress in sensor technology, 5G connectivity, edge computing and analytics there’s little doubt of the potential for technology to vastly reduce complexity and improve efficiency for adoption.

Now let’s come back to our queen’s gambit; in order to solve a paradox and establish a foothold, a sacrifice is needed. But which gambit to play? What sacrifice to make?

To figure it out you must ask yourself the following: “Am I a producer or a consumer of a ‘thing’?”

Producers see the world through the lens of their product. As a producer you need to worry about the quality of your smart product, its relevance, reliability and ease of use, and the user experience in general. In short, your opening strategy should focus on the direct capabilities of the thing. Device connectivity and management, including security, should be the centre of your opening strategy.

The sacrifice? At the beginning of your project, you might miss out on other opportunities that a strong integration strategy can provide. Once the data is flowing from the device, you then can worry about the management of the data in all its aspects – and finally make use of that data by providing solutions and integration points to your product.

For example, if you are ensuring that parcels are delivered to the doorstep on time, you might bring some third-party logistic providers into the mix, to add trackers to the parcels. So, the focus from a consumer perspective is to build a strategy that solves the IT side – the business model, the enterprise integration and process management – first, before diving into the device itself.

After all, as a consumer you probably must integrate multiple devices from multiple vendors, and you become something like a fleet manager. If you don’t play your opening gambit right, you will struggle to gain control and orchestrate across all those devices across the different vendors platforms.

The gambit? You could be neglecting your device capabilities in the short term, but like in a game of chess, as long as you don’t sacrifice your most important pieces, there are many ways to success. It probably just takes more moves.

Whatever you do, try to prevent – as they say in German – Zugzwang. Zugzwang is having to make a move that will reduce the quality of your position. Therefore make sure your organisation analyses some of your opening moves through proofs of concept, when you start the IoT game for real.

Enjoy the game…it’s your move.

Bart Schouw is Chief Evangelist at Software AG. Software AG reimagines integration, sparks business transformation and enables fast innovation on the Internet of Things so you can pioneer differentiating business models. We give you the freedom to connect and integrate any technology from app to edge. We help you free data from silos so it’s shareable, usable and powerful – enabling you to make the best decisions and unlock entirely new possibilities for growth. 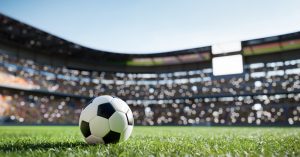