The Unstoppable Growth of Azure

When Microsoft chose to move to the cloud in a major way, analysts weren’t sure if the move would pay off

The company was still primarily known as a software business. However, Azure, Microsoft’s cloud platform, has seen tremendous growth in recent years, and its innovation and profitability has impressed the skeptics.

To the delight of shareholders, Microsoft’s most recent earnings report showed strong growth on the Azure platform, taking their stock price up 20 percent. In total, Microsoft’s revenue grew by 11 percent to 28.9 billion dollars, exceeding Wall Street expectations of 28.4 billion dollars. Azure saw revenue increases of 98 percent, smashing expected growth pegged at 90 percent. So what are the features and factors driving Azure adoption and making businesses place their trust in Microsoft with their data? We recently spoke to Azure CTO Mark Russinovich to discuss some of the latest additions to the platform and find out what users can expect in the next 12 months.

In order for the cloud to succeed, it must be thoroughly secured, as the cost of compromised data is extreme. Microsoft has been a leader in providing innovative security measures designed to fight the unique attacks the cloud might be vulnerable to. Most data is compromised while it’s being used, so Azure’s “confidential computing” technology ensures data remains encrypted while in use and won’t send data unless it can be verified as secure. By placing data in a self-contained enclave and only executing code from within this environment, confidential computing enables innovative means of protecting data, offering users even greater assurance that their information is kept safe.

Nobody quite knows what role the blockchain concept will play in the enterprise, but the technology’s inherent advantages over other paradigms leave little doubt it will carve out a significant role. However, current blockchain paradigms and frameworks aren’t particularly suited for enterprise use. Microsoft’s Coco Framework features a more discrete blockchain framework where both nodes and actors are declared explicitly, proving a more enterprise-friendly interface that also provides some performance advantages over other technologies. Furthermore, the framework is open source, making it open to community development. In fact, the framework has already received significant contributions from both large and small entities, making the platform versatile and easy to modify as blockchain implementations evolve.

Although more and more operations are expected to move to the cloud in the coming years, experts are realizing that hybrid cloud environments will be more popular than cloud-only platforms for the foreseeable future. Azure Stack promises to provide a seamless means of managing both on-site and cloud resources, enabling easier application development and making operations more flexible. Furthermore, companies can run Azure services on-site, which is a boon for companies relying on automated scaling, and the integrated design offers excellent monitoring techniques. Companies are expected to evolve their cloud infrastructures over time, and the flexibility of Azure Stack is already making it a popular choice.

Urs Renggli, Global Alliances Marketing Lead at Hewlett Packard Enteprise  says “Finding your right mix of Hybrid IT, one that’s powered by software-defined infrastructure engineered for Microsoft workloads, can enable delivery of IT-as-a-Service for improved speed and agility, accelerate the development and delivery of cloud apps and services, and further reduce risk by building security and resiliency into your platforms.

HPE ProLiant for Microsoft Azure Stack not only helps customers to leverage the benefits of both worlds, but helps to create a seamless experience across on-premise clouds to Microsoft Azure, which is critical when developing, testing, and deploying apps that power the business.

Containers have become popular in enterprise environments, but implementing them has proven to be complex and often at odds with other development and deployment paradigms. Compatible with the popular open source container automation system Kubernetes, AKS combines flexibility with easy management, providing a platform companies can feel comfortable investing in. Users can feel free to switch to other open source orchestrators as well, including Docker and DC/OS. Importantly, AKS doesn’t charge per cluster; users only pay for the resources they use, making it a great choice for times when on-demand scalability is important.

#Microsoft #Azure recently expanded support for #Kubernetes. In part two of our interview with him, @markrussinovich explains what’s behind the move. #Containers #AKS #TechNativeTV pic.twitter.com/31Ptgqi5Yd

The newest addition to the Azure platform is Event Grid. This suite of tools provide a single-service means of routing any event to any destination, providing a straightforward and powerful way to bring together Azure resources and providing a simplified means of developing cloud networks. Perhaps most exciting is the ability to develop serverless application architectures, and the tool’s scalable and dynamic design enables a broader range of development paradigms. Microsoft’s stated goal is to let clients focus on logic instead of dealing with infrastructure concerns.

When Microsoft announced its transition to the cloud, many predicted failure. However, a commitment to cloud operations, in addition to a change in attitude toward open source software and a greater willingness to work with other companies, is marking a successful transformation for Microsoft. So what’s next for the fastest growing cloud? According to Russinovich they will “continue to push the boundaries” in its capabilities.

Although the tech giant will maintain a critical role on personal devices and in traditional sever rooms, the cloud-based future is increasingly looking like one in which Microsoft will thrive, innovate, and lead. What’s more, they are embracing the open nature of cloud environments, so companies fearing lock-in will feel more comfortable settling on the Azure platform. 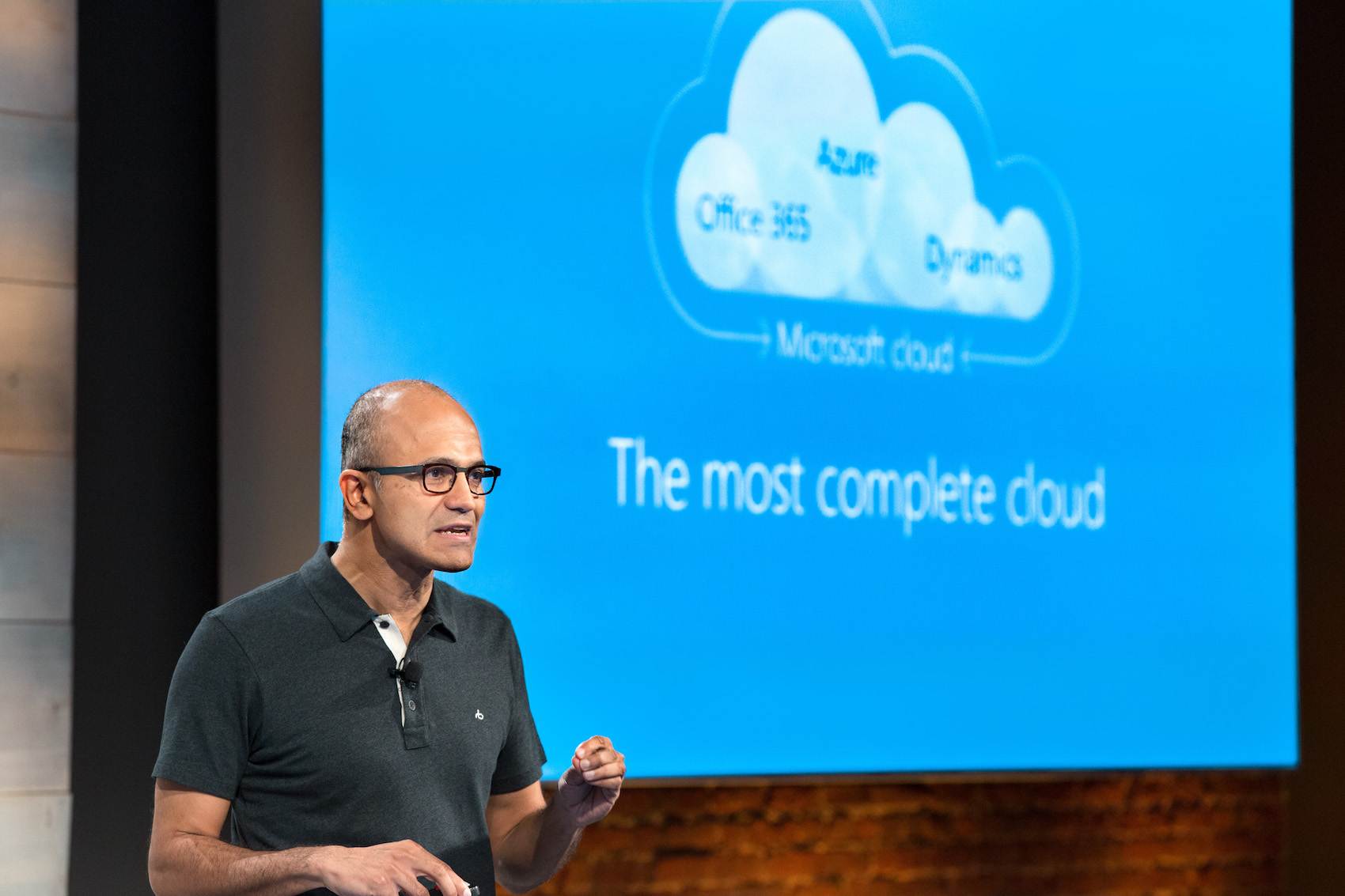