Hewlett Packard Enterprise’s Discover roared into London’s ExCeL this week, attracting thousands of the tech giant’s customers and partners from across the globe.

During the week, the company made a number of notable announcements and TechNative were there to get all details – here are our top 10 highlights:

Over the past few years, flash has gradually become the de facto choice for businesses looking to manage critical workloads and as the leader in enterprise storage, HPE’s 3PAR StoreServ platform has become a trailblazer in performance, cost-effectiveness and market share.

In their efforts to capitalise on their dominant position in the market, HPE unveiled an innovative new pricing model that quite literally gives the public cloud a run for its money. As well as a  financing program, starting at $0.03 per usable Gigabyte per month (a fraction of the cost of public cloud solutions), the 3PAR Flash Now program means customers can transition to flash adoption in a cost effective, risk-free way while tapping into HPE’s other technology innovations and services such as HPE Flexible Capacity and Pre-Provisioning – all with the assurance of the company’s 99.9999% availability guarantee.

There were some fascinating use-cases for HPE technology on display at Discover and one of the most interesting areas was the Public Sector zone. Hewlett Packard Enterprise are working with municipal and national governments worldwide to make our cities smarter and safer.

As part of our Discover Periscope series, our very own Clare Forrestier caught up with Arwel Davies, sector lead for communities at HPE to find out how their ANPR technology is helping prevent major incidents and fight crime.

Also on display in the public sector zone was a demo area highlighting Hewlett Packard Enterprise’s groundbreaking work in the education space. We caught up with their EdTech lead Paul Morrison to find out more.

Cyber security has been in the headlines more than ever in 2016 and it was a running theme throughout the three days of the show. We caught up with Master Security Architect Tim Ferrell to find out about his 5 x P security model

Back in the public sector zone we also caught up with Pete Schmidt about situational awareness in cybersecurity.

It’s not always your systems that are the weak link in a security posture – sometimes it’s the people. HPE’s John F McDermott explains why you need to create a human firewall.

LIVE on #Periscope: How to create a human #firewall #HPEdiscover https://t.co/DCuQYsLSgG

We also caught up with Reiner Kappenberger, Global Product Manager for HPE Security Voltage to find out how they’re helping customers ensure they stay GDPR compliant through encryption.

Finally we were lucky to catch up with our very own resident Cloud Security Guru Simon Leech to find out about his new book, Hybrid Cloud Security for Dummies.

Among the many significant announcements at Discover London 2016, HPE announced an expansion of Cloud28+, a program that links customers with a global, open partner ecosystem of cloud service providers.

Cloud28+ connects partners and customers – much like a matching service. It enables customers to search for solution providers that meet their individual workload and regulatory requirements, including price, SLA, certification level, security requirements and geographic location.

Based on the initiative’s growing momentum, HPE is now opening Cloud28+ to partners around the world. Partners from all regions can either participate in the existing community or join forces with HPE and other organisations in their geographic regions to create sister communities tied to the same cloud services catalogue.

We caught up with Xavier Poisson, Vice President of Worldwide Indirect Digital Services before the event to find out about the expansion and the Cloud28+ initiative’s phenomenal growth.

Developed as part of The Machine research program, HPE announced the first proof of concept for memory-driven computing, representing a major shift in the fundamental architecture on which all computers have been built for the past 60 years.

“We have achieved a major milestone with The Machine research project — one of the largest and most complex research projects in our company’s history,” said Antonio Neri, Executive Vice President and General Manager of the Enterprise Group at HPE. “With this prototype, we have demonstrated the potential of Memory-Driven Computing and also opened the door to immediate innovation. Our customers and the industry as a whole can expect to benefit from these advancements as we continue our pursuit of game-changing technologies.”

We caught up with Chief Architect of the project, Kirk Bresniker to find out how it came about and what it all means.

Far and away the busiest section of the exhibition was the HPE Synergy stand and that was unsurprising given the company’s announced expansion of its composable initiative with the addition of a new hybrid cloud offering and technology extensions to HPE hyper-converged systems. In extending HPE Synergy’s fully programmable infrastructure to HPE’s multi-cloud platform and through software enhancements to the HPE Hyper Converged 380, HPE is enabling IT operators to deliver software-defined infrastructure as quickly as customers’ businesses demand.

HPE Discover wasn’t the only big tech event taking place this week – AWS’ Re:Invent took place on the other side of the pond and the company announced that its Enterprise Services organization is now an Advanced Consulting Partner for Amazon Web Services, as well as launching HPE StormRunner Load, a SaaS offering for performance and load testing on AWS Marketplace.

Discover saw a number of new IoT Solutions announced by HPE –  making clear their intention to be the lead enabler of the IoT. These products included the new HPE Mobile Virtual Network Enabler, giving customers greater control over IoT devices that need cellular connectivity and services. Their aim is to foster the emergence of new, specialised IoT MVNOs, much like MVNOs in the mobile industry but specifically providing IoT connectivity services.

In addition, their Universal IoT Platform, first announced last year, provides multivendor IoT monitoring, reporting, and analytics services with carrier-grade reliability and scale. The platform supports long-range, low-power connectivity deployments such as LoRa and SIGFOX, as well as devices that use cellular, radio, Wi-Fi and Bluetooth. 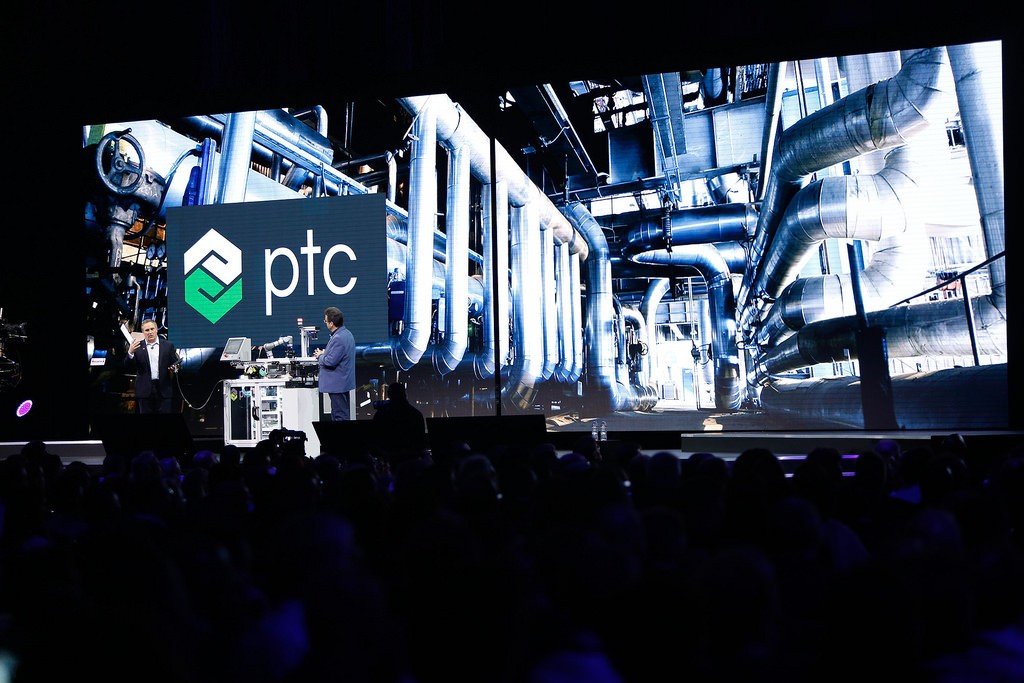 HPE’s recently announced collaboration with PTC was also in the spotlight in the general sessions, discussing how the combination of best-in-class hardware and software is enabling customers to solve IoT data management problems and make decisions from sensor data more effectively.

#IoT will drive Global GDP from $4.2 Trillion (2016) to over $11 Trillion in only ten years. https://t.co/l9aFxAcedL #HPEDiscover pic.twitter.com/ZpzyC8PiVs

Early on day 2 of the conference, HPE announced major new research produced with IDC which aims to help businesses prepare for disruptive forces like IoT and Blockchain and ready their operating model and infrastructure to cope with the billions of new connected things and data deluge.

Go to prepareforbillions.com to download your copy of the report.

Out of all the many different topics covered across the theatres and discussion forums around the show floor, presentations covering Azure Stack were far and away the busiest – many standing-room only.

Currently under technical preview, Azure Stack is the new hybrid cloud model that allows customers to run Azure -native services like VMs and Azure development environments from on-premise datacenters. As one of a select group of vendors to offer Azure Stack at launch, HPE’s team were out in force promoting the benefits.

We caught up with the Director Strategic Alliances – Microsoft & HPE, Sanjay Sidhu to find out what all the fuss is about.

Find out more about Azure Stack

If you were unable to attend HPE Discover, you can catch replays of the general sessions here. 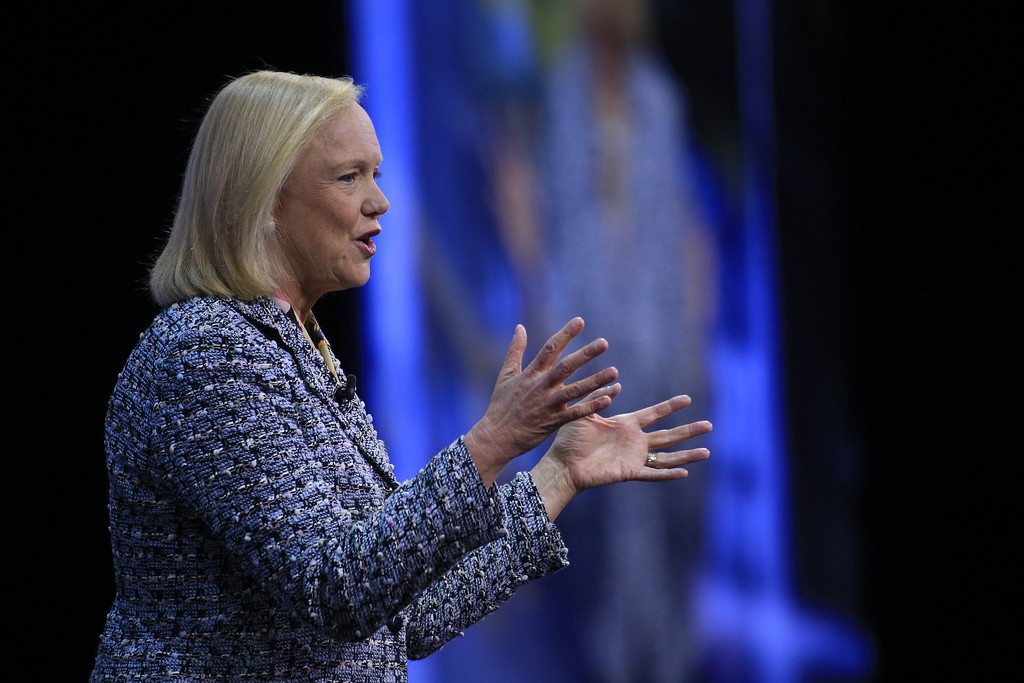