Technology innovation continues to restructure industries and redefine what’s possible – but how is it reshaping the experiences we want from our interaction with organisations?

The future medical industry will see machines diagnose us, while humans hold our hands.

A reality, definitely and less scary than you might first think.

Think of a super smart computer – or Artificial Intelligence –  that could instantly mine every piece of relevant medical research available on the planet relating to your symptoms to make a diagnosis and recommend treatment. Not just based on the intellect of your consultant, but that of every consultant and research scientist in the world! That would feel reassuring, right? But then having that human contact with your consultant, the empathy and support through your treatment would be a vital component.

No human alone could offer this combination of insight and empathy. Who wouldn’t want this?  This is the frontier of medicine and healthcare delivery, all enabled through this perceived ‘scary’ AI.

Today the opportunity for machine-led diagnoses must battle the trepidation surrounding genuine innovation. We are, naturally, nervous about the ‘new’. We read headlines and become anxious when we think that science fiction is bleeding into our actual lives. Recent VMware research highlighted this, with just 22% of adults in the UK wanting fully-automated healthcare services, where technology is used to spot, diagnose and treat illnesses.

The reality, however, is that advances in technology have reached a point where Science Fiction has become Science Fact. We have already seen technology-driven models restructure entire industries and reshape the experiences we, as consumers, receive from them. Compare the entertainment industry in the 1990s, where Virtual Reality was purely the subject of future-gazing cinema (The Lawnmower Man, Strange Days, eXistenZ), to today, where we have affordable VR headsets for the home – for gaming, movies, documentaries – from leading global brands. Indeed, last year digital media and entertainment spend surpassed that of traditional media on its way to becoming a trillion-dollar industry – and we haven’t even scratched the surface. We barely appreciate the technology innovation that is shifting us towards new forms of entertainment, service and consumption habits.

Perhaps the most profound change relates to how quickly ‘exceptional’ can become normal or even mundane. How quickly has the iPhone become, well, just normal?

Let’s take the self-driving car – reshaping the future of the automotive sector right now. Thinking about the typical user experience here: minute 1 – pure horror and excitement, minute 2 – an intense curiosity and fierce questioning over how the technology works, minute 4 – acceptance and even boredom as everything becomes normalised and the focus is on ‘what’s next?’

This is a great metaphor for technology adoption – the movement from fear to acceptance – as industries across the board embrace advanced solutions, in a rapidly short space of time. Artificial intelligence, for example, has already been successfully integrated into the back-end systems of many major banks, while millions of people sit in planes that are largely automated beyond take-off and landing without event thinking about it.

The automotive sector is battling the fear factor right now, as a mistrust of autonomous vehicles eclipses the hype around their potential. The industry is motoring towards a driverless future yet new VMware research shows just a third (36%) of respondents would trust a fully autonomous vehicle to pick up their children from school, while current fears around safety and control mean the majority (61%) of UK adults don’t believe they’d use an autonomous vehicle in the future.

Organisations face a challenge; they need to innovate to remain competitive and bring new services to market – or in the case of the healthcare example, find new ways to diagnose and provide exceptional patient care – but they cannot afford to alienate consumers or compromise customer experience in the process. Innovation must be aligned with the customer’s appetite for change. So how can organisations deliver the right experiences now, while laying the foundations for tomorrow’s revolutions?

A large part is understanding that innovation is rooted in today’s technology, and communicating this to give consumer assurance. A ‘fully autonomous vehicle’ might sound incredibly exciting, new and terrifying but, in reality, it’s a data center on wheels. Its ability to operate and interact with other connected technologies and sensors is because of cloud-based networking technologies and the data running through the vehicle. This means it’s subject to the same kind of management and operational systems one would have with an enterprise data center.

Here’s where the question of ‘what’s safer’ comes to the fore – a machine or human? Within the world of autonomous vehicles, the Tesla Autopilot incorporates radar, sensor and camera technologies to provide a view of the road that a driver alone could not access. It can monitor the car in front of the car in front of you: if that vehicle brakes, slows or changes direction rapidly, the Tesla detects this and reacts instantly – beyond the capabilities of a human driver. This only works, however, if there’s zero failure. Security has to come as a default, built into the very DNA of these applications. New technologies will only prosper if their perceived reward outweighs any associated risk.

So, while it might sound less futuristic and ‘cool’, communicating that what’s coming next is a natural, finite evolution of what is in operation today, and that this can be controlled, is important to helping mitigate consumer anxiety that is wrapped up with visionary buzz words. This will path the way for curiosity, understanding and acceptance. With this approach, organisations can use technology to drive innovation and, ultimately, customer experience, as industries become ever more progressive.

Joe Baguley is VP and CTO, EMEA at VMware. At VMware, we look beyond the barriers of compromise to engineer new ways to make technologies work together seamlessly. Our compute, cloud, mobility, networking and security offerings form a digital foundation that powers the apps, services and experiences that are transforming the world. 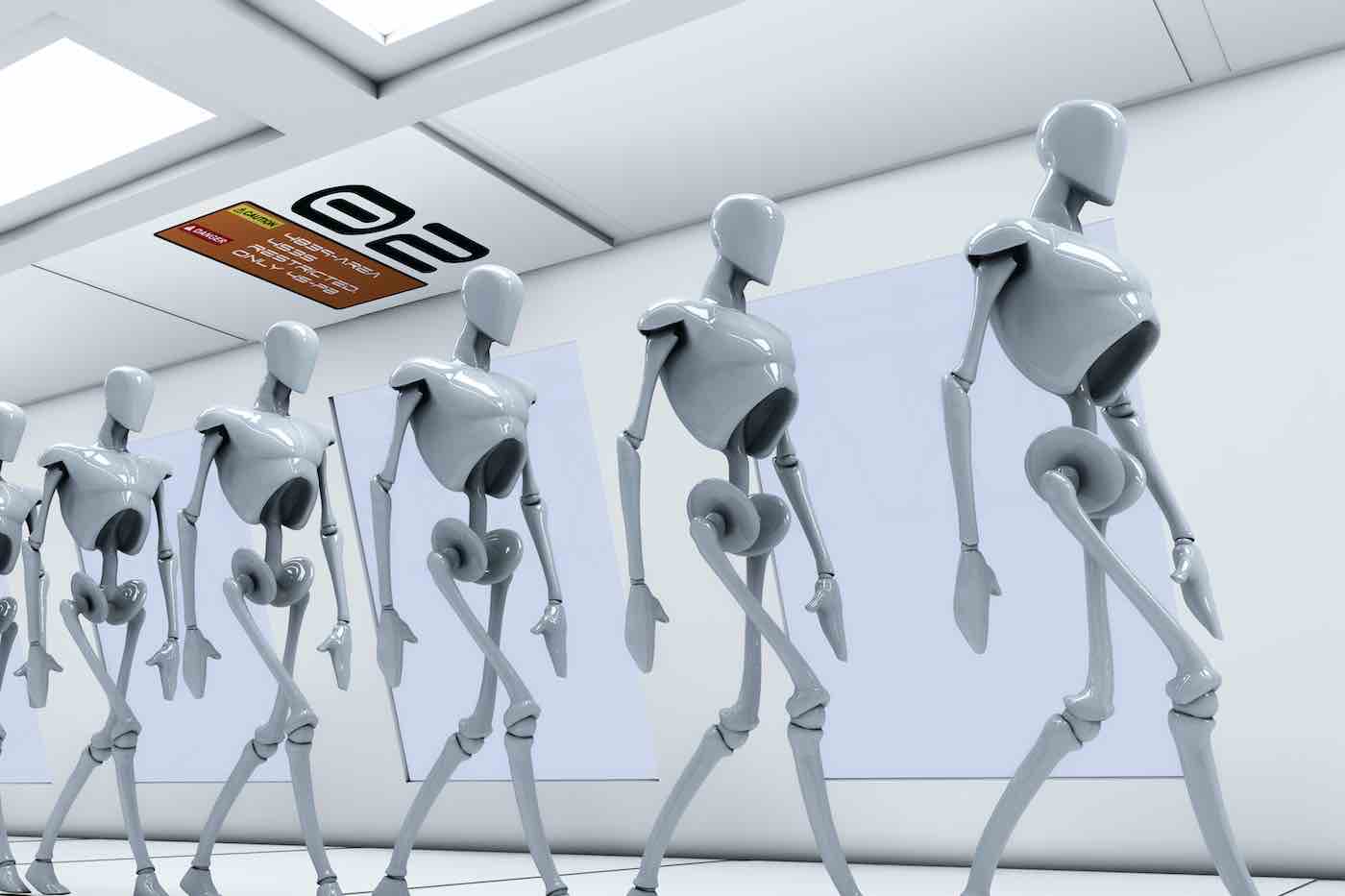