You may not think of yourself as a coder, but if you use Excel, Airtable or Zapier or have built a Shopify website, or taken notes using Notion, then some would argue you fall into the growing category of semi-technical coders

Over the last 10 years, many of us have been unwittingly drafted into the software revolution and younger generations have become very comfortable with the concept of coding games on Roblox or Minecraft, or programming the Raspberry Pi.

The low-code movement has taken this revolution a step further, possibly the most significant and accelerating trend in software development over the last decade. Prior to its arrival, coding was the domain of the few with the motivation and focus to master low-level languages like PHP. The exacting use of punctuation, formatting, and higher concepts such as the object-orientation paradigm, formed a barrier-to-entry that not many were able to breach. It meant coding was a black box and mastering development skills entitled the developer to a high salary, as well as the opportunity to patronise those digital muggles unwilling, or in some cases unable, to rise to the cognitive demands of a technical career.

More accessible high-level programming languages and platforms have blurred the definition of coding and empowered semi-technical people to achieve hitherto-impossible goals in everything from app creation to data mining. In one sense it has unleashed a more entrepreneurial approach to coding and how it supports businesses.

It was Microsoft that started it. Back in the 1990s, their Visual Basic language encouraged a generation of semi-technical analysts to embrace coding to radically speed up spreadsheet analysis and report production. In recent years, the low-code movement has evolved beyond blunt software tools for the non-technical. Platforms like Webflow and Airtable appeal to the amateur and the professional alike, eliminating pointless syntax but still fulfilling a valuable role and supporting first-tier product development. A typical pattern is that a technical user will establish an overall structure, and that other members of a team make smaller changes and swap out content.

The last bastion of text code yet to be affected by the current lowcode movement is general-purpose coding, where developers prize flexibility and are traditionally suspicious of graphical interfaces. But even here, many are beginning to question the fundamental problem of the separation of the code repository (like npmjs.com) and coding environment (for example Microsoft’s Visual Studio), which is a drag on productivity. This separation means it is hard to find pre-existing code and re-use it and developers spend a significant time sifting through npm packages looking for relevant code, or simply re-writing existing code because it’s quicker to make it than to find it.

In the summer of 2021, two new approaches, CRANQ in the UK and Github’s Co-Pilot in Silicon Valley, have emerged to address this inefficiency in a global lowcode market that is sizeable – growing at 31% CAGR to $187bn by 2030 – as well as strategic.

Github’s Co-Pilot is an AI-driven code-completion service and is built on top of the GPT-3 algorithm using code stored on Github as a model. Co-Pilot’s code-completion demonstrations promises that developers will spend less time writing code, but it nevertheless follows the path of accelerating existing text coding.

CRANQ shifts the paradigm completely by moving to a flexible low-code format based on code components. CRANQ is a language-agnostic drag-and-drop Integrated Development Environment (IDE) that allows developers to quickly create and combine blocks of code (components), promising an order of magnitude increase in coding speed, as well as being vastly more accessible to non-coders.

The ambition and potential for this technology is huge. We believe CRANQ is the first attempt to target general-purpose coding with a flexible visual coding interface and our goal is to deliver fully democratised programming, which will render text coding unnecessary or obsolete for many users. What it means for the professional developer and the non-technical coder is incredibly exciting: By our estimates, professional coders will be able to code 5 – 10x faster and non-technical users will be able to create what they want or edit and configure work done by professional programmers.

It will bring an additional level of dynamism to the coding world, and it will break down the barriers between professional and non-technical coders; however, it will not make one group more essential than the other.

There will still be a need for professional coders to develop highly specialised code for applications customised for a business workflow to deliver competitive advantage. The non-technical user will be able to develop functionality with even more agility and react to opportunities in the market. Arguably, the greater the collaboration between the two groups and the more understanding they have of one another, the more effective this relationship will be.

Indeed, those organisations that understand these implications best will be able to release a generation of applications that will redefine not just what it is to code, but how business processes work and companies interact with their customers. 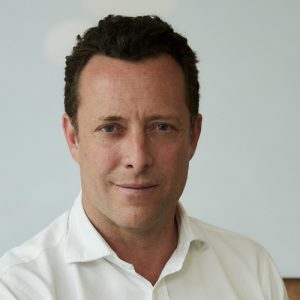 Toby Rowland is a tech entrepreneur who loves building businesses with huge potential from zero. a blank sheet of paper, and was formerly CEO & Co-founder of Mangahigh.com, Co-CEO & Co-Founder of King.com, VP Marketing uDate.com, and COO & Co-Founder of ClickMango.com. Toby lives in London.