Why Business Agility is the Key to Long-Term, Strategic Success

Imagine, for a moment that you’re playing a game of chess

Given that I work for a company whose CEO has such a close affinity with the game, it’s perhaps an obvious choice of analogy for me to make, but I hope you’ll indulge me, nonetheless. Is the best way for you to defeat your opponent to take a cautious, conservative route, reacting on a move-by-move basis? Or is it to think of the game as a whole, considering the best moves you can make to anticipate your opponent’s strategy and expose their weaknesses? I hate to break it to you, but if you fall into the former camp, then you’re most likely not a very successful chess player – although the chances are that this isn’t necessarily news to you! However, what may interest you to hear if you most closely identify with the latter is that many of the same behaviours also define what makes for long-term business success.

Of course, anyone in a business leadership position will tell you that it’s always more important to be a good strategic thinker, beyond just being reactive and tactical. All of which makes it even more surprising that so few seem to be putting this philosophy into action. What if I told you that embracing change could make your business more effective, more profitable and improve engagement with your customers? Well, the truth is that there is, it can, if you are willing to commit to  business agility.

There are a number of ways of defining agility and what it means within the business context, but for our purposes, I’ll define it thus: ‘a dynamic state of readiness that empowers an organisation to balance speed and stability through operational discipline, adaptive leadership, and smart technology to rapidly exploit change and complexity’. In other words, it’s having the ability to be flexible and to react nimbly and quickly to changes within one’s environment. You might think that this capability would be fundamental to any business; after all, any business that reacts slowly to change can surely only be left behind in the slipstream of its competitors?

Some organisations, it seem, disagree. A recent Pega study found that less than a quarter (23 percent) of global senior executives view business agility as an essential part of their business strategy, while less than 43 percent currently classify themselves as agile adopters. This is despite the fact that those who have chosen to adopt an agile approach have reported a wide range of benefits, including significant increases in revenue growth (84 percent), profitability (78 percent), customer acquisition (78 percent) and customer retention (77 percent). Meanwhile, 82 percent of strategic agile adopters surveyed rated overall customer satisfaction and quality of customer experience higher than their industry counterparts as well as an average of a 25 percent increase in satisfaction across key business metrics.

So what’s the problem? For many, it appears that a fundamental reluctance to embrace risk is the answer. Asked why they hadn’t adopted an agile approach, 43 percent of respondents cited a lack of experience with agile methods as a reason for non-adoption, with 41 percent advising that agile practices are too costly for the expected rewards. In other words, there’s a worrying number of organisations that are too conservative or risk and cost-averse to invest in a model of strategic behaviour that could have a hugely positive impact on their business.

Think about that for a moment. It’s the rough equivalent of a man drowning at sea refusing to take a life-jacket just in case it turns out that the material isn’t sturdy enough, or the crew decides to charge him for wearing it. Perhaps most worrying of all is that this behaviour seems to be driven from the very top of the organisational pyramid. Indeed, it’s telling that almost half (47 percent) of respondents to our study say that a lack of executive sponsorship is behind their failure to adopt business agility practices.

The truth is that business leaders need to stop playing a cautious game and take a step back to look at the bigger picture. Sure, by focusing on the bottom line, your business might avoid taking a short-term hit (though there are no guarantees). But senior executives must also ask themselves whether such inherent conservatism, allied with a steadfast refusal to embrace any sort of risk is really the best thing in the longer-term. As the saying goes, ‘nothing ventured, nothing gained’, and it’s a phrase that many decision makers would do well to heed.

My advice to any organisation would be to reject tactical, piecemeal thinking in favour of taking a wider view. Don’t be too scared to think strategically. Instead of taking each move on the chess board as it comes, enable your business to think several moves ahead by making it flexible enough to react to sudden changes you might not see coming. The benefits are clear; increased customer satisfaction, greater collaboration between IT and the business and even superior product quality are just some of the long-term benefits that could emerge as a result of adopting an agile approach. So what are you waiting for? 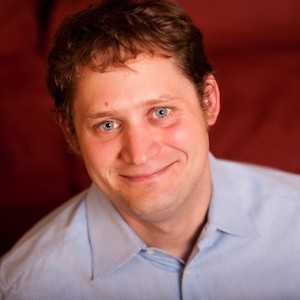