Will the Sharing Economy Shift Society?

When personal computers started taking off, people worried that users would become isolated and absorbed into virtual worlds at the expense of their daily lives

With the advent and near-ubiquity of the internet, however, desktop, wearable and mobile devices have shown the potential to connect people in ways few imagined before. Increasingly, these connections are turning into innovative ways to connect and intriguing business opportunities: The “Sharing Economy” is now a substantial force in our daily lives, and it’s likely to keep growing in scope and reach.

At its core, Uber is simply an app that connects drivers to people in need of transportation. However, the power of this simple idea, against the backdrop of a world where taxis services have failed to keep up with modern technology, means the company is now valued at a staggering $40 billion. Many elements of the sharing economy merit deep inspection, but it’s important to understand why Uber succeeded: It provided a low-cost and convenient way to connect people with a valuable service, and this model can be extended to other fields. Leveraging the networking capabilities provided by the internet can give companies a substantial advantage over their more traditional counterparts, and this type of disruption will have a profound impact on society.

In major cities, including London and New York City, beds are at a premium, and the cost to stay a night near popular areas can be exceedingly expensive. However, many travelers would be happy to spend less and spend the night on a couch or in a spare bedroom in someone’s home, but there was no way, before Airbnb, to connect people to these open sleeping opportunities. The net effect of Airbnb has been better use of space in popular areas, making travel easier for those who don’t want to deal with the cost associated with staying in a hotel. Economics deals with managing scarce resources, and Airbnb shows how the sharing economy can improve net efficiency.

Uber and Airbnb have gained some notoriety by avoiding regulations, especially in their early days. Both became popular while on shaky regulatory grounds, and both continue operating where they do today by compromising with government agencies. However, the early success of both companies was partially due to their ability to avoid regulations, and society needs to determine how much flexibility new organizations in the sharing economy will have. While regulations aren’t always popular, they play a critical role in ensuring fair labor practices and in keeping people safe. Loose regulations might allow for some innovation, but at what cost? The sharing economy is inherently difficult to predict, and finding the optimal regulatory model may simply be impossible. It’s up to voters, ultimately, to ensure their elected officials are giving the matter the attention, and vigilance, it needs.

Not even the fundamental elements of our modern economic systems are safe from the sharing economy. Payment processing, which has long relied on centralized processing, is being disrupted by blockchain payment processing. By decentralizing payment processing and using a peer-based approach to handling payments, the sharing economy is forcing experts to determine what effect decentralized management of payments will have on our daily lives. How does a government regulate what services people can buy if payments can be made anonymously? What sort of reporting will be needed to prevent the illegal flow of money? One of the aims of blockchain payments is better efficiency, which can have a positive effect on society. Furthermore, replacing centralized ledgers can eliminate certain vulnerabilities, potentially resulting in a more robust financial system underlying our day-to-day transactions. However, a lack of an easy means of regulating transactions, and a still-unknown set of potential vulnerabilities, causes some experts to be wary of the blockchain future.

A significant portion of regulation involves taxes, as governments need money to provide basic services that benefit everyone. Many proponents of the sharing economy also advocate a techno-libertarian economical philosophy: If private markets, buttressed by new technology, can take over certain roles traditionally held by the government, fewer taxes would need to be collected. Others are wary about such a future. Governments are fundamentally democratic, giving voters the final say in how society functions. If this role is reduced, corporations would wield more power than they do already. If monopolies emerge, how would society handle this loss of control? The fields of government and economics are closely tied, and the disruptive effects of the sharing economy may force a reexamination of the role between individuals, the government, and businesses.

Starting a business has traditional been viewed as an expensive task. Starting a taxi company, for example, demands purchasing vehicles, hiring drivers, and dealing with the potentially expensive regulatory framework. The sharing economy, on the other hand, means entering a new field sometimes only requires developing software. Lyft, and other ridesharing companies, were able to compete with Uber by creating a similar app. This lowered barrier of entry has the potential to bring on new and innovative ideas, resulting in better services and lower costs to users. In addition, companies must expect significant competition; one of the arguments against Uber’s high valuation is the fact that creating a competitor is relatively simple. Why should investors expect Uber to maintain its grip on the ridesharing market?

Unions have long been supported for being the natural counterweight to corporate control, and labor unions have been key in creating and maintaining safety measures for workers and in protecting the public. The sharing economy is not conducive to labor unions, and its open nature might make it difficult for labor forces to bargain as a collective entity. It’s up to governments to determine how to replace the role labor has fulfilled, if maintaining that role is viewed as a desirable goal.

The sharing economy seems all but inevitable due to today’s technology, as efforts to stop the sharing economy from thriving would likely be inherently authoritarian. However, governments, and voters, by extension, don’t have to abdicate their roles completely to the tech-powered free market, and it’s up to individuals to be informed about the sharing economy’s implications while interacting with companies that aim to disrupt their more traditional competitors. 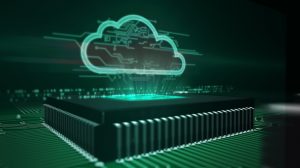 Troubleshooting cloud migrating problems, before they cause a storm 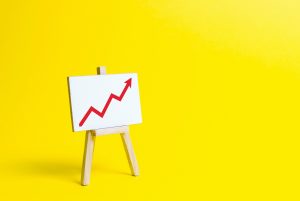 Why Automation Matters More Than Ever for App Developers

The Path to Multi-Cloud: How Converging Technologies and Innovations Require Multi-Cloud Strategy
Troubleshooting cloud migrating problems, before they cause a storm
Financial inclusion is nothing without security: finding a better balance for prepaid cards
The key to unlocking optimum Digital Employee Experience: Proactivity
It’s time to put outbound email security under the spotlight – the pain points and the remedy
Why Automation Matters More Than Ever for App Developers

The Path to Multi-Cloud: How Converging Technologies...
Troubleshooting cloud migrating problems, before they cause...