Women in Tech: Breaking Bias in the Workplace

International Women’s Day serves to be a global occasion to celebrate social, cultural, economical, and political achievements of women

Society has undergone significant transformation since the day was first introduced back in 1975. The world today has come a long way from the one back in previous centuries. This positive change has improved opportunities for women. Today they are prime ministers, astronauts, doctors and lawyers – among many other roles. However, the hard truth is that despite this progress, there still exists a significant amount of gender inequality – especially within business.

Tech Native spoke to a range of industry experts at different levels, offering advice on how organisations can break the bias and ensure equal representation.

International Women’s Day (IWD) has a distinctive meaning to different individuals. To some it is a reminder of the difficulties that women have faced – and continue to face – throughout society. But in a more positive light, according to Caroline Gray-Mason, Director of Water and Energy Solutions at Cenergist, it is an opportunity to highlight the achievements of women.

“International Women’s Day is a celebration of women’s success, achievements and ability to multi-manage in a world that is still evolving, still learning, to break gender bias and stereotypes” explains Gray-Mason. “It offers a chance to the men in women’s lives to stand back and appreciate just how awesome we are. The saying goes, ‘behind every strong man is a stronger woman’ and this is most likely true in many circumstances.”

Stephanie Eltz, CEO and Co-Founder of Doctify, agrees with Gray-Mason, asserting that International Women’s Day is an opportunity of celebration: “International Women’s Day is a moment to pause and reflect on all the amazing women surrounding us.” According to Eltz, it is “a day to celebrate every woman, their experiences, their achievements and the goals that they have for the future.”

Whilst it is a day of celebration for some, for others it is a reminder of gender issues prevalent in society. Anna Mleczko, Senior Partnership Marketing Specialist at Future Processing, claims that it is “a reminder of the importance of equally accessible education for boys and girls in countries where this is still a problem.”

“I believe that equality means that every day of the year should be for both men and women. In my opinion, the most important issue to focus on is equality in countries” adds Mleczko.

People might have different interpretations of the day, but the general consensus is that more needs to be done to create gender equality in business. A more transparent approach might aid that, according to Mleczko: “One of the most important steps is to ensure the same level of compensation and gender equality in terms of promotions. Sharing information regarding the salary of chosen positions and career path is a handy tool for companies to use in this aspect.”

Tabata Vossen, Product Marketing Specialist at Qualifio, agrees with Mleczko, claiming that wages need to be made visible for true equality: “Employers can promote gender equality in the workplace by being transparent about wages, to ensure women aren’t receiving less than men for work of equal or comparable value, and by putting more practices in place to achieve equal representation of women and men in business management roles.”

Moreover, psychological safety is another vital factor to be taken care of, according to Emily Plummer, Marketing Director at Beyond Encryption: “Creating a culture that promotes advocacy for everyone – not just women – will ensure a level of psychological safety where everyone can flourish. Actively promoting things like shared parental leave sews seeds of change for future generations, showcasing that things can be done differently.”

Time to break down traditional stereotypes

Driving gender equality is also a practice that needs to be introduced as early as possible, explains Plummer, who argues that it will have a significant positive long-term impact: “Teach your children emotional intelligence. It’s a quality that will forge the path to equality and is the number one thing you should be hiring your management team on. If you’re in a privileged senior role, make it your mission to advocate for the women around you, and nurture them. Be the person your younger self needed.”

Meanwhile, Carlyn Foster, Head Of Marketing at 4D Data Centres asserts that despite the progress being made, there is still much to be done: “Acknowledging the problem is the first step to addressing the issue,” says Foster. “The next is taking action and while there are initiatives being implemented at emphasising grassroots level education that will help encourage larger takeup levels at an earlier age, there is still more work to be done to ensure that this is an ongoing conversation within the sector and broader tech industry”.

Jumping into the world of business can be a scary leap, but Cenergist’s Gray-Mason explains that a problem shared is a problem halved: “Find a good mentor, someone to sound off too,” she explains. “It’s important to work hard but do so as honestly as you can.”

However, as important having a mentor is, it is imperative to have strong decision making power of your own. Future Processing’s Mleczko suggests women take control of their lives actively: “You are the only one who can decide about your life and your future. Do not let your dreams go just because other people say you are not capable of something. Some things need time, so be patient but do not resign. Everyone started at the very beginning.”

While the journey may not be easy, it is vital to keep moving. Every woman has her own qualities and uniqueness that makes her different from others. Beyond Encryption’s Plummer closes by advising women to embrace and bring their unique selves out. She says: “Push yourself outside of your comfort zone, and openly talk about your struggles, because most of the time it’s where you find commonality with your peers. Embrace your quirks, we need more individuals, not carbon copies”. 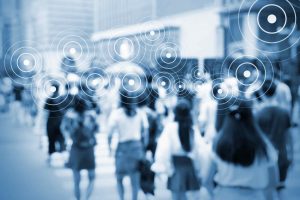