WordPress is No Longer “Just for Blogs” – For WordPress, It’s Showtime

WordPress has come a long, long way since its early days as a blogging platform

Today WordPress powers more than 31% of the entire Web, a small minority of which are blogs. Many enterprises use it as the hub for their digital experiences, because it is a simple yet powerful content management system (CMS).

There are a number of reasons for the lingering, albeit misguided perception that WordPress is “for blogs.” Those unfamiliar with WordPress may think it can’t power modern ecommerce or that it isn’t secure. Some might believe it’s not scalable, or that because WordPress is open source, it’s lacking in quality.

The data show that WordPress is the polar opposite of those misconceptions.

WooCommerce, a popular ecommerce plugin for WordPress, currently powers more than 40% of all eCommerce stores – that’s far more than any other platform. In fact, it’s six times more popular than the next-most-popular eCommerce solution (Shopify), and ten times more than Magento.

With regard to security, WordPress is one of the most secure CMSs you can choose for your website. The vast majority of security threats and incidents that do occur on WordPress sites are the result of vulnerabilities caused by outdated software and password exploits – that is, human error, not technical inadequacy.

WordPress is in fact quite secure, as long as it’s kept up to date. This is true of all software, from your phone and laptop to your CMS. Its open source nature means there are thousands of developers in the WordPress community constantly testing and patching security vulnerabilities in the WordPress core software, and enhanced security features regularly roll out with each WordPress update. Additional security precautions can and should be taken to enhance these efforts, but that is not an anomaly specific to WordPress – it’s true of all software that is connected to the Internet.

The idea that WordPress is for small sites also harkens back more than a decade to its roots as a blogging platform. Today, out of the top 200,000 largest websites (measured by traffic), WordPress powers more of them than any other CMS. This is the very definition of being scalable. The list of enterprises that WordPress now supports is long and impressive. It serves as clear proof that the platform is already successfully scaling to the degree demanded by some of the world’s most complex and trafficked websites. Companies using WordPress include BBC America, Mercedes-Benz, The City of New York, Network Rail and Walt Disney.

WordPress’s massive popularity across the Web and among the 60% of CMS users who choose WordPress over other CMS platforms is due in large part to the incredible support it enjoys from a large and vibrant community in the form of security fixes, designs, maintenance, resources and support.

In fact, the greatest strength of that community is found in the more than 50,000 plugins and designs its members have created and continue to maintain and build in an effort to enrich WordPress and offer incredible opportunity for building sites that harness the latest technologies. StudioPress and its Genesis Framework, which WP Engine acquired earlier this year, are examples of the type of added functionality members of the WordPress community are constantly providing in an effort to further strengthen the CMS.

WordPress is also fast to set up and easy to customise. Because it provides powerful theme frameworks that already have a good amount of the backend structure in place, WordPress gives users a head-start when building a site without all the groundwork effort required when building a site from scratch.

This has helped WordPress become a full-fledged application platform which powers the content inside many proprietary systems, both behind and in front of the firewall.

All of this brings me back to what I think is the most unjustified knock on WordPress of all – that because it’s an open source project, it somehow lacks the power and prestige of proprietary software. That’s not just untrue, it’s frankly upside down.

Open source has won over much of the software world today for a number of reasons, chief among them economics. Once the code quality and feature set of an open source project is good enough, the fact that there are zero software licensing fees eclipses most of the other advantages of closed-source products.

But open source is also winning today precisely because it’s open and collaborative, and it’s proven itself as a better model for innovation and adoption.

This stems in part from the vibrant communities that have formed around many open source projects and whose members contribute to code in a way that doesn’t affect core but is available to the world. There is a lot of value to be derived from that kind of input. Also, the group that contributes code to core is often varied. For example, IBM spends about $1 billion per year on Linux development, which is amazing, and it wouldn’t be happening if Linux were closed-source.

Finally, it’s easier to write quality code when you can actually look at the code you’re integrating with. There’s no guessing about how things work under the hood. Security issues can be found and reported by anyone, because they can inspect it – sunlight is the best disinfectant. With closed-source, you never know what the security issues are, nor which ones have been fixed, or when. In security, lack of knowledge always means increased risk.

This is why open source platforms comprise many of the most exciting areas of tech today: operating systems (Linux), databases (MySQL, PostgreSQL, MongoDB, Redis), web (WordPress), big data (Hadoop), DevOps (Kubernetes) and mobile (Android). It’s open for external development, and it’s not driven by profit. Rather, it’s fueled by the desire to improve.

When technology stacks include thousands of potential products and vendors, the need for integration is greater than ever, and here again open source leads the way. Proprietary software doesn’t offer a lot of room to build or add to it with tools and services that make the most sense. And even then it takes too long to integrate with proprietary software.

I’m a firm believer in great software – great in terms of functionality, quality, security, and a clear solid future. When open source projects have those qualities plus a vibrant community to keep them moving forward – rather than a dependence on the fortunes of any one company – it’s actually the most solid plan for the future you can have.

It’s for all of these reasons I’m confident that WordPress will not only shed its outdated image, it will continue to fuel innovation and growth – for both SMBs and the enterprise – for many years to come. 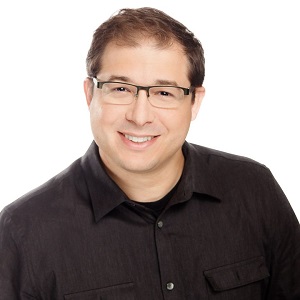 Jason Cohen is Founder & CTO at WP Engine. With over 20 years of experience in business and software development, Jason Cohen is founder and CTO at WP Engine where he develops and refines the company’s technology and product roadmap. Jason is a serial entrepreneur, having built four technology startups to more than $1 million in annual revenue. He is a founding member and mentor at Capital Factory, and was previously a founder of Smart Bear and IT WatchDogs. Jason received the EY Entrepreneur Of The Year 2017 Central Texas Award for Technology.