The future of work is already here, but how fair is it?

When it comes to the workplace, this statement most certainly holds true. There is so much to be excited about as technology continues to evolve and be integrated into our workplaces: whether it be the ever-expanding capabilities of robotics, the rise of artificial intelligence, or the introduction of other intelligent technologies. But as with any great societal change, opportunity for some spells uncertainty for others. The integration of automation in organisations will undoubtedly bring productivity benefits, but there is one as yet unanswered question that looms around these discussions; what will happen once demand for certain roles and their functions can be fulfilled almost entirely by technology? Can society ensure the future of work benefits us all, or will it engender inequality, fulfilling Gibson’s prophetic quote?

The ‘winners’ and ‘losers’ in the future of work

It’s easy to sit back, marvel at the wonders of technological change and ponder the future without fully considering the ramifications that it brings. Faethm’s modelling of all the roles within the UK workforce, and the specific tasks they entail, indicates that there is potential to automate the equivalent of 1.4 million full time roles over 2021 – comprising 4.8% of work currently done in the UK.

The main areas where automation is likely to have the most impact is on roles such as customer service, admin, call centres and other jobs where certain functions can be performed by technology without human input. This is a trend which is likely to be exacerbated by the pandemic, and the demand for socially distant and decentralised work that it has placed on economies around the world.

It’s a sizeable figure in its own right, but the fact that automation is predicted to disproportionately affect different sectors and demographics makes its impact even more complex for governments and organisations to navigate. Our recent modelling indicates that the equivalent of 702,000 roles are currently filled by women (5.4% of the female workforce), with further data allowing us to pinpoint other factors such as age and location as determinants of the negative impacts of automation. These patterns indicate that not only is the future of work in its current guise likely to be unevenly distributed, but it also poses clear risks to those unduly affected by it.

Where the problem lies

For all the ingenuity and invention that technology brings to workplaces, the reality is that diversity and inequality are issues that aren’t going anywhere. In fact, based on its current trajectory, technological change looks set to exacerbate these issues, not solve them. Those occupying roles in which it can be integrated into their work without replacing them – and hence augment their existing capacity or output will benefit the most. The problem is that these roles are typically skewed towards specific subsets of society, such as those working in metropolitan areas, in professional services or consulting roles, or with degree-level education, meaning those outside of these subsets will lose out in the long term.

Let’s use a physical example to explain how we identify those roles at greatest risk of automation. Imagine an old-school overhead projector, with a map of the jobs most likely to be affected. Then, begin adding specific layers to that map which reflect where future roles are likely located, the average age of employees in those areas, and the gender of the individuals most likely to fulfil those roles, an it becomes clear which people are set to lose out and why. Those disadvantaged groups will not only see their role either invalidated or heavily impacted by technology, they will also then lack access to the learning and development needed to retrain and pursue new career opportunities. This creates a self-fulfilling prophecy, and one that must be avoided as we stride into the future and continue pursuing innovation. So how do we ensure we don’t neglect a significant portion of the country in delivering an inclusive vision of the future of work?

Just as technology is the cause of this uneven distribution, so too can it be the cure. The common narrative surrounding automation is that “robots are here to take your job”. In reality there is little truth to this statement – intelligent technologies will guide you in your current role, and help define your next job. But technology is changing the workplace faster than ever before, and businesses must begin using analytics to identify which groups are most at risk from automation to deliver a future of that benefits all, not just a select few. Instead of focusing on replacing workers, companies should invest in targeted reskilling processes. Processes that centre around helping employees develop transferable skills that can be carried over to the new world of work.

Identifying these skills will allow people to move through ‘job corridors’, helping them transition to in demand roles, remain in employment and enhance their adaptability. Whilst there will always be another technological advance around the corner, there will equally be a need for people to make sense of it and to consider emotion, connection, fear, joy, creativity, imagination and other irreplaceably human traits that technology will never fully comprehend on its own. Such an approach brings the dual benefit of continued employment on the part of staff, as well as savings on the costly and time consuming process of recruiting and onboarding new employees for employers. The future of work doesn’t have to be unbalanced; investing time, focusing resources and being proactive now can ensure that.

James McLeod is VP EMEA at Faethm AI. Every responsible employer around the world relies on Faethm for navigating the Future of Work. Our sophisticated SaaS AI platform enables companies and governments to create value from the impact of emerging technologies; supporting jobs, maintaining ongoing development and retaining talent. 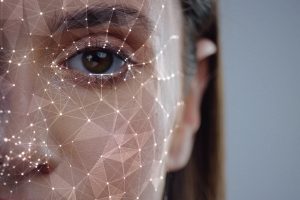 The Facial Recognition Problem: Why Companies Should be Striving for ‘Imperfect’ AI 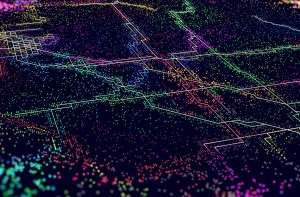