Why Cloud Is The Engine That Will Keep Business Booming

As we begin to gradually emerge from the pandemic, it has become clear that 2020 will go down in corporate history as the year when everything changed

In something McKinsey has now dubbed The Quickening, businesses had to fit a decade’s worth of digital change into just a few short months as they adapted to remote working amid COVID-19 restrictions, much of it hinging on cloud-based technology.

Over the past eighteen months, uncertainty has become the new normal for businesses, with last-minute lockdowns and evolving restrictions a constant threat to productivity. Even ‘Freedom Day’ in the UK, which marked the lifting of all restrictions, led to a so-called ‘pingdemic’ that saw hundreds of thousands of workers being told to self-isolate via the government’s test and trace app.

The one constant throughout the pandemic has been cloud technology, which businesses have begun to adopt at record levels in a bid to keep their workers connected and keep businesses moving. This mass migration to the cloud is unlikely to be temporary either. Recent figures published by Statista reveal more than 70% of employees want hybrid working to stay permanently, and two in every three businesses are planning to downsize their office space to accommodate hybrid working. So how are businesses, and industries at large, planning to leverage the cloud long-term?

How our perception of the cloud is changing

The cloud has now become a necessity for businesses rather than a luxury. As such, businesses are beginning to re-evaluate their relationship with cloud-based tools, platforms and storage facilities in new ways. What was once designed to make businesses faster, more efficient and more streamlined, now also has the added pressure of keeping business afloat as companies seek to bridge the gap between home and the office.

In a bid to further explore how companies’ perception of the cloud might be changing, pCloud commissioned a survey of more than 1,500 businesses from the UK, France and Germany. It was revealed that more than two-thirds (67%) of businesses said they have become more trusting of cloud solutions over the course of the pandemic, presumably because many had been forced to accelerate cloud adoption and been pleasantly surprised. More than 70% of businesses said they’d be reviewing the collaboration tools they put in place due to their increased importance on business survival and day-to-day operations.

The takeaway? Businesses are ready to invest heavily in the cloud. Not only financially, but emotionally and culturally. This means that anything less than best-in-class security, flexibility, choice and ease-of-use is much less likely to be tolerated in a post-pandemic landscape.

Of course, the acceleration of cloud adoption among businesses has also garnered interest from wider industry bodies and governments. The European Union has recently announced plans to limit the reach of US tech giants, reasserting the bloc’s role as a global tech leader. When asked about the measures, 82% of respondents to pCloud’s survey said this would make them more inclined to choose a European service provider to store their data in the cloud. More than 70% welcomed the stricter regulations, preferring to trust smaller providers that share the same geography.

It also signals a concern that many businesses share around data security and where their data is warehoused online. Since the pandemic and the wholesale migration to remote working, nearly 70% of business leaders have become acutely aware of their risk vulnerability increasing. So, while cloud adoption is being very much welcomed, it’s also being heavily interrogated by businesses looking to make the leap. Some will have succumbed to The Quickening and found a rapid-fire solution to simply keep things moving along, but as they start to think about their strategies beyond the pandemic and into the rest of the decade, these businesses will be looking to partner with cloud providers that can demonstrate tight security credentials and excellent levels of personalised service.

The past eighteen months has led to a frenzy of cloud adoption as businesses “panic purchased” solutions to keep their businesses moving. But as things settle down and hybrid working becomes less of a temporary fix and more of a permanent reality, businesses are likely to invest more time, thought and capital into how they can leverage the cloud to their advantage. 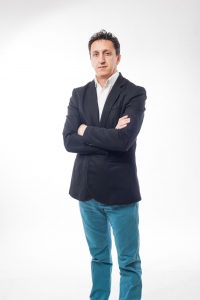 Tunio Zafer is the CEO and founder of pCloud. With a background in IT and technology, Tunio founded pCloud in 2013 to build a place where people have secure 24/7 access to important files, wherever they go. Tunio is originally from Bulgaria where he studied for a Bachelor of Engineering degree, and a Master of Science degree from the University of Sofia, and has since moved the business to Switzerland as a central hub for pCloud in Europe.